María Amparo Ruiz de Burton’s The Squatter and the Don

The most important thing that can be learned from María Amparo Ruiz de Burton’s The Squatter and the Don is something of perspective. Though the book reads like a story on the history surrounding the Treaty of Guadeloupe Hidalgo, it is actually much more complicated and involved than that. In reality, this is a story of one family’s struggle and how they were impacted by American decision making processes during that time.

The easiest thing for Don Mariano to do during that time would be to blame the squatters who took his land and subsequently stole away his family social status.

Don’t waste time
Get a verified expert to help you with María Amparo Ruiz de Burton’s The Squatter and the Don
Hire verified expert
$35.80 for a 2-page paper

Though that would be the easy and simple way out, Mariano refuses to place the blame on those folks, though. Instead, he places the majority of the blame on the American government, who, according to him, had absolutely no right to make such a law. This is something interesting that can be learned about the situation. Though this is only one family’s tale of struggle as a result of the treaty, it can be seen as a representation of what many families were going through at the time.

The overriding theme of the book is the basic struggle between those with Spanish decent and those Anglo-American squatters who threatened their land. This struggle can be tied to the overall theme of the family’s problem with the American government. They were not just mad because the government made an unfair decision, but it was also because they felt as if they government was discriminating against them based upon their race.

In a way, it was rich, white politicians making decisions that benefited their white brethren. This is the primary issue that Mariano and his family face and they never seem to get over that fundamental problem. 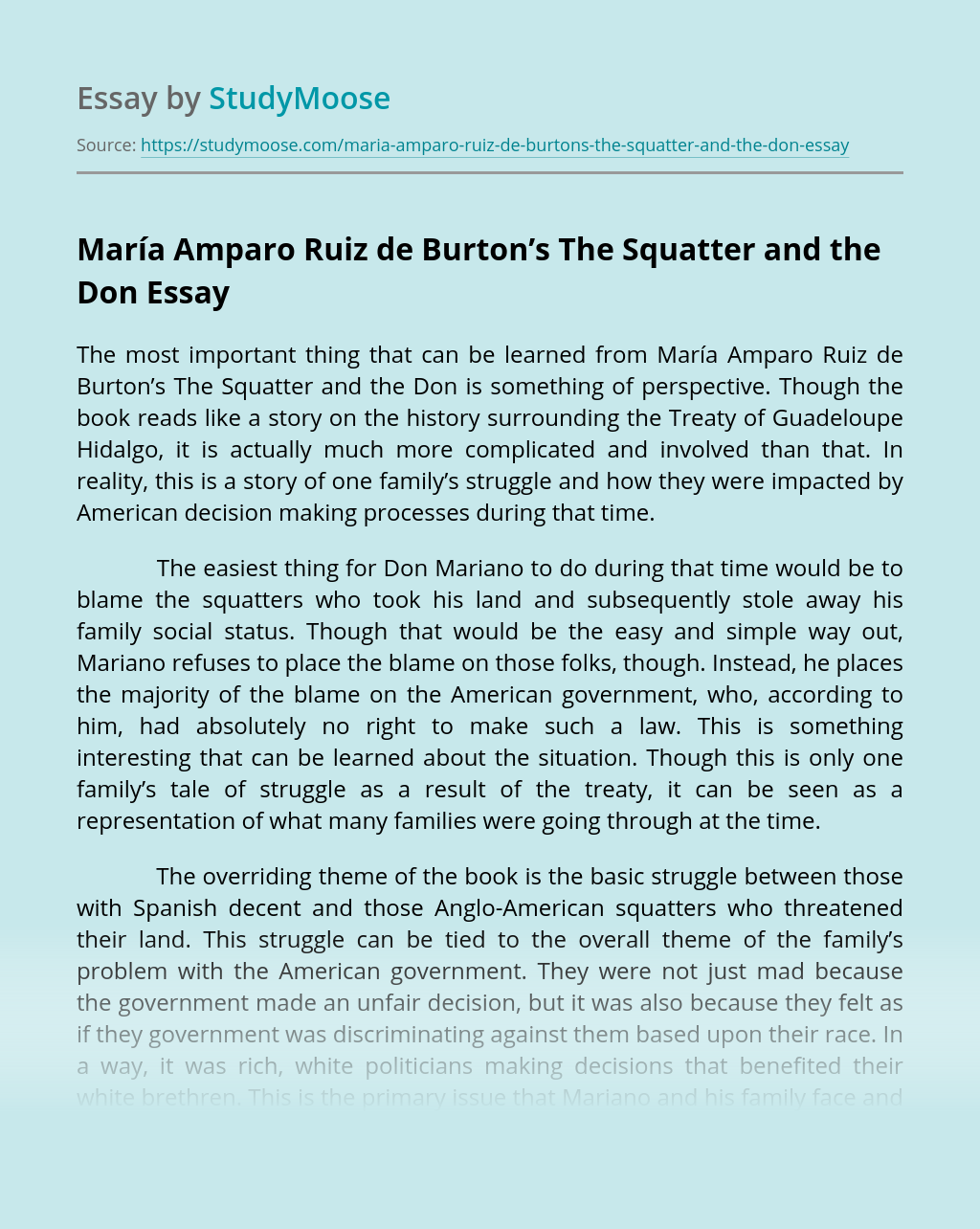 Don’t waste time
Get a verified expert to help you with María Amparo Ruiz de Burton’s The Squatter and the Don
Hire verified expert
$35.80 for a 2-page paper
Stay Safe, Stay Original