Marble statue of wounded AmazonRoman imperial period,1st-2nd century A.D. Copy of a Greek bronze statue of ca. 450-425 B.C. Lower legs and feet have been restored with casts taken from copies in Berlin and Copenhagen. Most of the right arm, lower part of pillar, and plinth are eighteenth century marble restorations. Gift of John D. Rockefeller, Jr., 1932 Accession# (32.11.4). Located in Gallery 153. I chose this figure because it stood apart once I walked into the gallery.She looked like she would be an Amazon since the figure was astonishingly tall.

Don't use plagiarized sources. Get your custom essay on
“ Marble statue of wounded AmazonRoman imperial period1st2nd century AD Copy of a ”
Get custom paper
NEW! smart matching with writer

I also chose her because of the significance of the story behind the Amazons. They have been known for their power, authority and strength, characteristics seldom attributed to women. The marble statue of a wounded Amazon is of a typical Greek nature. It showcased beautiful and symmetrical facial features, strong jawline and perfect nose. The statue displayed large muscles and romanticized an ideal body. The statue’s body is tall and dramatically posed, creating an ambiance of strength and power.

Her hand is cut off and her arm is resting on a pillar. The object did present a short story. In Greek art, the Amazons, a mythical race of warrior women from Asia Minor, were often depicted battling such heroes as Herakles, Achilles, and Theseus. This statue represents a refugee from battle who has lost her weapons and bleeds from a wound under her right breast. Her chiton is unfastened at one shoulder and belted at the waist with a makeshift bit of bridle from her horse. 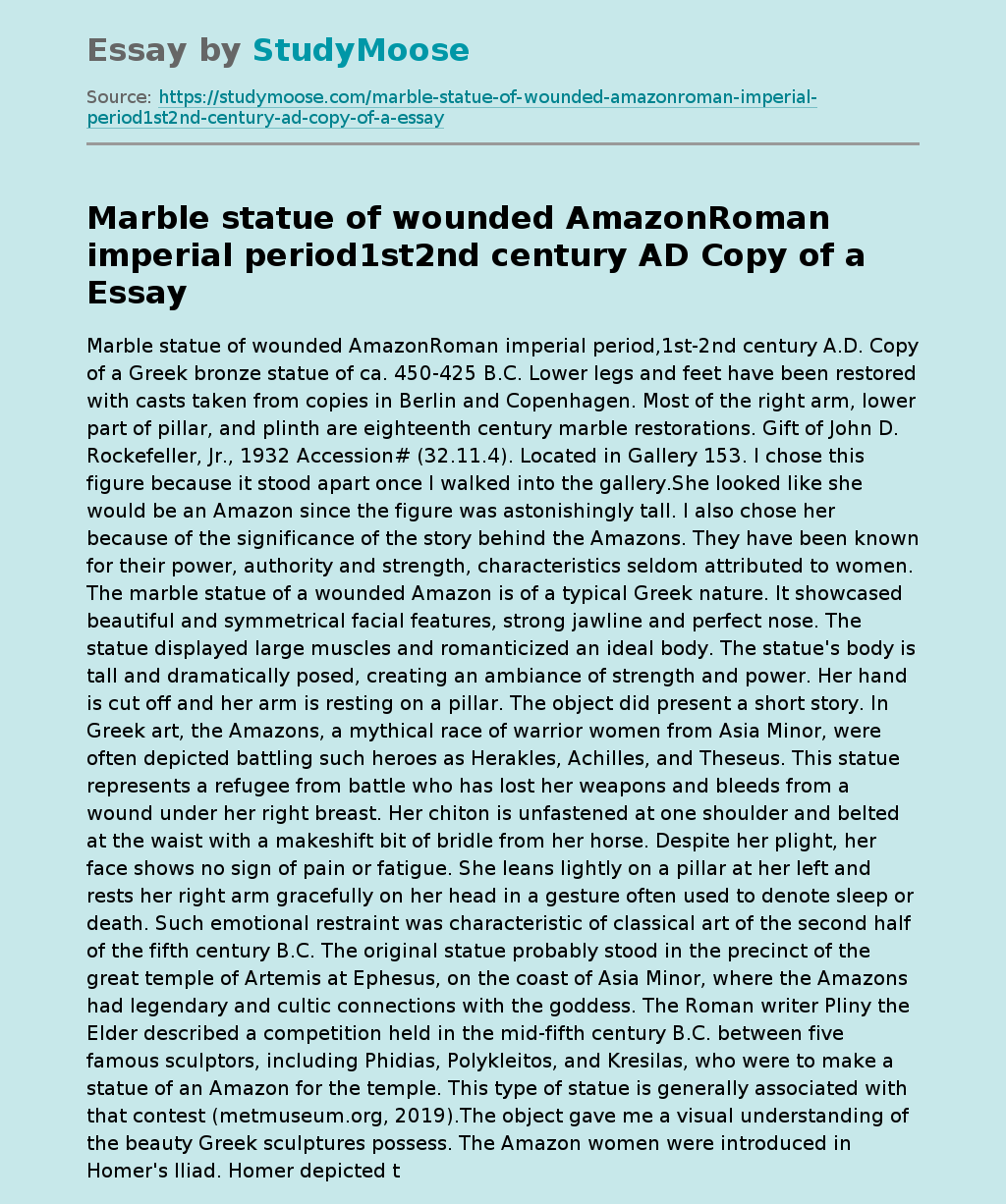