About the author
Books by Betty Friedan Introduction for essay about Betty Friedan

Betty Friedan was an American feminist writer and activist. She is best known for her 1963 book The Feminine Mystique, which is often credited with sparking the second wave of feminism in the United States. In 1966, Friedan co-founded the National Organization for Women (NOW), and served as its first president. She remained active in the feminist movement until her death in 2006.

Betty Friedan was an important voice for women’s rights in the 20th century. She was a leading figure in the women’s liberation movement and her work helped to bring about significant changes for women in the United States. Her legacy continues to inspire women today to fight for their rights and to strive for equality. 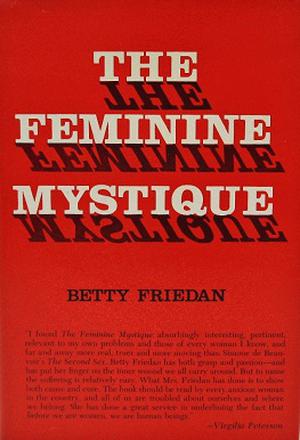 VIEW ESSAYS ON "The Feminine Mystique"
Role of American Literature in Feminist Movement Expanding of Feminism throughout The End of the 20th Century CWLU’s Place in Second Wave Feminism Feminist Movement in Literature Feminism in the Rise of Television The False Argument on the Intellectual Inferiority of Women in David Stoves Essay the Intellectual Capacity of Women Social Norms and The Pursuit of Happiness in “The Awakening” Independent Women APUSH Chapter 37 ...See Other 4 essay examples from this book
We've found 1 books by Betty Friedan and 9 essay samples
Save Time On Research and Writing
Get My Paper
22 We've found 9 essay samples about Betty Friedan
Prev
1 of 1
Next