The story is about a barber-slash-revolutionary during the time of war in a certain area. One afternoon, he is faced with a very awkward situation: the leader of the military force is going to have a shave in his barbershop. With this situation at hand, his dilemma would be to perform his job as a barber and give the military officer the shave he needs, or is he going to do his duty as a revolutionary, and take matters into his own hand and razor (Tellez, 1908).

Don't use plagiarized sources. Get your custom essay on
“ Just Lather, That’s All by Hernando Tellez ”
Get custom paper
NEW! smart matching with writer

The main conflict of the story is whether or not the barber would kill the military officer, Captain Torres, now that he has the officer’s neck under his razor. The barber is an undercover revolutionary who spies in town to know the military’s moves. Because of his concealed identity, he can go on with his job as a barber and serve as a revolutionary at the same time. His duties in the revolution are very important, though he is not the one in the battlefront.

He is not used to confront with the enemies face to face.

That’s why when the executioner of the rebels walks in to his barbershop, he is overcome by his feelings, and doesn’t know what course of action he would take. The conflict of the story is not man versus another man; instead it is man versus himself. The barber is struggling to get hold of him, in order to do what is necessary. Finally, he finished shaving the Captain without resorting to any violence, as he chose to do his job as a barber, instead of his duty as a revolutionary.

His reason was clear, he didn’t want to drive himself to murder, just because he got his chance. In the end, he finds out that the Captain knows of his true identity and was just testing him. Captain Torres told him that it was really hard to kill, and the barber can attest to that. 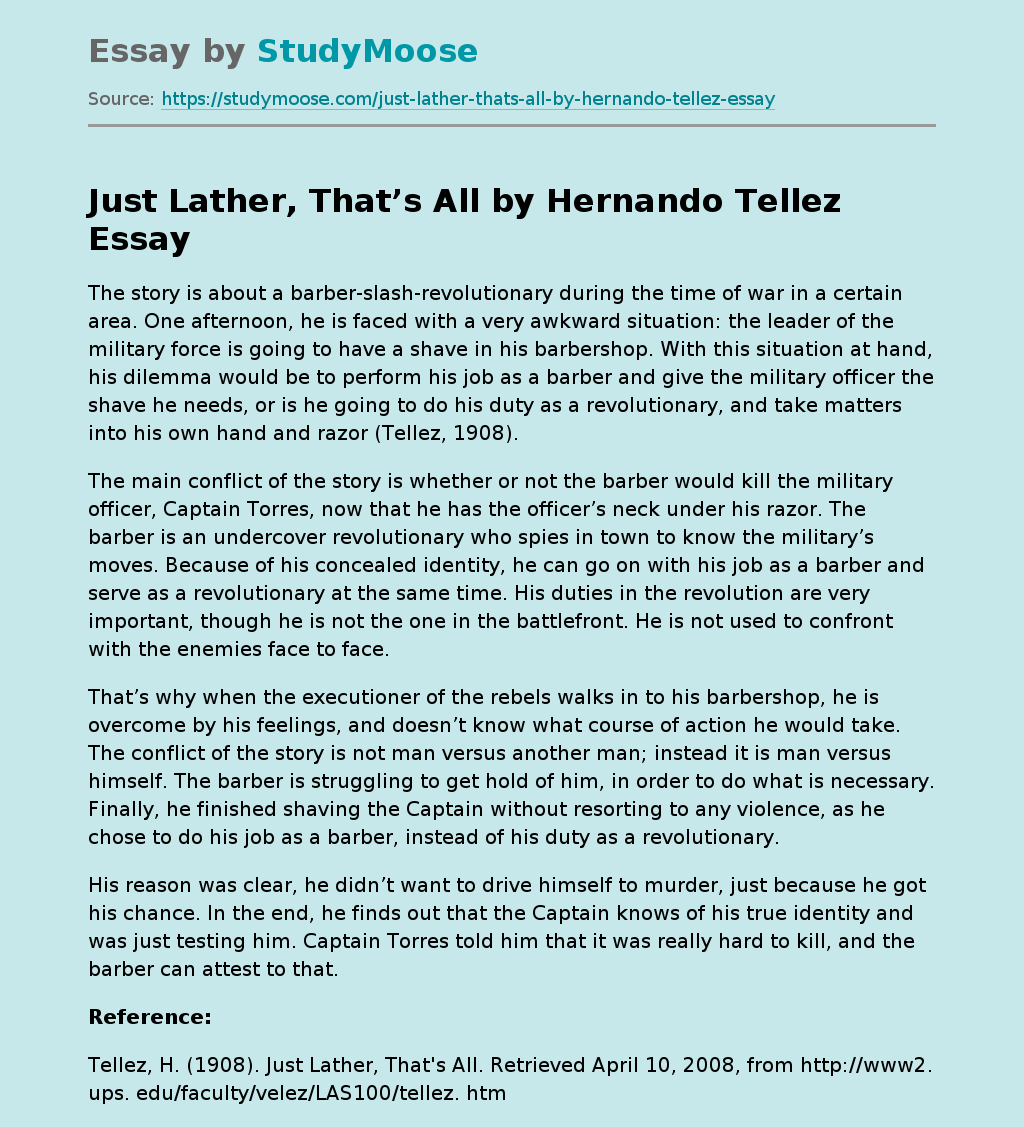