Iron Jawed Angels starts off focusing on two well-to-do women named Alice Paul and Lucy Burns. After participating in the women’s suffrage movement in England as suffragettes, the two ladies decided to spread this ideal in America. At the time, there was already a National American Woman Suffrage Association (NAWSA), but the association did not go to the lengths of suffrage that they were looking for. Instead, the National Women’s Party was created.

With Paul and Burns leading this party, NWP was able to progress and share their ideas in society. They were able to work as role models and instill courage in other women to stand up for what they deserve under the constitution. Even when men yelled at them or attacked them, they kept strong.

Since Wilson did not originally give in to what they wanted, the women started to protest right in front of the White House and even had signs quoting the hypocrisy of President Wilson.

This act in itself showed the valiant and brave qualities of these women; it made a statement: they will not back down without a fight. So even when Wilson declared war and became a war president, the women still continued to fight for their suffrage. However, with their relentless cause came unfair consequences as they were arrested and sent to a workhouse under the weak reason of “obstructing traffic.” Paul eventually, too, was arrested and decided to have a hunger strike like how people did back in her country.

To avoid public outrage after hearing of her death, the government ensured to feed her through tubes by force. Even still, the conditions that Paul and these women had to go through were spread throughout the media due to a note passed on to the U.S. Senator from his wife, who was held in the workhouse as well, which eventually leads to Wilson finally passing the nineteenth amendment to grant the suffrage of women.

In my opinion, I absolutely loved the movie. It was very poignant and interesting, which had my eyes glued to the screen at all times. When Paul was being tortured and force-fed- the general brutality of it all- literally brought tears in my eyes. Plus, the acting was very good- the fact that the women talked in a modern accent and even sometimes joked around, made it easier for young women to connect to them- they were just like us; just young women wanting to exercise their rights.

This movie not only helped me learn more about the details of the women’s rights movement in America, but it also had me sympathize with the women. It made me think about how the people we merely read about in history books were dedicated for their causes and even went to the lengths of choosing between life and death. Their passion and knowledge for what they believe in is outstanding and I believe that U.S. History students should give more interest and credit to them than they do today. 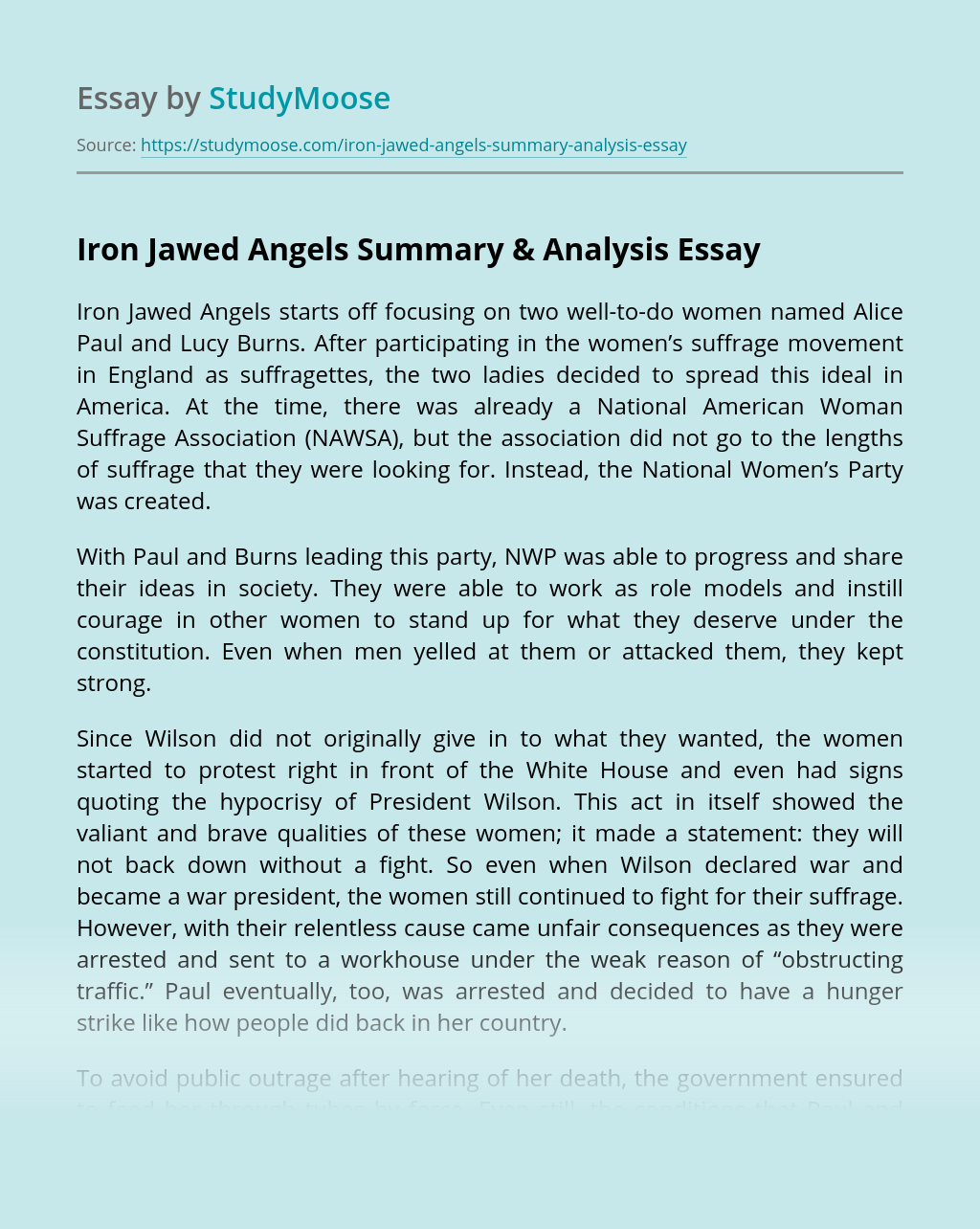 Rate this post How profound must it have been for the two psychiatrists to stmble upon the first recorded case of multiple personality disorder (MPD). This discovery opened the eyes of people all around the world and was arguably the reason for the massive rise in diagnoses for MPD. The movie is based on a...

Rate this post What do you know about sense of humor? Did you know that it helps you control human health and emotions? “Sense of humor is a way to produce and experience pleasure by provoking or being provoked to laugh. It is also a trait of appreciating the humorous, you can’t live without humor...

Rate this post Type of access control by which the operating system constrains the ability of a subject or initiator to access or generally perform some sort of operation on an object or target. In practice, a subject is usually a process or thread; objects are constructs such as files, directories, TCP/UDP ports, shared memory...

Rate this post To bring awareness to my audience about animal cruelty. Introduction: As humanity has grown, there has been an increase in authority and rules and regulations of everyday life. One of these rules is animal cruelty. Animal cruelty simply means cruel unjustified treatment of animals and sometimes pets to unnecessary harm and pain....

Rate this post I began my preparation for this negotiation by reading the section in the textbook, The Pakistani Prunes, on page 498. Although this did not give me any additional information on the negotiation itself, it did make me aware of the main idea of this negotiation which was “work together in cooperation.” When...