Family is a combination of unconditional love, although the function or purpose of a family might be similar, family structure differs all over the world. As that being said there is a huge difference between the United States and Ireland. I choose to pick Ireland because it’s a small country and it’s a country we should really be looking up too.

Because of Ireland’s prominent Roman Catholic roots, the family structure has not changed as drastically as it has in other countries.

Don't use plagiarized sources. Get your custom essay on
“ Irish Family Structure ”
Get custom paper
NEW! smart matching with writer

In other countries, divorce rates are extremely high, people get married at young ages, and families are typically small. Ireland is more traditional in the aspects when it comes to marriage, unlike the United States where divorce is extremely common. Divorce is small in Ireland and extremely rare. One in three families don’t end up having the traditional model of a marriage couple.

The family structure in Ireland is really two structures, nuclear and extended, but the majority is nuclear.

Nuclear families are families with two parents and extended means families that live with a relative, or a single parent. These two structures take up for the majority of Ireland. In many families they pass down traditions, or things the parent(s) would have. In fact, they each carry the rings of the average Irish cultures. The average children a married couple may have it up to one or two. Huge families are not extremely dominant in Ireland.

The average families in Ireland have pretty typical modern roles.

Women’s roles have changed as they began going into the work force. They are no longer expected to be a housewife and take on the nurturing motherly role. For men it is now acceptable to be sensitive and compassionate to their children as well as taking an active role within the family. Many more men are taking a larger role in raising the children and helping out with housework. Children are now seen as competent rather than innocent, acknowledging their values, roles, and abilities within society. It is safe to say that their roles are typical for a modern American family. 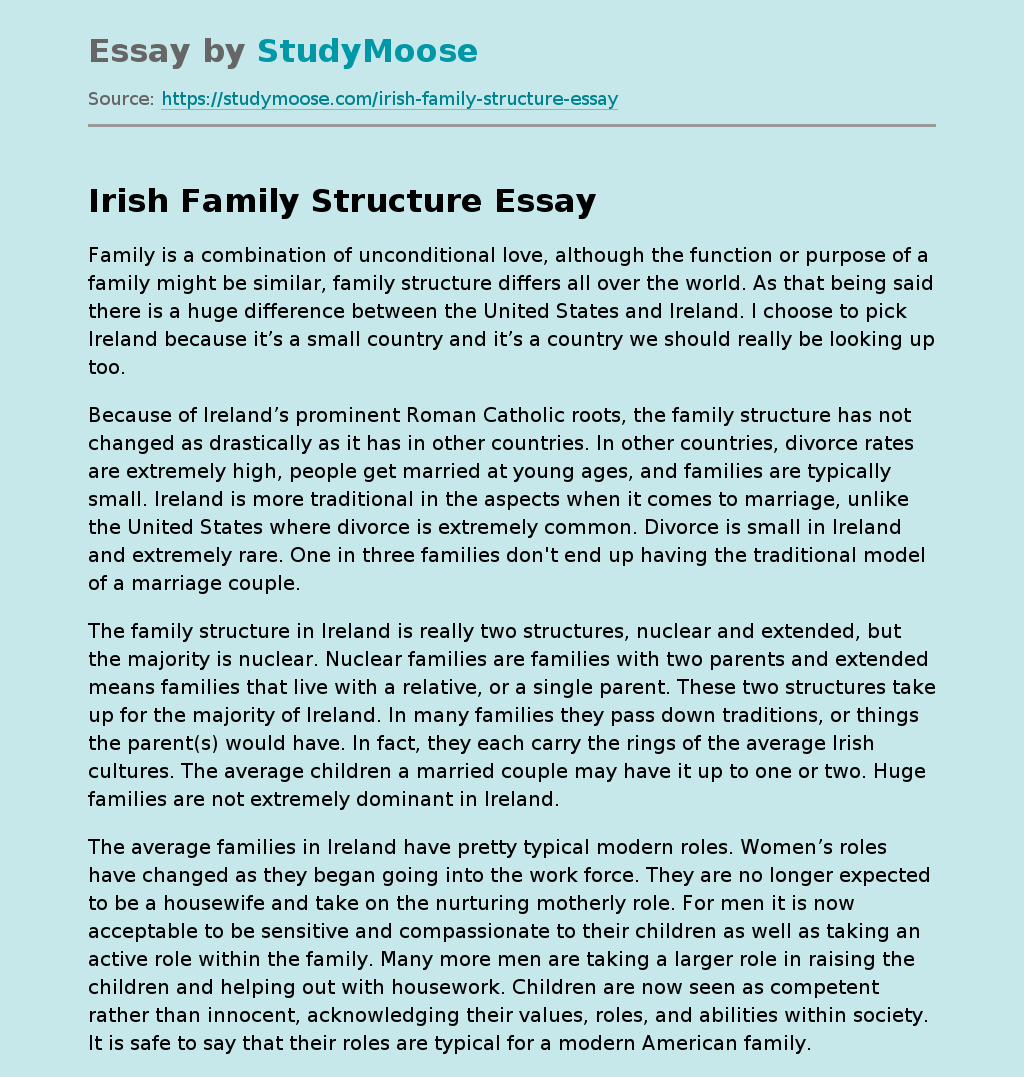