During World War II, the Indian National Congress told citizens to
refuse to vote in elections.
After the partitioning of India, 10 million people became
Refugees
Gandhi’s nickname, Mahatma, means
great soul.
Indira Gandhi became India’s first female prime minister because
the people of India voted her in.
Which of the following occurred as a result of India’s partition in 1947? Select all that apply.
Gandhi was assassinated.
Citizens began to riot.
Why is Gandhi considered one of the most influential people of the twentieth century?
He inspired other leaders to be non-violent.
Don't use plagiarized sources. Get your custom essay on
“ Indian Independence ”
Get custom paper
NEW! smart matching with writer
Which of the following ended the post-partition fighting between Hindus and Muslims?
Gandhi’s protest hunger strike
Why was the Salt March a turning point in India’s struggle for independence?
A foreign journalist gave the story an international audience.
If the United States was to be partitioned in the same way India was, the partition would be based on
religious groupings.
Why did Gandhi encourage Indians to weave their own cloth?
Textiles were a major source of income for Britain.
Get quality help now
Marrie pro writer

+84 relevant experts are online
Hire writer
Who made the following statement regarding the partitioning of India?
Those who demand separation would, in the end, suffer most for it _
Jawarharlal Nehru
Gandhi was trained to be a
Lawyer
One of Jawaharlal Nehru’s first duties as India’s Prime Minister was to
improve living standards for Indians
Which of the following is the best example of civil disobedience?
refusing to pay taxes because you disapprove of how the money is being used by the government
Deanna Perez
Share 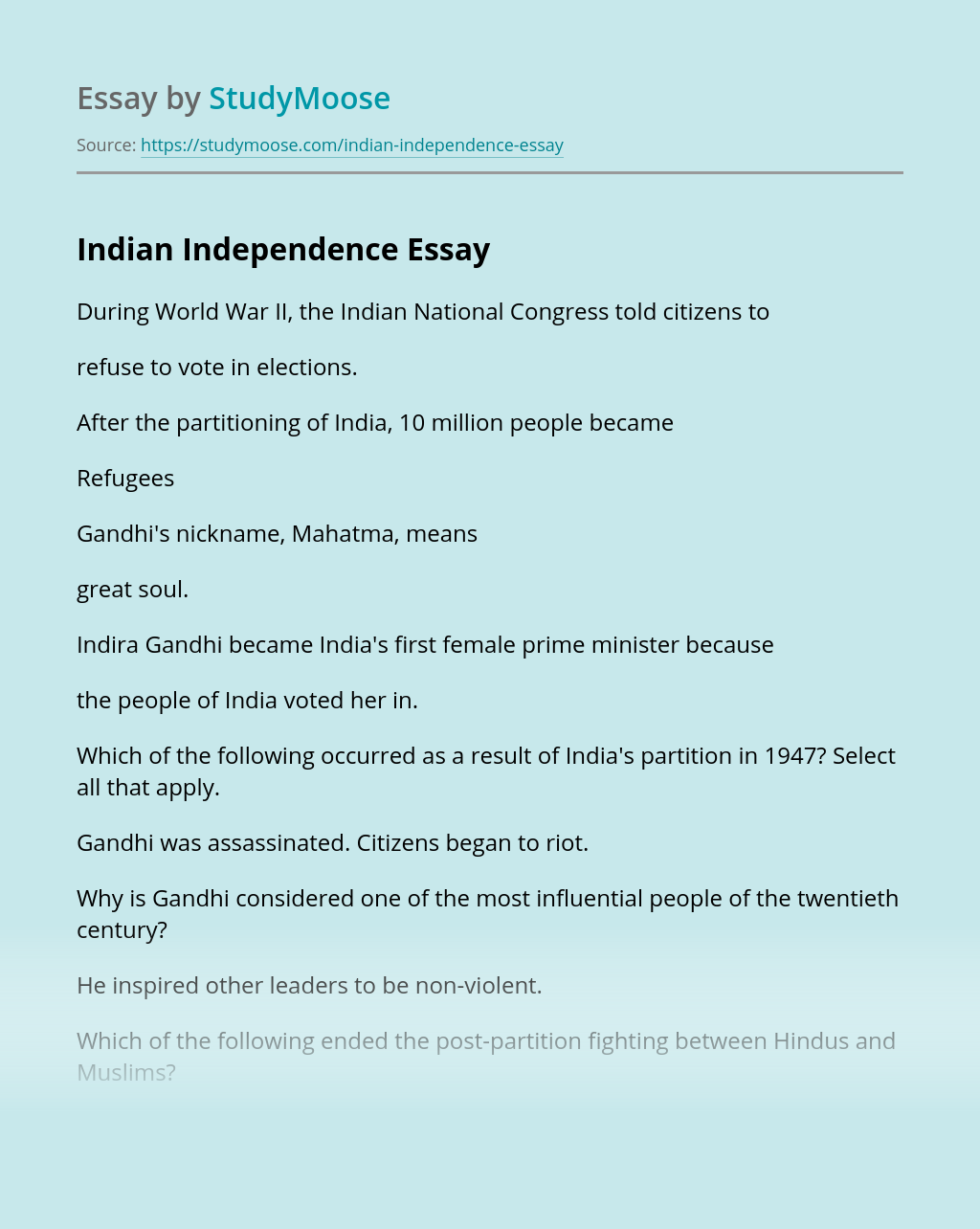