Impact of Globalisation on Folk Culture

It has been experienced that every step of movement towards economic, political and cultural modernization, taken by the state in India, is responded to by the people with an enhanced sense of self-consciousness and awareness of identity. Cultural modernization, sponsored by the forces of globalization, is resented if it encroaches upon or does not promote the core cultural values of society, its language, social practices and styles of life. The vigour of the renewed sense of self-awareness generated among the members of the local cultures and communities is such as to succeed in making adaptive reconciliation with the forces of globalization.

Don't use plagiarized sources. Get your custom essay on
“ Impact of Globalisation on Folk Culture ”
Get custom paper
NEW! smart matching with writer

The linkages both visible and invisible, defining the cultural interdependence among communities and regions in India which have existed historically, reinforce instead of threatening the national identity. These bonds seem to become stronger as India encounters the forces of modernization and globalization.

Globalization is the process which expands and accelerates the movement of ideas and exchange of commodities over vast distances.

From a global perspective, globalization’s most important impacts are often highly localized. Globalization really affects people with respect to their way of life, culture, taste, fashion, preferences, etc. It has led to good and bad effects on the lives of the people. With the dream of great opportunities, people used to move from east to west and vice-versa. But, the global financial crisis all over the world resulted in reverse migration. Researches had proved that many foreign-born workers; mainly from China and India, have considered returning home to better job opportunities.

Impact of Globalisation on Folk Culture. (2016, Apr 13). Retrieved from https://studymoose.com/impact-of-globalisation-on-folk-culture-essay 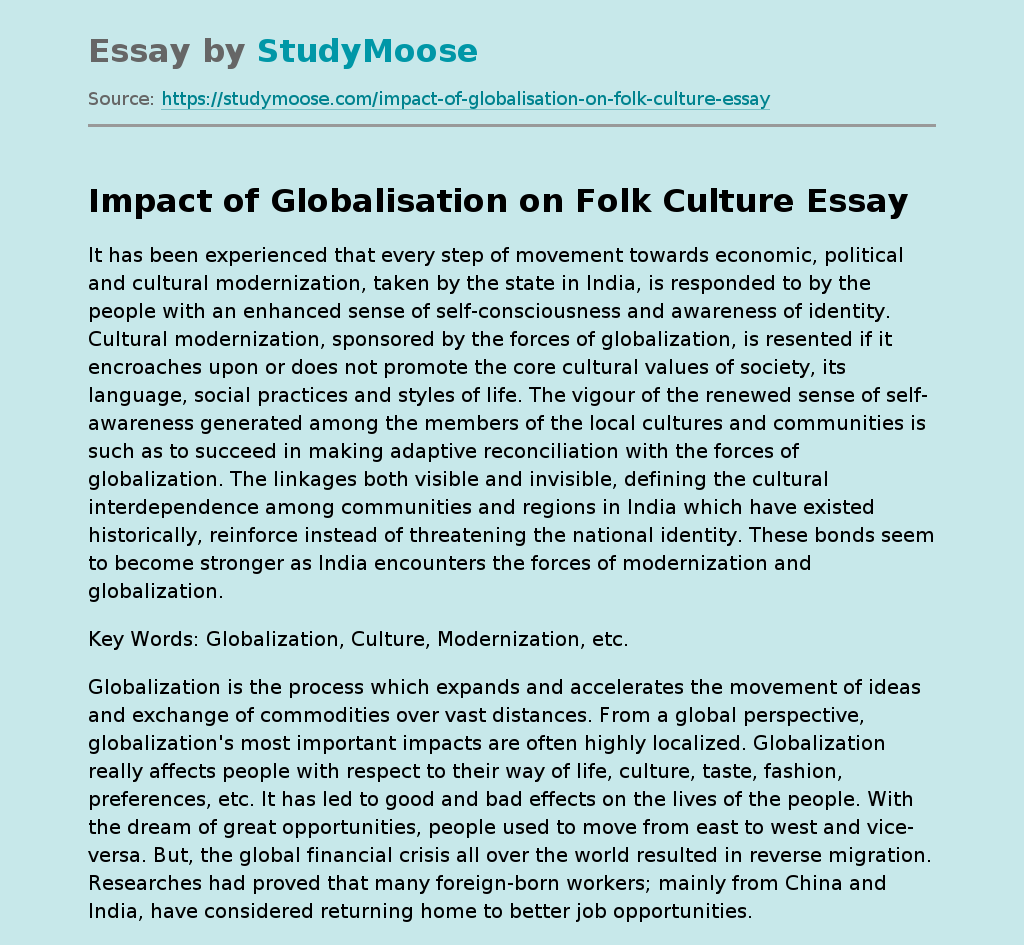