The film the Hunger Games gives out a hot, jumpy energy that’s irresistible. It has great romance, intensity and suspense. The Hunger Games is a mysterious, intriguing and thrill-seeking movie, it’s directed by Gary Ross and it’s based on the novel by Suzanne Collins. The film is set in a place called Panem in an unknown time in the future after the mass destruction of North America. The book starts off in District 12 which is a region that is poor and not as wealthy as other districts but is well-known for producing coal.

The games is organized and made by the Capitol for the 12 districts that rebelled and did things against the government. So as punishment each year on reaping day one male and female (between the ages of 12-18) are randomly selected from each district, in total there are 24 tributes that are forced to participate in the annual Hunger Games. The Hunger Games is an on-screen event where the selected tributes must fight to the death in a dangerous outside arena.

The spectacular Jennifer Lawrence acting as Katniss Everdeen gives us a female warrior worth cheering and her remarkable partner Josh Hatcherson acts as Peeta Malark, in the beginning the two don’t know each other that well but eventually they become close overtime.

It’s quite obvious that Suzanne Collins didn’t get to help out for the film because in my opinion I think lots of parts from the movie were missed out and several bits went wrong so it wasn’t as faithful as the book.

For example in the novel, some of these deaths are long so it showed the determination of some characters in their final moments. For instance, in a scene, Katniss rests and camps not far from a young female tribute that starts a campfire. After the girl is discovered, she is attacked and nearly killed by some of her associated tributes. But when they notice that she’s alive after the attack, Peeta is sent to finish her off. Also when Cato is faced against a group of vicious mutts, he survives for several hours before Katniss finally puts him out of his misery. However, in the movie the deaths of the tributes are done quickly. The girl discovered near the campfire was dying rapidly after she was attacked and Cato’s suffering only went on for a few moments until Katniss killed him. Another example is when the book included mutated versions of late tributes born-again as horrific and atrocious dogs. In the book, Katniss recognizes parts of the former tributes in the mutant dogs but in the film the dogs are nothing more than over-sized
wild beasts.

The acting exceeded my expectations, bringing the characters to life. Jennifer Lawrence as Katniss is remarkable, her performance shows a wide range of emotions from happy to sad, afraid to angry and desperate to confused. Josh Hutcherson as Peeta expresses the seriousness and courage of the character well and Liam Hemsworth as Gale shows tremendous skill at expressing so much meaning with just small movements. Among the supporting cast, Woody Harrelson as Haymitch stands out, wonderfully walking the character through an arc from drunken fatalism to bemused curiosity to persistent dedication to his mentees. Donald Sutherland plays President Snow as a deliciously understated villain; there is no cackling laugh or twirled moustache, but only the calm incisive patience of a calculating tyrant. Impressively and disturbingly at the same time, Alexander Ludwig and Isabelle Fuhrman are positively chilling as Cato and Clove, the District 2 tributes absolutely committed to the bloodthirsty viciousness of the Games – a stark contrast to Peeta, whose greatest fear is not death, but selling out to become the mindless monster the Capitol wants him to be. And Lenny Kravitz, too, proves why he was an inspired choice for the quiet yet influential Cinna. 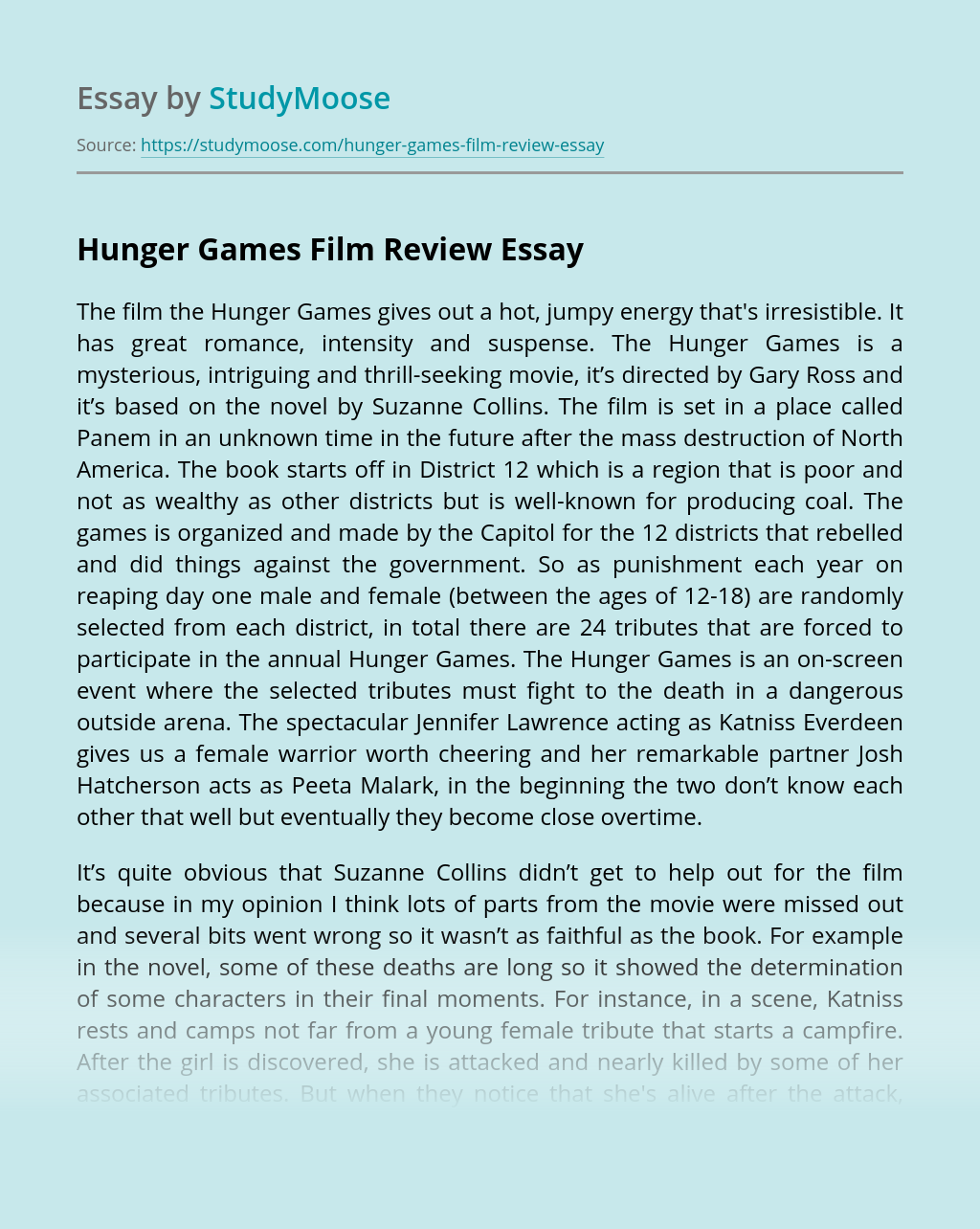