Chemistry has been called the science of what things are. Its intent is the exploration of the nature of the materials that fabricate our physical environment, why they hold the different properties that depict them, how their atomic structure may be fathomed, and how they may be manipulated and changed. Although organic reactions have been conducted by man since the discovery of fire, the science of Organic chemistry did not develop until the turn of the eighteenth century, mainly in France at first, then in Germany, later on in England.

Don't use plagiarized sources. Get your custom essay on
“ History of organic chemistry ”
Get custom paper
NEW! smart matching with writer

By far the largest variety of materials that bombard us are made up of organic elements. The beginning of the Ninetieth century was also the dawn of chemistry, all organic substances were understood as all being materials produced by living organisms: wood, bone, cloth, food, medicines, and the complex substances that configure the human body. Inorganic material was believed to come from the Earth: salt, metals, and rock, just to name a few.

The name organic chemistry came from the word organism. Prior to 1828, all organic compounds had been obtained from organisms or their remains.

Today, chemists consider organic compounds to be those containing carbon and one or more other elements, most often hydrogen, oxygen, nitrogen, sulfur, or the halogens, but sometimes others as well. Organic chemistry is defined as the chemistry of carbon and its compounds.

Before the nineteenth century, chemists generally believed that compounds obtained from living organisms were endowed with a vital force that distinguished them from inorganic compounds. According to the concept of vitalism (vital force theory), organic matter was endowed with a “vital force”.[8] During the first half of the nineteenth century, some of the first systematic studies of organic compounds were reported. Around 1816 Michel Chevreul started a study of soaps made from various fats and alkalis. He separated the different acids that, in combination with the alkali, produced the soap. Since these were all individual compounds, he demonstrated that it was possible to make a chemical change in various fats (which traditionally come from organic sources), producing new compounds, without “vital force”. In 1828 Friedrich Wöhler produced the organic chemical urea (carbamide), a constituent of urine, from the inorganic ammonium cyanate NH4CNO, in what is now called the Wöhler synthesis. Although Wöhler was always cautious about claiming that he had disproved the theory of vital force, this event has often been thought of as a turning point.[8]

The crucial breakthrough for organic chemistry was the concept of chemical structure, developed independently and simultaneously by Friedrich August Kekulé and Archibald Scott Couper in 1858.[10] Both men suggested that tetravalent carbon atoms could link to each other to form a carbon lattice, and that the detailed patterns of atomic bonding could be discerned by skillful interpretations of appropriate chemical reactions.

The pharmaceutical industry began in the last decade of the 19th century when the manufacturing of acetylsalicylic acid (more commonly referred to as aspirin) in Germany was started by Bayer.[11] The first time a drug was systematically improved was with arsphenamine (Salvarsan). Though numerous derivatives of the dangerous toxic atoxyl were examined by Paul Ehrlich and his group, the compound with best effectiveness and toxicity characteristics was selected for production.[citation needed]

Early examples of organic reactions and applications were often serendipitous. The latter half of the 19th century however witnessed systematic studies of organic compounds, Illustrative is the development of synthetic indigo. The production of indigo from plant sources dropped from 19,000 tons in 1897 to 1,000 tons by 1914 thanks to the synthetic methods developed by Adolf von Baeyer. In 2002, 17,000 tons of synthetic indigo were produced from petrochemicals.[12]

In the early part of the 20th Century, polymers and enzymes were shown to be large organic molecules, and petroleum was shown to be of biological origin.

The development of organic chemistry benefited from the discovery of petroleum and the development of the petrochemical industry. The conversion of individual compounds obtained from petroleum into different compound types by various chemical processes led to the birth of the petrochemical industry, which successfully manufactured artificial rubbers, various organic adhesives, property-modifying petroleum additives, and plastics.

The majority of chemical compounds occurring in biological organisms are in fact carbon compounds, so the association between organic chemistry and biochemistry is so close that biochemistry might be regarded as in essence a branch of organic chemistry. Although the history of biochemistry might be taken to span some four centuries, fundamental understanding of the field only began to develop in the late 19th century and the actual term biochemistry was coined around the start of 20th century. Research in the field increased throughout the twentieth century, without any indication of slackening in the rate of increase, as may be verified by inspection of abstraction and indexing services such as BIOSIS Previews and Biological Abstracts, which began in the 1920s as a single annual volume, but has grown so drastically that by the end of the 20th century it was only available to the everyday user as an online electronic database.[14]

The Importance of Chemistry in Everyday Life

During laboratory technique 1 we learned how to separate insoluble liquids from solids by means of filtration, and how to separate a dissolved solid from a liquid by means of evaporation. I have often asked myself the importance of some of the required classes in my schedule and how they can relate to everyday life. I believe in the saying that if you don’t use it you will lose it, meaning that if the concepts I learn cannot be applied to something that I will remember on a daily basis then the possibilities of me not remembering them at all are greater. This is especially true if you’re not a science or medical major as I am not.

However in this class I am discovering that things we are learning can definitely be applied to processes that my mind uses daily and procedures that are performed daily and are as close to me as my own kitchen. In pondering the idea of filtration and evaporation I begin to think of the water that I drink on a daily basis. Without even being aware of the process I have been using filtration on a daily basis. I purchased a filter for my sink a number of years ago to improve the taste of my water and get rid of what I called the (bad things) that my body didn’t need. At the time I had no idea I was making a scientific decision and using a scientific method.

I had determined that the water in my house did not taste well and that the taste could be improved. Listening to others who had boasted about the success of filtered water I decided to test their hypothesis out for myself. I bought from the local hardware store a basic water filter system that could be attached to the faucet of your sink. Supposedly this water filter would remove the harmful substances from my water and improve the taste. I tested the hypothesis by first pouring myself a glass of unfiltered water and sitting it aside. I then attached my filter system and poured myself a glass of filtered water. I tasted both and observed the differences in each taste. The hypothesis was now justified in my eyes, the filtered water tasted better. I offered my hypothesis to my husband and children and allowed them to make their own observations. We all agreed that the filtered water tested better. The hypothesis had now become theory in my household.

Now since this class I’ve been observing just how this filter system works. I have discovered that the residue that remains after filtering in some way affected the taste of my regular tap water. I have since learned that this residue consists of salt and other stuff that could definitely dramatically affect the test. Interestingly enough though, this filtration process didn’t start with me. Scientist years ago began to filter water for health reasons. Elements that are deadly to our human bodies (such as chloride) are filtered out daily through our elaborate water system to ensure that our water is healthy to drink. Without this process we would have entire cities dying just like the colony of Jamestown centuries ago!

Wow I guess science is a necessary in my daily life, I just never knew that’s what it was called. 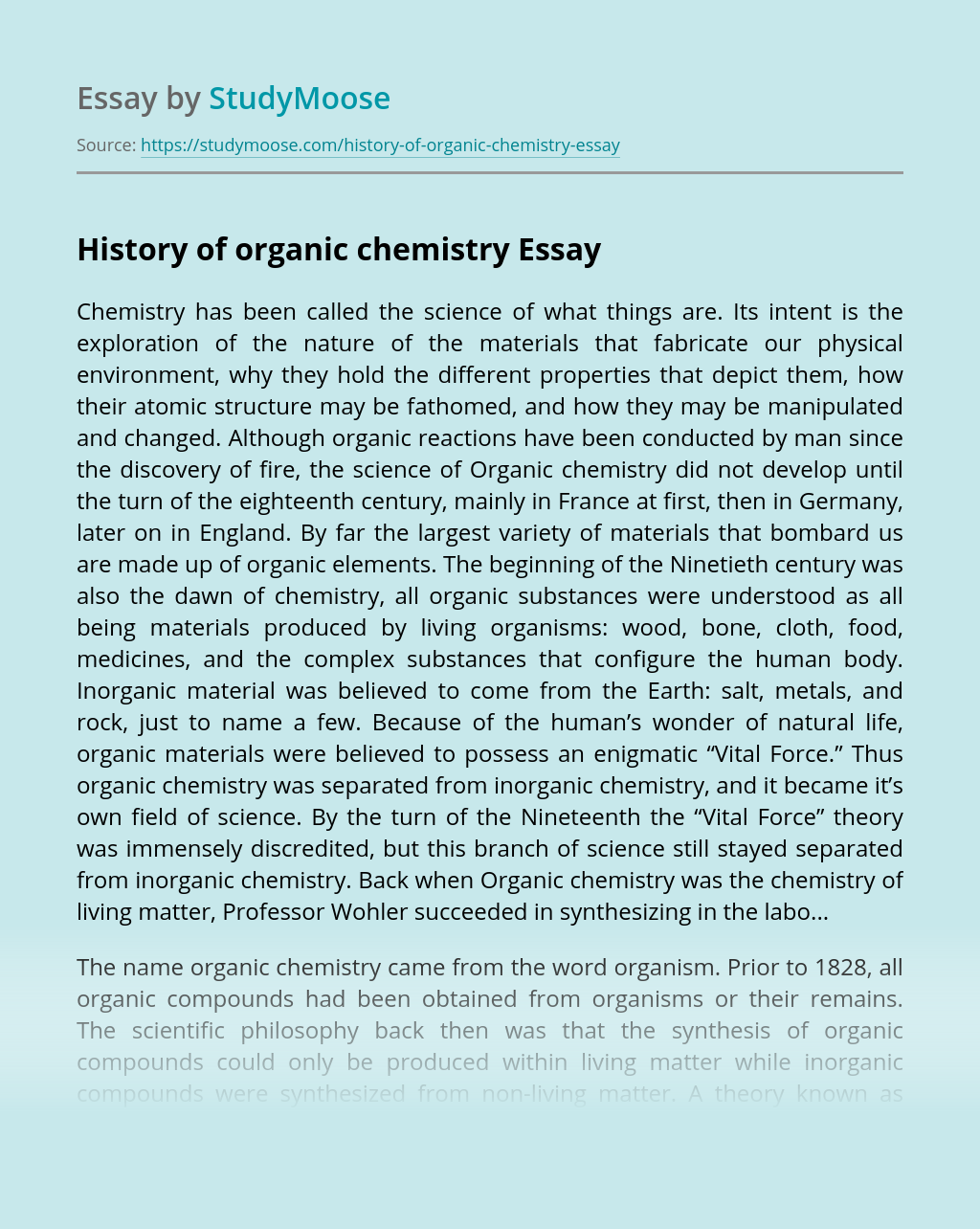