In “The Four Freedoms” speech, President Roosevelt describes the historical context in which the U.S. finds itself one year before the attack on Pearl Harbor, but describing that context is not the point of his speech. His point is to promote the “four freedoms” but he does not actually get to outlining the “four freedoms” until the very end of the speech. Consider his speech in connection with the “Our Freedoms and Rights” document and the information provided as historical background.

Don't use plagiarized sources.
Get Your Custom Essay on Four Freedoms Just from $13,9/Page

Why does Roosevelt believe it is necessary to articulate a new set of American freedoms?

In “The Four Freedoms” speech President Roosevelt was speaking to the American people, the ones who had fear of the war that was being fought across the ocean. The President Roosevelt defined the four ideas as essential freedoms everyone should have thought out the world and entitled to enjoy:

1. Freedom of speech and expression 2. Freedom of every person to worship in his own way 3.

Freedom from want 4. Freedom from fear Essentially preparing the American people that he was thinking about sending troops to help England fight their war. He thought this was the right thing to do as England needed some support and they deserved these freedoms. It was a war that threatened our economic security and foreign policy. Helping England preserve the four freedoms that he felt everyone in the world deserved.

What audiences — and by that I mean what social groups (for example: age group; educational group; economic group; religious group; political group; ethnic/linguistic group; gender group) — do you think the Roosevelt is addressing in “The Four Freedoms”? Why do you think so? What evidence is there for your assessment? How do you think Roosevelt wants these groups to respond? [Think carefully about this question. There are often other audiences than the explicit one stated. To figure those out will require that you bring to bear your understanding of the historical situation and of the political situation of Roosevelt’s time.]

His speech was for every American as we all deserved these freedoms. Every age group, man, woman, child, black, White, Protestant, Catholic, Baptist or Atheist deserved these rights. To accept the diversity that made up our country. He also spoke to those in foreign lands as they also had the right to freedom in these areas. That no individual was more superior than the other.

He was speaking to the poor, the ones that had a need. With unemployment there was no money, no food or care for the sick.. He implemented a social service programs for these people with social security, unemployment, aid for single mothers, and healthcare for the poor.

The businessmen to help this country with global exporting of goods, making the country more prosperous and a leader in the global network of business back then. Helping the economic security with global exportation of goods and imports from other countries.

He spoke of our freedom of religion, a right to choose the God we want to worship or if we don’t want to believe in a God. We came here for religious freedoms and we still had that right. Being tolerant of others who believe in the in a different God or religious rituals. We could worship the devil as far as this freedom goes as long as we don’t hurt others. Not living in fear because of what we believe is such a load of what others have in other countries.

He believed in all the freedoms not just for American’s but for everyone in the world. This was a great start for the United Nations to help countries to have this same freedoms that we American’s have. No one should be a sex slave, or work in human conditions. This was for the world to have.

The right to pursuit happiness in business that everyone should have the same right to try to prosper making a living for themselves. The reason I believe this is who a+-is talking to is based on everyone should not be in fear from anyone to harm them.

In “The Great Society Speech” what do you think President Johnson’s main point might be? What question is he trying to answer and what is his answer to that question? Why does he think his answer is a necessary one? Upon what are you basing this assessment? (In other words, what about the work leads you to this conclusion?) [Think about the title and how that conveys meaning.]

In President Johnson speech he challenged them to lead the country forward. Our ancestors fought for freedom for all the people and equality pursing happiness of our people. The Great Society was resting on the future graduates to lead the country to pursue the abundance and liberty to all. This meant that each American deserved to be free from poverty and racial injustices. For people to be more concerned for their goals; rather than for riches, this is where true happiness that can be found.

The first challenge that he talks about was equal opportunity for all to have an education to those who hungered for knowledge no matter what ethnic background they belonged to. Education is the leading edge to getting out of poverty and the turning point for prosperity.

He spoke of the residuals of an industrial nation was starting to take a toll on America the Beautiful. These included smog, sprays and contamination getting into the water supplies were becoming a problem. We were discovering the environmental effects of pollutants and the toll on the country as once it was lost it would never come back

He spoke of our overcrowded classrooms for our future leaders of this great nation. We also had teachers that were underpaid or some of the teachers were unqualified to teach. Poverty should not prevent our children from getting an education and a good one at that. We needed to stimulate the minds for those who wanted to learn, imagine and be able to leave the school with knowledge to make them successful. Our schools have outdated information and that we needed to find another way to be able to get this information out to the classrooms. This is not problem that Washington needs to fix we needed to start right here at home where we live.

He closed in stating “Every man sent out from his university should be a man of his Nation as well as a man of his time.”

In reading his speech you can see were we have tried to correct or slow down the pollution in our nations and it is something that still is an ongoing problem that we have. The schools are still a problem with overcrowding, outdated books, underpaid teachers, and some unqualified for teaching. We are working with modern technology to make books up to date with iPads and computer technology, but it is still expensive to maintain or implement all at one time . Washington does try to make the schools maintain a certain curriculum or learning plan with test implemented each year to see who the school is doing. 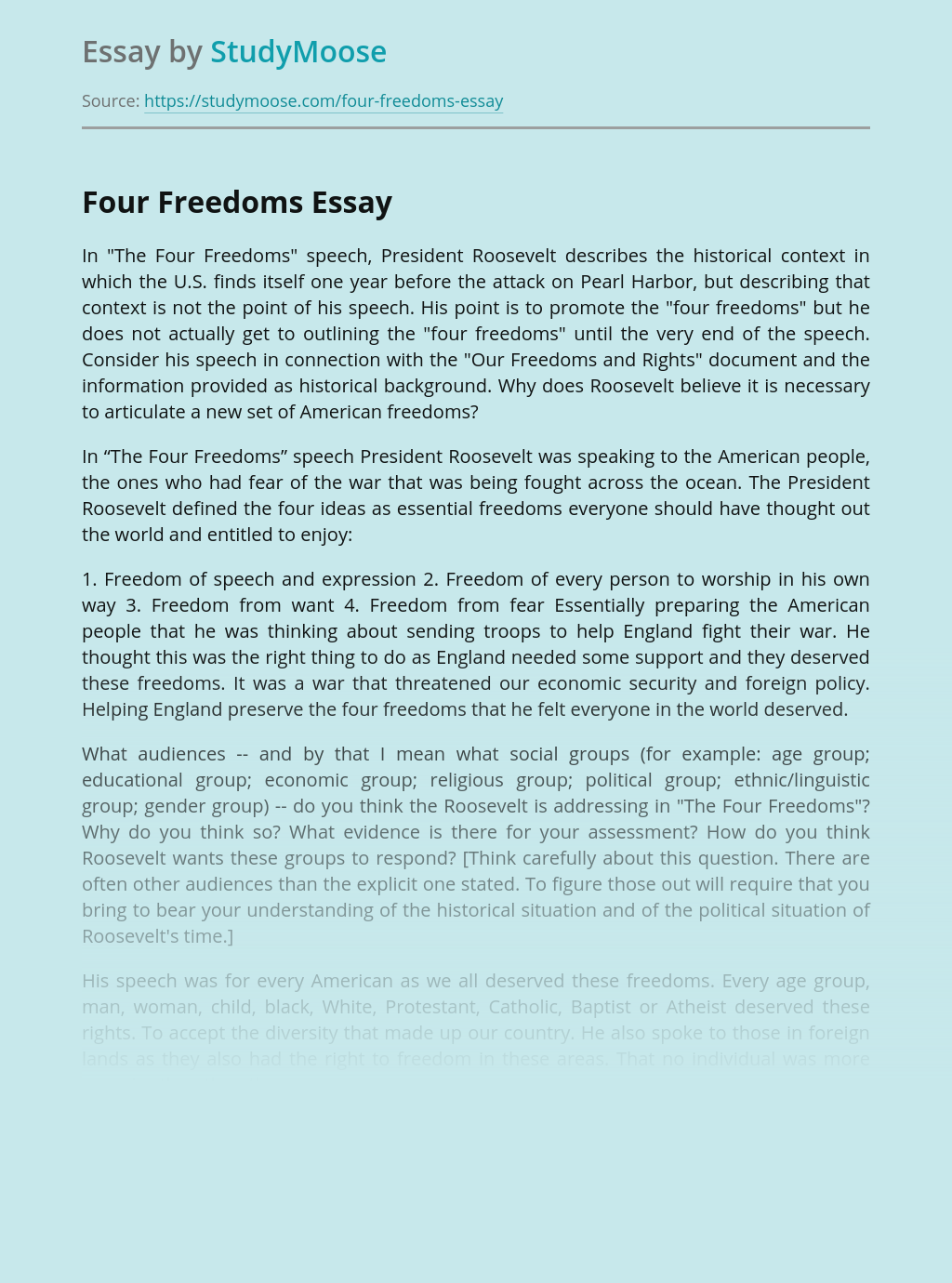 View sample
Cost reduction through consolidation and optimization of the

Cost reduction through consolidation and optimization of the IT infrastructure is a central issue for companies and public authorities. Virtualization plays a crucial role here. A recent Acronis study shows that the areas of data protection and recovery are criminally neglected – especially in the healthcare sector. Virtualization of the infrastructure is a general trend... VIEW ESSAY

“The Alchemist”, an allegorical novel, is first written in Portuguese and has since been translated into 67 languages, winning the Guinness World Record for most translated book by a living author, Paulo Coelho. Set between 1926 and 1938, this book is first published in English by Harper Torch in 1993. The novel details the journey... VIEW ESSAY