The feel-good movie that has lasted us through the decades still making viewers appreciate the moral values and life lessons the film has to offer for the last 25 years. The movie was released July 6th, 1994 grossing about $24,450,602 just in the first weekend and overall $55,000,000! The film directed by Robert Zemeckis was starred by Tom Hanks none other than Forrest Gump himself an Alabama man with an IQ of 75, who has experienced his fair share of struggles in life as well as the great things life has to offer.

Although Forrest is portrayed as a man with low intelligence, I believe he offers much more than that in the film. Forrest Gump is one of those movies that reaffirm our moral values every time we watch no matter how many times we watch.

Throughout the movie, the film is filled with life lessons as well as reminders to live each day as if it was your last. For example, in one of the scenes Forrest speaks on his success from his shrimping company and how he had so much money he cut grass just because he liked it, he didn’t charge anyone just cut grass for free.

However, this is not the first well-taught lesson that Forrest offers to the film. The film walks through the highlights of Forrest Gump’s life, starting as a child with braces on his legs and breaking free of them and to a grown man who serves in the Vietnam war and runs back into the live fire to rescue his whole platoon where he puts the safety of others before himself.

I believe Zemeckis did a fantastic job with casting characters as well as his portrayal of the time frame for the setting. Tom Hanks was picked for his two-time Best Actor Award, granted many people say there were better options, nonetheless, there is no question about how great Hanks was for the role. Hanks was mainly portraying Gump as a ‘simple man’. Robin Wright Penn was the perfect opposite for Hanks. My opinion stands as Forrest Gump being a movie classic that will continue to be considered a gem to people for many more years to come. 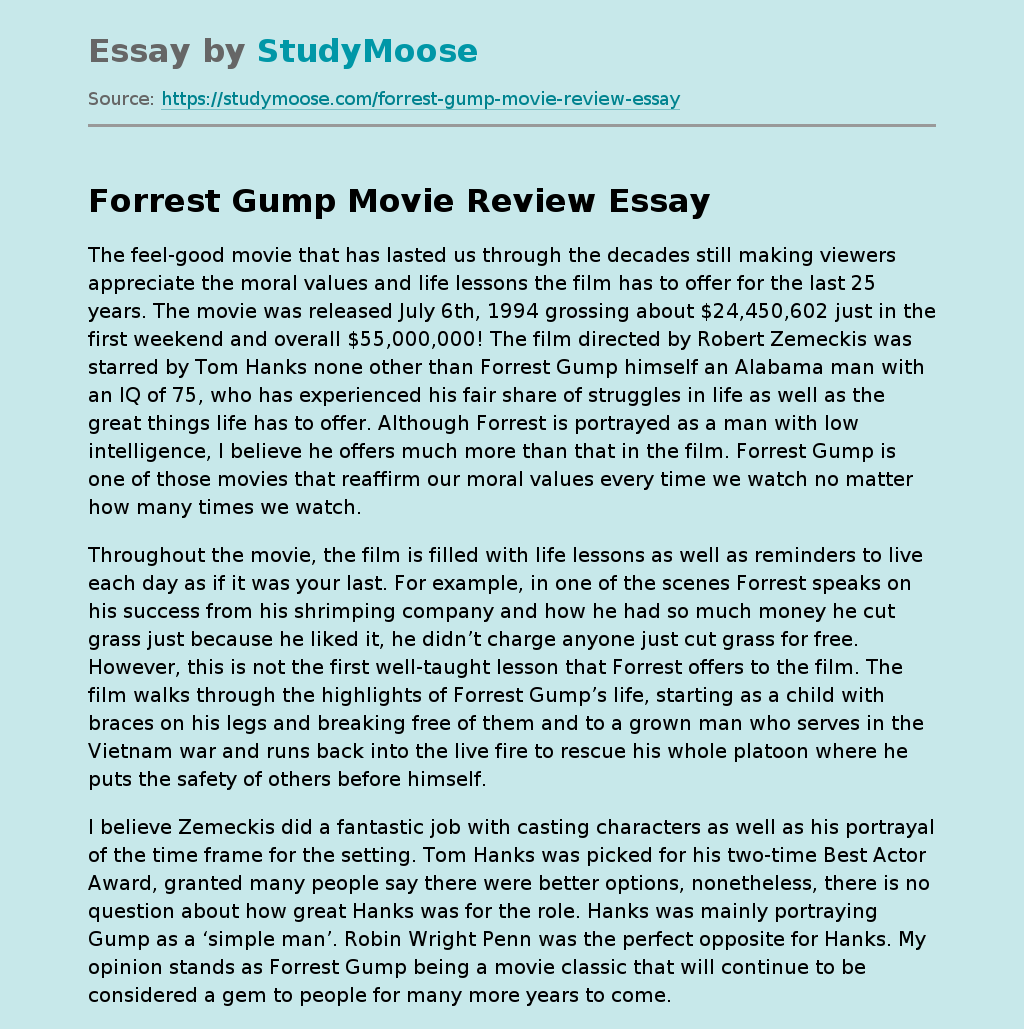