Don't use plagiarized sources. Get your custom essay on
“ Female Serial Killers ”
Get custom paper
NEW! smart matching with writer

Many serial killers tend to wet the bed past adolescence.

Most female serial killers kill for long periods of times and quietly unlike her fellow male killer.

Female serial killers almost always have a strong motive driving them to commit these horrible crimes and coincidentally they are often similar. If a female serial killer is acknowledged by a community the people in that community tend to believe that because she is a woman, therefore the weaker sex, she was somehow pressured or victimized by her lover to kill. (Davis, 2001). Many refuse to believe that a woman is capable of killing on her own terms.

Women have many different reasons for killing yet throughout the years and the multiple murder cases that occur where a woman is the murderer, the motive is almost always. Most of the women who tend to kill are in great debt and in need of a quick and easy way out. Belle Gunness, who was considered one of the worst serial killers in American History, did just this. Belle killed all of her children and husbands just to collect life insurance, money, and other valuables. (Edwards, 2012).

She also adopted more children in order to repeat the process of collecting the insurance and got away with doing so for eight years. Another murder case in which the primary motive happened to be money was the Olga Rutter Schmidt and Helen Golay case. These two women in their 70’s conducted a $2. 3 Million insurance fraud murder scheme. Helen and Olga provided shelter and food for Paul Vados and Paul McDavid just long enough to have good amount of money to benefit from if these two men were to pass. There were multiple insurance plans that gave these two women benefits when the two homeless men were killed. 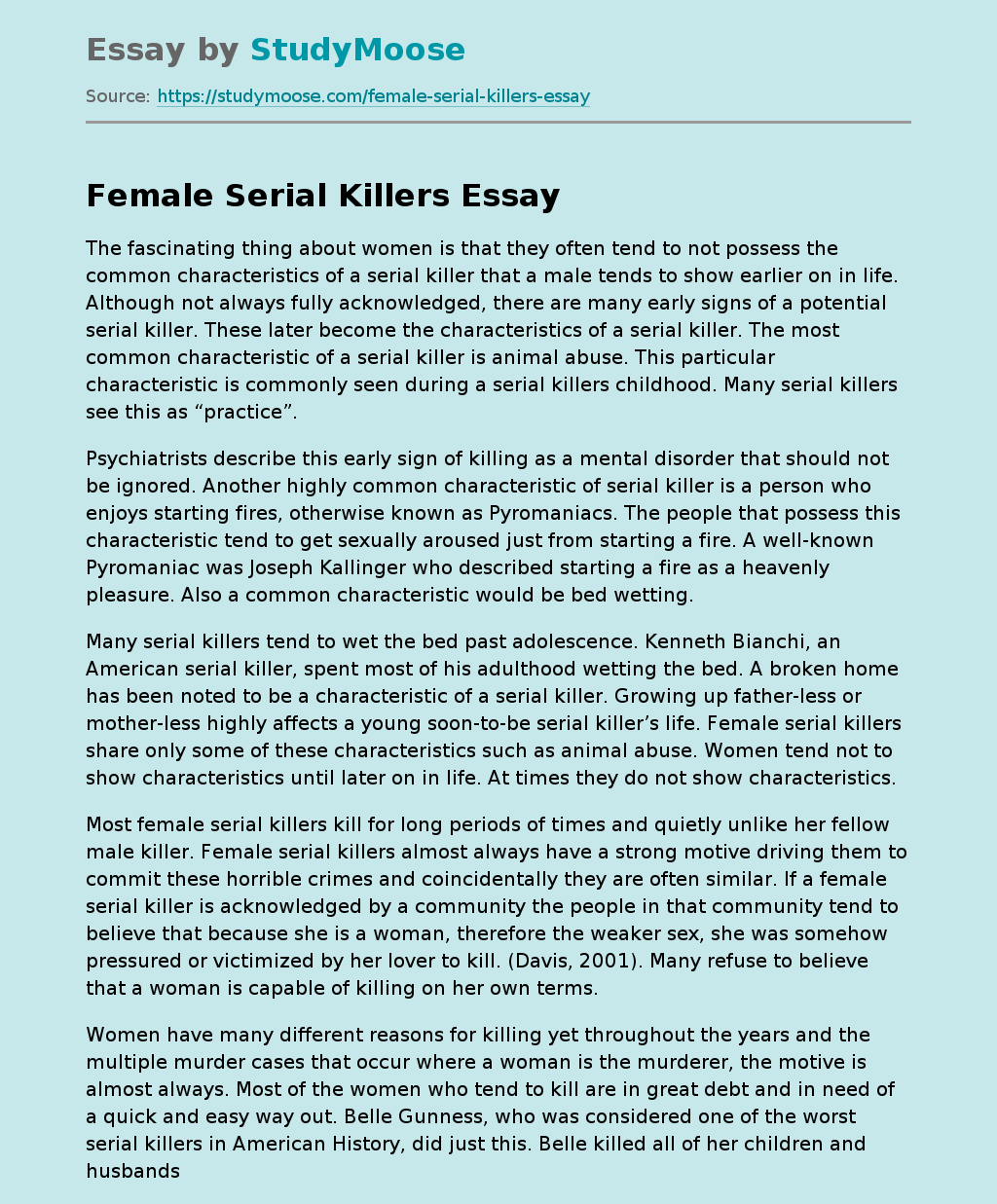