This article attempts a cultural study offood and eating habits in Anita Desai’s Booker Prize short-listed novel, Fasting, Feasting. It shows how the ingestion offood affects acculturation process both in India and America in a multicultural context. Considering Foucault’s view that discourse is involved in the exertion of power, some of the discourses from the novel are scrutinised to reveal an oppressive power structure.

Interestingly enough, the power structure of the novel revolves around a gastronomical centre; and parents through repressive familial norms exert power.

Don't use plagiarized sources. Get your custom essay on
“ Fasting Feasting ”
Get custom paper
NEW! smart matching with writer

The linguistic strategies, such as repetition and interruption, used to assert power are analysed by examining appropriate instances from the novel. Further, it shows how the novelist, through a transcultural bundle of representative characters as MamaPapa, Uma, Arun, the Pattons, Melanie, and Rod, assesses the cross-cultural culinary habits, divergences, and subversions involved.

However, it concludes with the observation that taking the novel as a dichotomous study of two cultures, the one Indian, on account of its spiritual dimension representing ‘fasting’, and the other, American due to its plenty signifying ‘feasting,’ would result in a myopic reading.

Whereas, the real charm of the novel lies in the flux shown between fasting and feasting – a digesting of the best of both the cultures. ” …

the very essence of Indian culture is that we possess a mixed tradition, a melange of elements as disparate as ancient Mughal and contemporary Cocacola American” (Salman Rushdie) “From food, from food creatures, all creatures come to be.

Gorging, disgorging, being come to be. ” (Taittriya Upanishad) In the Indian cultural scenario, there has been a great outcry about the safeguarding and perpetuation of ‘ the Indianness.

national identity, a culture characteristic of the country and its inhabitants in terms of originality, purity, sanctity, and exclusivity. However, in a decolonised land that lost much of its’ originality’ and’exclusivity’ in cultural conflicts, negotiations and transculturation processes besides gulping down some novelty from the colonisers and other foreign migrants, debating on a monistic culture is inappropriate. 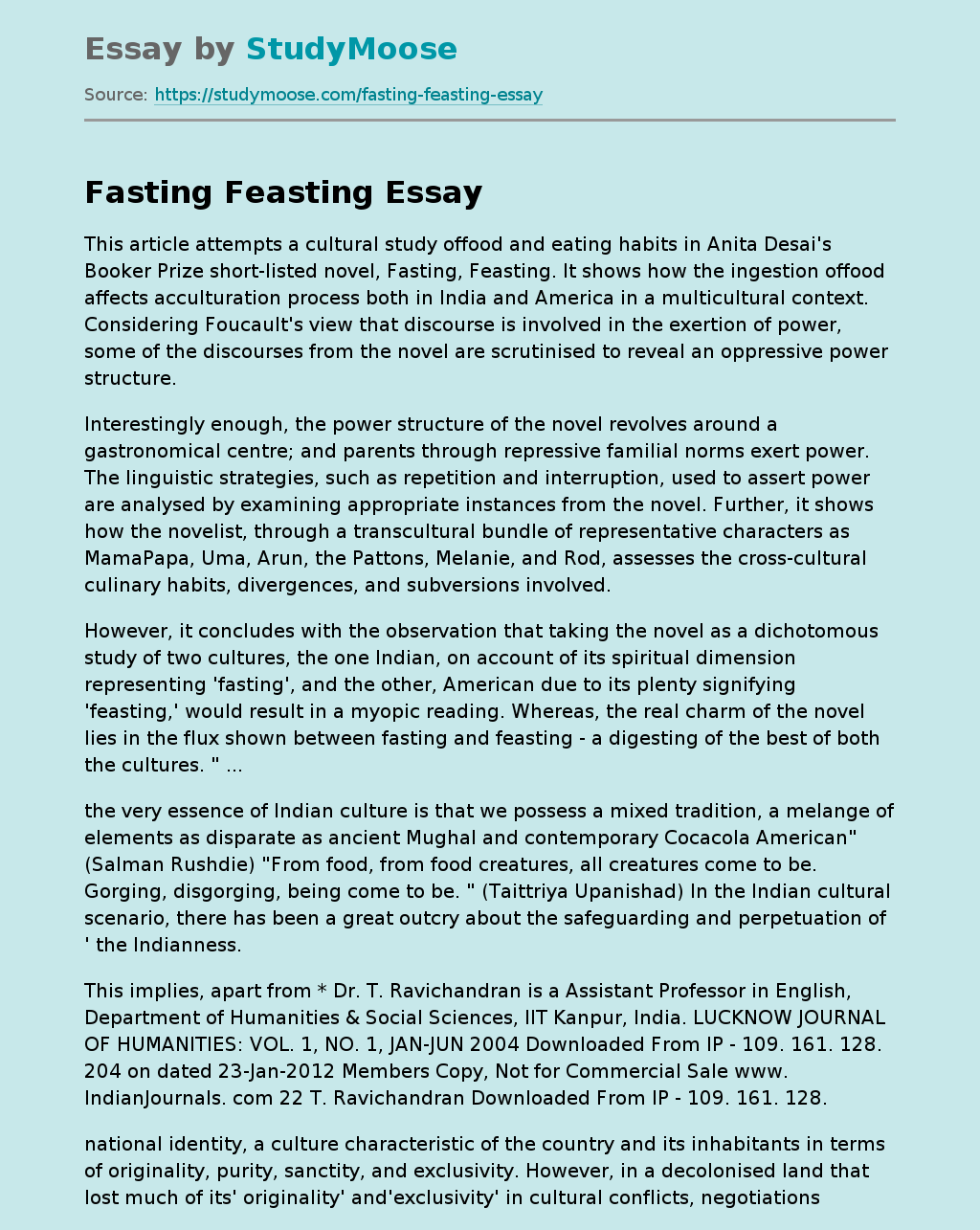