Family in Woman’s Place Is in the Home

Every human being living on this planet has a function in society, irrespective of gender or traits. Men and women both have their specific roles to play. Just like men are considered more potent as compare to women, so their job is to go out in the world and struggle to earn livelihood for himself and others in his family. Woman on the other hand, has duty to manage the life inside the home. Raising the children, taking care of family and handling all the matters within that boundary, utilizing the man’s earning in best beneficial manner.

Don't use plagiarized sources. Get your custom essay on
“ Family in Woman’s Place Is in the Home ”
Get custom paper
NEW! smart matching with writer

But now as the world has revolutionized, a lot of contrasting ideas are emerging which doesn’t completely agree with this superannuated phrase. Now the society is more towards feminism, talking about women’s independence, giving them equal share in all the practical prospects, allow them to sit in parliament and share in civil forces.

There are several factors behind it like socioeconomic mobilization but this is severely damaging the family system leading to spoiled children and increasing divorce rate, as woman are not efficiently balancing their home along with the job.

Researchers at Cambridge University compared the data of surveys done in last three decades and concluded that the gender equality fight was on peak in between 1980s to 1990s.(Jerome Taylor). Since then it went on declining and now both men are women are giving second thought to it because of the increasing social and family issues. Women are also realizing that doing job is not a right way to get social and economic freedom.

So this phrase still retains its integrity after being criticized and this proves that home is the right place for woman.

Family in Woman’s Place Is in the Home. (2016, Mar 24). Retrieved from https://studymoose.com/family-in-womans-place-is-in-the-home-essay 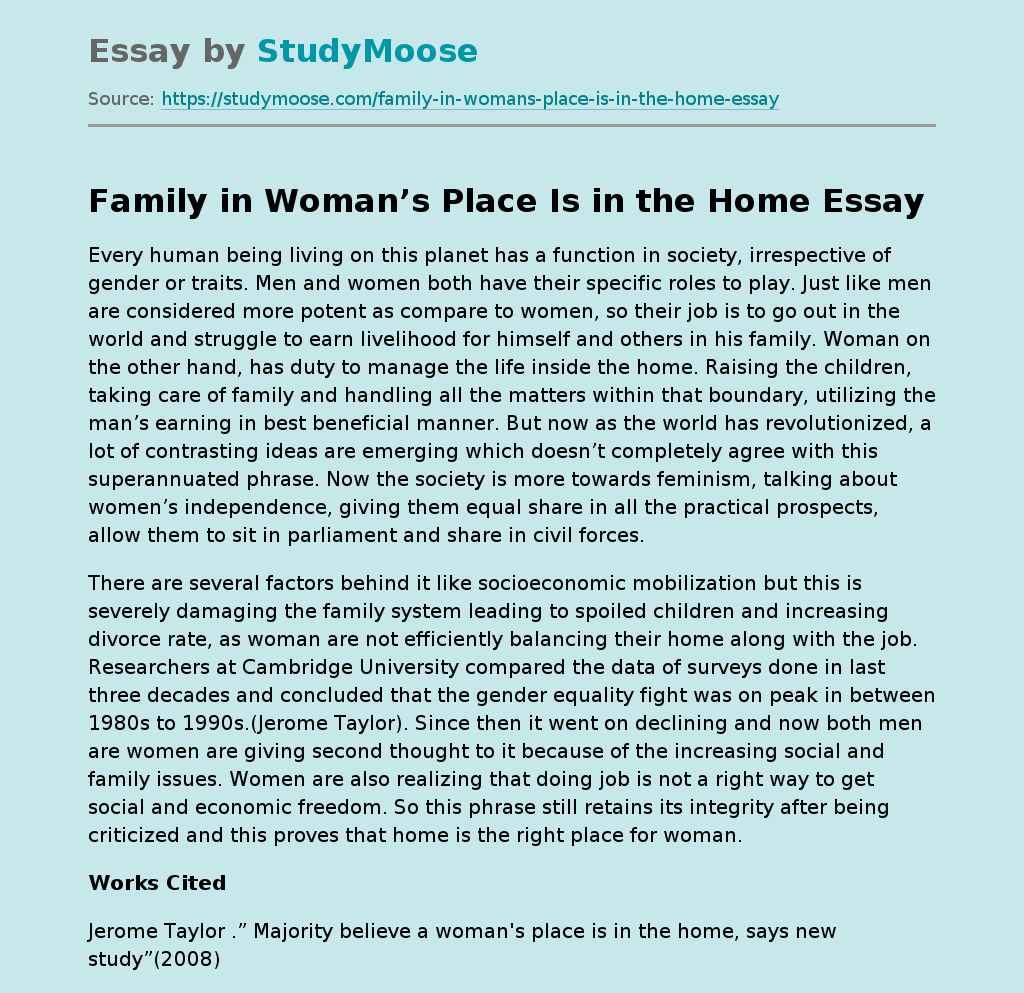