Don't use plagiarized sources. Get your custom essay on
“ Economic Growth and Development ”
Get custom paper
NEW! smart matching with writer

In this view, the share of agriculture in both national product and employment of labor force declines and that of industries and services increases. Various strategies of development which were suggested until seventies generally focused on rapid industrialization so that the structural transformation could be achieved. For this purpose, the appropriate institutional and technological changes were recommended to bring about such structural changes. According to C. P. Kindleberger, economic growth means more output and economic development implies both more output and changes in the technical and institutional arrangements by which it is produced.

Thus according to this view, the economic development implies growth plus structural change. Structural changes refer to the changes in technology and institutional factors which cause shifts of labor from agriculture to modern manufacturing and services sectors and also general self sustaining growth of output.

An aspect of structural change which is of special mention is that during the process of economic development there occurs a shift of the working population from low productivity employment in agriculture to the modern industrial and services sectors having higher levels of productivity of labor. 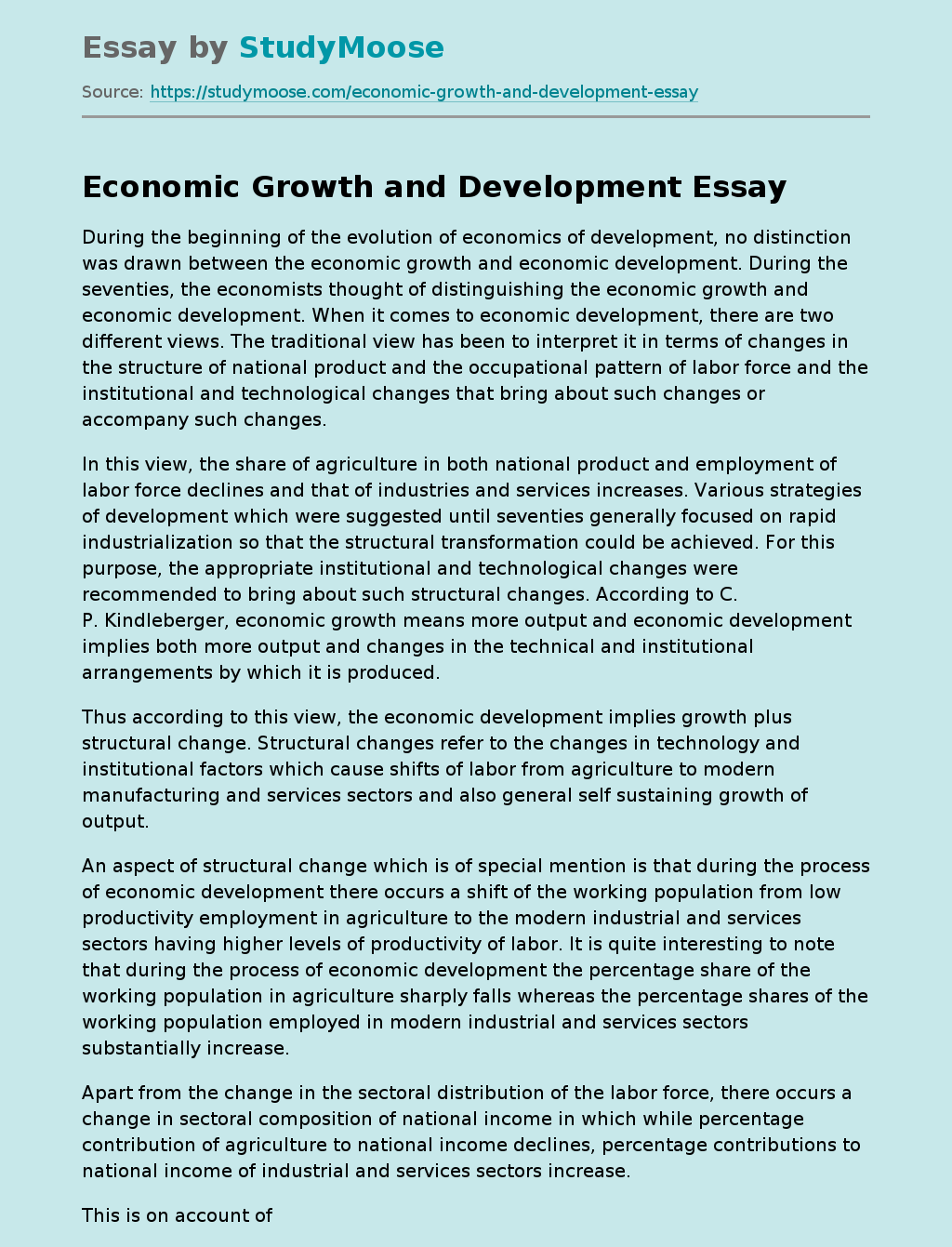