We just recently had a lesson in Science about earthquakes and talk about some stuff until we arrived on how about we will watch the new movie “San Andreas” directed by Brad Peyton. So our teacher agreed to our suggestion and we felt excitement because we knew that we will be watching an action-packed movie. I watched the trailer at home again to know what I should expect from the movie. And I also felt curious about the San Andreas Fault which will be the main reason of destruction as what I have observed after watching the movie trailer.

So the day came and we watched the movie. First scene in the movie and some of us were already thrilled as a girl and her dangling car were stuck between two cliffs because of the falling rocks from a mountain. And I also felt a little bit worried for the girl because I don’t want a cute girl to die right at the start of the movie :P.

It was an intense rescuing scene and some of us, especially the girls shouted while watching the scene. Also one of the intense and jaw-dropping scenes that made us go shouting is when the part where in the film, a previously unknown fault near the Hoover Dam in Nevada shakes and jiggles the San Andreas. The Southern California is rocked by a powerful magnitude-9.

1 quake followed by an even stronger magnitude-9.6 in Northern California.

As the movie goes, it never failed to entertain us. Also the stories of the characters featured in the movie were really interesting. If I were to put myself in the situation they were in, I might have a very low chance of surviving the disaster. I wouldn’t want to experience the type of catastrophe shown in the movie as well. Maybe the least thing I can do is to be prepared because I know we can’t predict or stop natural disasters and pray to God that He won’t let it happen to us, mankind. The San Andreas has long been considered one of the most dangerous earthquake fault and the movie showed us that it really is. 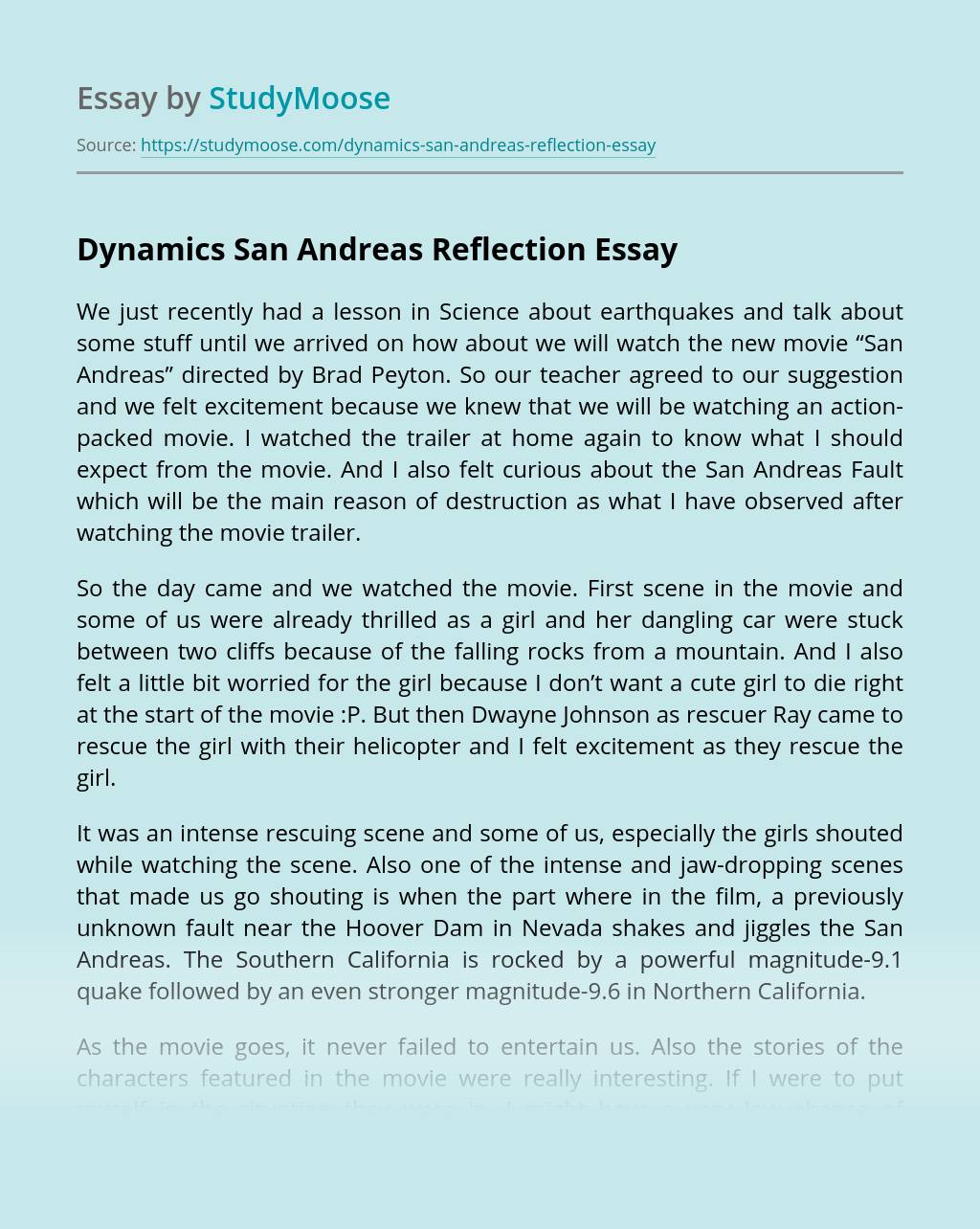