different A discussion of the different types of disciplinary systems have been applied by teachers and other authority figures in schools for the sole purpose of controlling student behavior.

Throughout the history of classroom education, many different types of disciplinary systems have been applied by teachers and other authority figures in schools for the sole purpose of controlling student behaviour. These systems include corporal punishment, psychological abuse or neglect, and assertive discipline. Although two of these three topics are illegal at this time, they were all widely used in schools across the country a short time ago.

Don't use plagiarized sources. Get your custom essay on
“ Discipline in Education ”
Get custom paper
NEW! smart matching with writer

Corporal punishment in general can be defined as the infliction of pain or confinement as a penalty for an offense committed by a student. During the time that corporal punishment was used by schools all over the United States and Canada, parents did not have any say in school discipline. It was completely up to the school authority figures on the type of punishment and the severity of the punishment given to the student.

The classroom teacher had the most say in the matter since it was the teacher who usually administered the punishment to the students. Because of this, some teachers (who especially liked the idea of physical punishment) took advantage of the minor guidelines set by the principal to protect students from excessive physical beatings. These guidelines varied from school to school, but often included length, width and thickness of the paddle or any other weapon used, the amount of times the student may be struck by the weapon, and other minor details about other types of physical punishment. 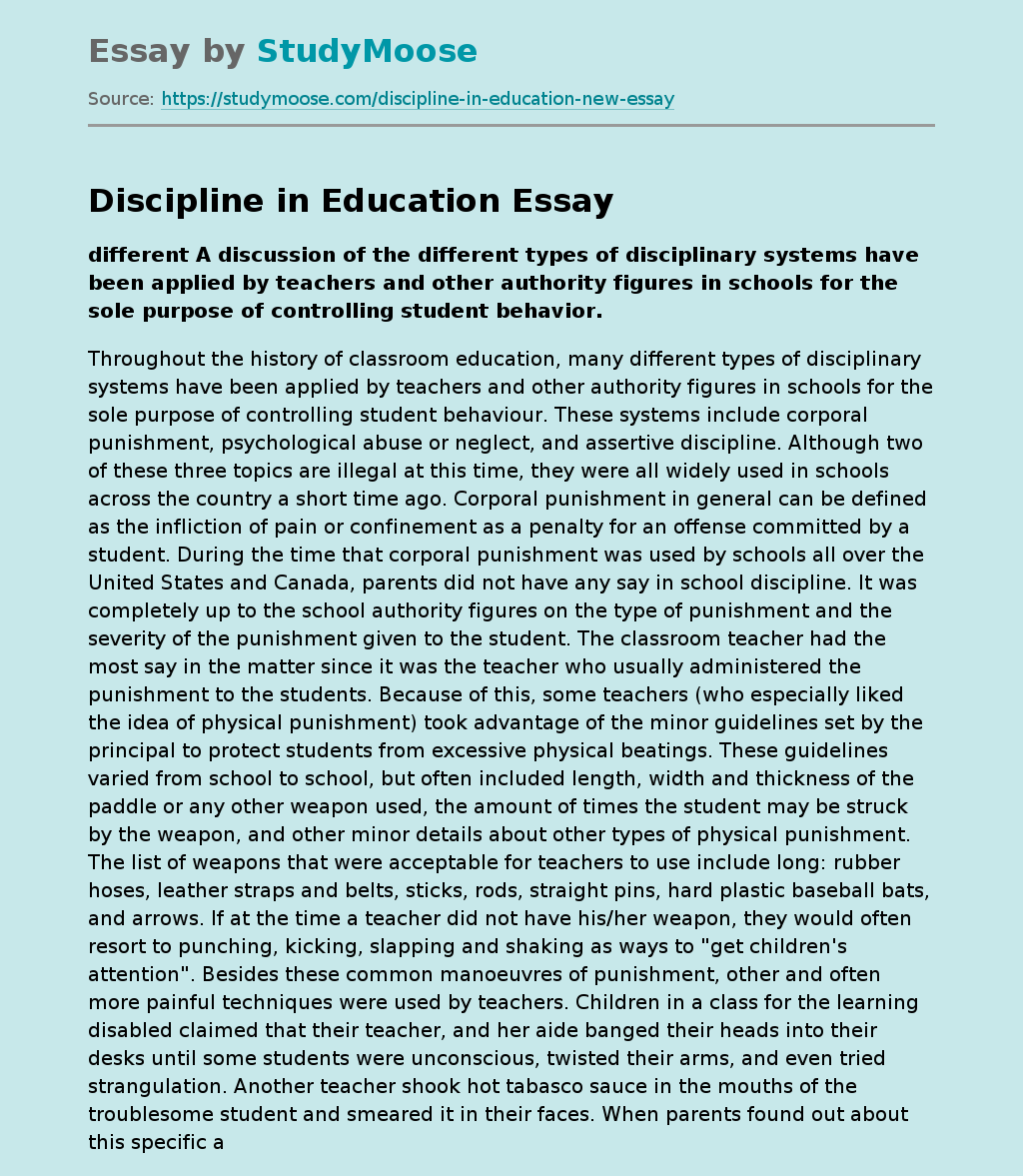