The progressive era in it’s whole was pretty successful. Through the federal government and reformers corruption was broken up, living and working conditions were made better, and the government became an agency of human welfare. The progressive era was encouraged by populism and even the Greenback’s party of the 1870’s. The growth of cities and business caused much of the middle class in America to try and help the poor and bring down corruption in politics and business. The progressive era was effective, because it increased government control, living and working conditions were made better, and more power was given to the people.

Don't use plagiarized sources. Get your custom essay on
“ DBQ TEST: The Progressive Era ”
Get custom paper
NEW! smart matching with writer

Most of the increased government control was mainly due to Theodore Roosevelt. Theodore Roosevelt became known as the “trust buster”, because he would go and break up bad trusts. The Washington Post in 1907 portrays him perfectly. he hunted down bad trusts and through governmental control regulated good trusts. He embraced what came to be known as the “3 c’s”: Regulation of corporations, consumer protection, and conservation.

The regulation of corporations started with the Anthracite Coal Strike in 1902. Where 140,000 miners went on strike demanding a 20% pay increase, reduction of the work day, and better safety conditions.

The president of the company, George F. Baer assumed the government was on his side, because of the Pullman Strike. Well he was wrong, Theodore offered him a square deal in which both sides were represented equally. This is significant, because it caused the Department of Capitol and Labor to be created in 1903 to settle disputes between capital and labor.

From this the Bureau of Corporations was created to monitor businesses in interstate commerce. This paved the way for an Era of “trust busting”.

Me and my knowledge. It was a DBQ test so documents were already provided. 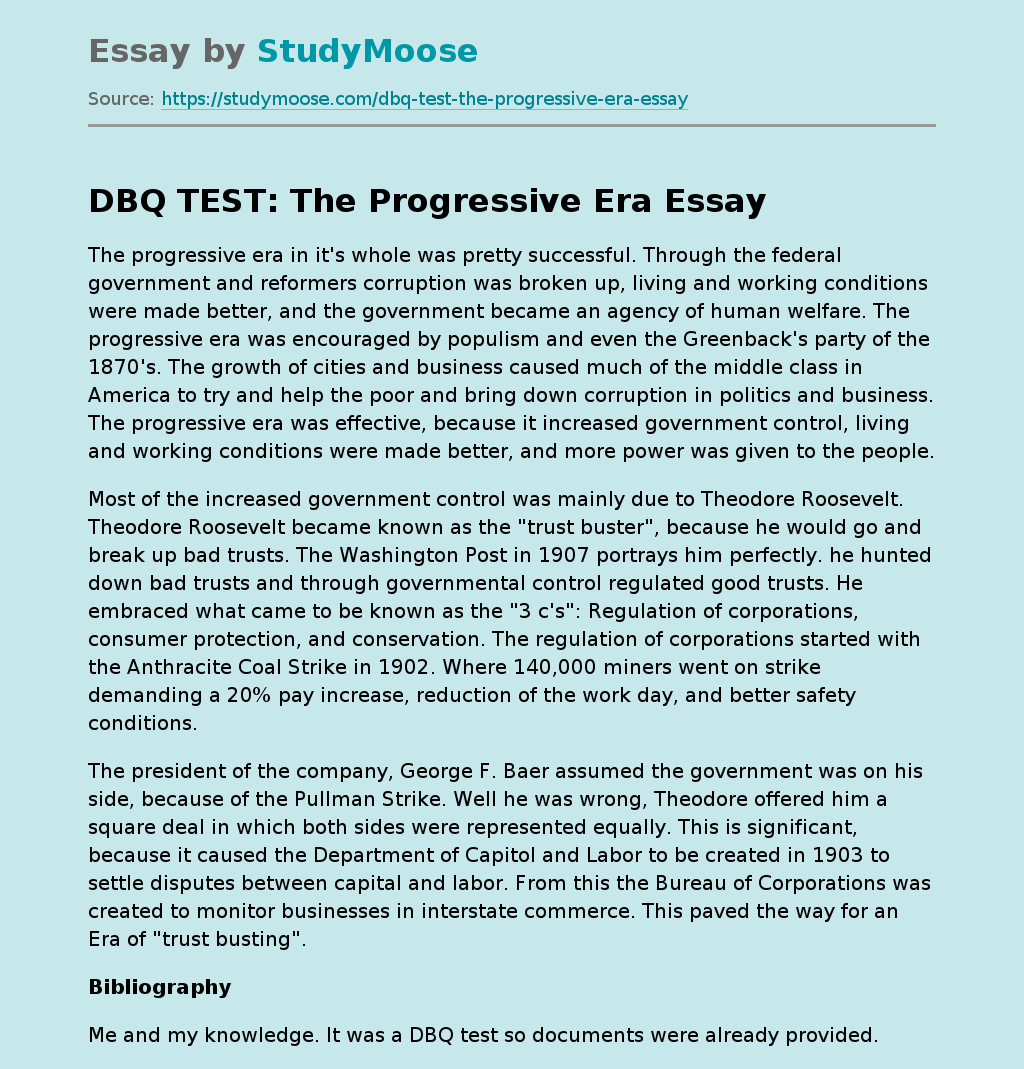