Constitution a Radical Departure from the Articles of Confederation?

In 1787 the Articles of Confederation were discarded and the constitution of the United States was created. The articles of confederation created a very weak national government. It gave limited power to government and more power to states. The main organ of the government was a unicameral legislature, in which each state would have one vote. The weakness of the national government was shown by the fact that it could not levy taxes, regulate commerce, or raise an army. Financial problems occurred after the war.

Don't use plagiarized sources. Get your custom essay on
“ Constitution a Radical Departure from the Articles of Confederation? ”
Get custom paper
NEW! smart matching with writer

This led for them to print large amounts of paper money in which caused inflation making the money worthless. Many of these problems led to people wanting a stronger central government. In 1787, delegates from the 13 states went to Philadelphia to amend the Articles of Confederation. Debates quickly turned away from reforming the Article of Confederation to creating a new national government.

Most delegates believed that the central government had to be much stronger with the ability to collect taxes, raise an army, and regulate commerce. However they feared that too much power would fall into the hands of a small group, who would take advantage of it. All of this led to the creation of the Constitution of the United States. It established a stronger federal government, a bicameral legislature, three branches of government, and the division of power between states and the federal government. This help the United States be more stable economically by being able to tax.

It also help small states have a voice against bigger states. It also instated a more practical system of passing federal laws and making amendments by requiring only a two-thirds majority vote.

Constitution a Radical Departure from the Articles of Confederation?. (2016, Apr 12). Retrieved from https://studymoose.com/constitution-a-radical-departure-from-the-articles-of-confederation-essay 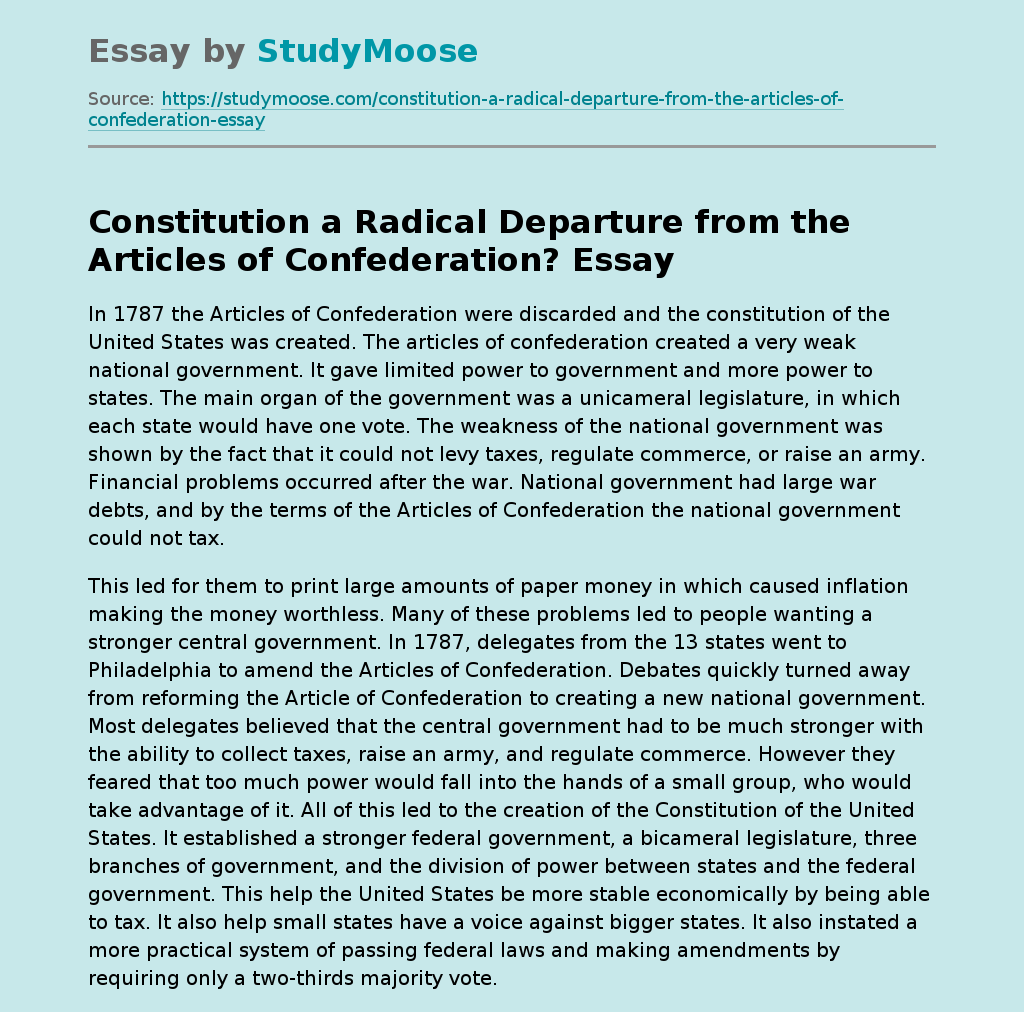