Because human-beings are such complex, psychologists had been trying to discover, understand and explain human behavior throughout the years by using different perspectives. Each of these processes address these matters somewhat at a different level although sometimes can be put onto the same context and by using making careful scientific observations. Some of the major theoretical perspectives of psychology were developed and shaped during the course of history by some of the great psychologists known and can cited as followed:

1.Motivational or Psychodynamic perspective is one of the most popular of psychology approach that was developed by Sigmund Freud.

Turn in your highest-quality paper
Get a qualified writer to help you with
“ Comparing the Major Theoretical Perspectives in Social Psychology ”
Get high-quality paper
NEW! AI matching with writer

According to this theory, human motivation is the result of conflicts between instinctual but mostly unconscious psychological forces that Freud called the “id, ego and superego.” This approach had contributed to the first developmental theory of human personality by tying to bring these conflicts to consciousness using intrapsychic structures.

2.Cognitive perspective on the other hand explained human behavior by using different approach saying that these behaviors are mostly thoughtful and are able to be controlled through a vast array of mental processes like memory and attention, belief systems, problem solving and reasoning, attitude and language.

3.Learning or Humanistic perspective is based on the idea that human being has the potential to self-actualized or in other words to self-develop and move forward in reaction of their social and environmental conditions. Psychologists like Carl Rogers and Abraham Maslow developed this form of psychological perspective to try to solve human problems and emphasized on their ability and potential to grow in a positive manner.

5.Evolutionary perspective explained human behavior based on the biological evolution of his species to survive through natural selection and adaptation. 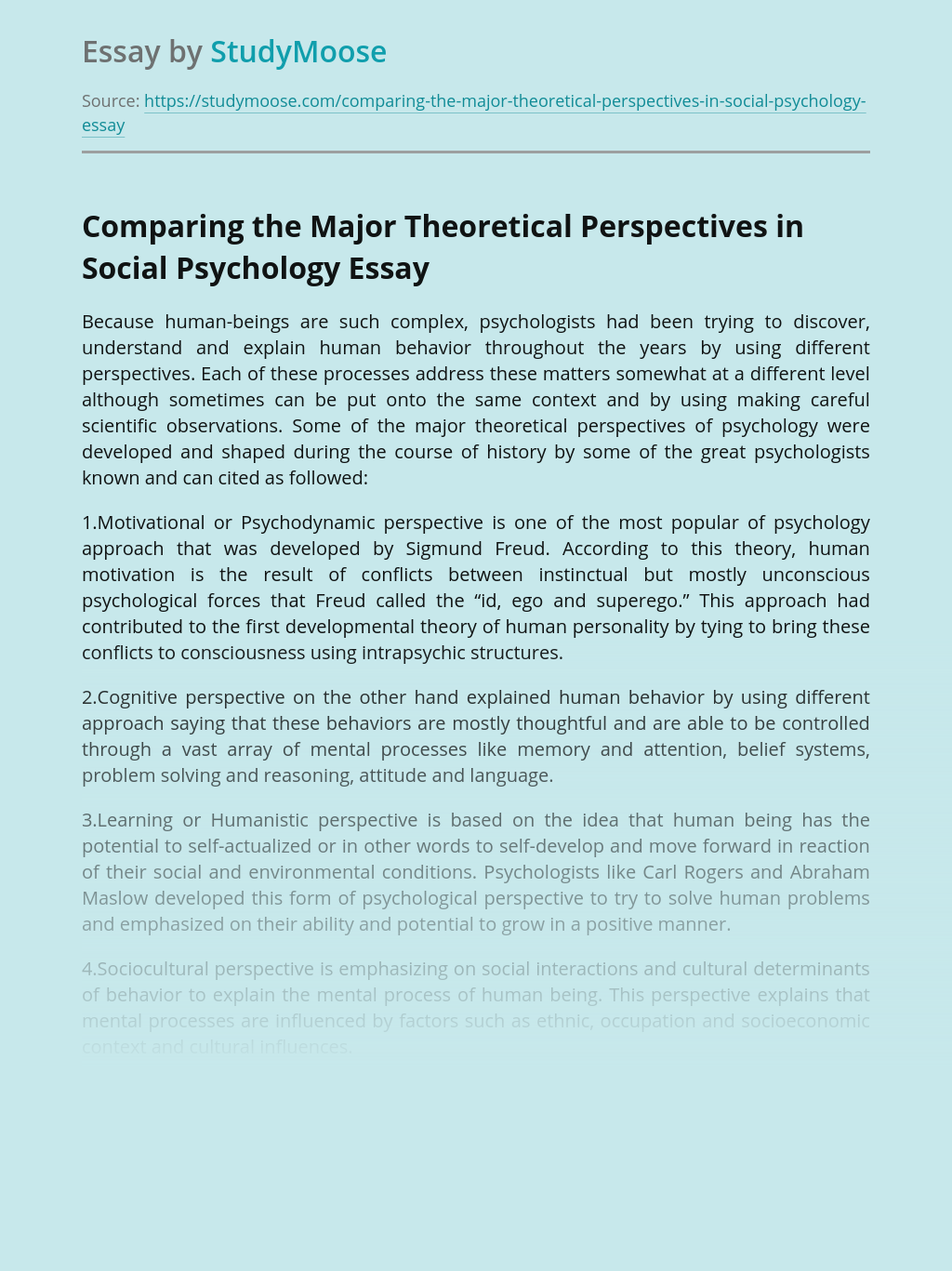 Turn in your highest-quality paper
Get a qualified writer to help you with
“ Comparing the Major Theoretical Perspectives in Social Psychology ”
Get high-quality paper
Helping students since 2015
Stay Safe, Stay Original