48). Product is defined as “everything, both favorable and unfavorable, that a person receives in exchange” (Hair, Lamb, & McDaniel, 2006, p. 48). The Coca-Cola Company’s products consist of beverage concentrates and syrups, with the main product being the finished beverages (Coca-Cola Datamonitor, 2007). Coca-Cola’s products can be viewed as both business and consumer products. 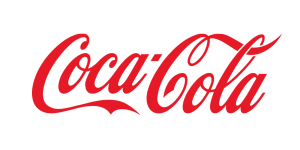 The Coca-Cola Company also uses intensive distribution strategies to make sure their products can be available everywhere. One low profile type of retailing that the Coca-Cola Company does to increase its distribution of its product is the use of automatic vending machines. These can be found in a number of places, such as schools and concert venues (Hair, Lamb, & McDaniel, 2006, p. 411). Since their product is a convenience product, it requires a wide distribution in order to meet profit goals (Hair, Lamb, & McDaniel, 2006, p. 285).

Recently the Coca-Cola Company has focused more on their global strategy to help them increase their growth. Much of this growth is coming out of Latin America, the BRIC, and Western Europe (“Innovation, acquisitions”, 2007). Currently many Europeans are beginning to be more worried about their health, which has increased Coca-Cola’s Diet Coke and Coke Zero sales (Fuhrman, 2007). In addition, the Coca-Cola Company is in many other countries including India that are in the growth stage of the product life cycle (“Marketing: New products”, 2007).

The Coca-Cola Company’s growth in these areas are caused by their improved marketing to consumers, better relationships with bottlers, their “live happily” campaign in 200 markets, and the launch of Coca-Cola Zero. They also launched Minute Maid juice in India as well as China and Korea (“Marketing: New products”, 2007). Their innovation and introduction of new products as well as their “winning culture” has helped them begin to grow again worldwide. Price: Price of the product or service is another important part of the marking mix. Price is defined as “what a buyer must give up to obtain a product” (Hair, Lamb, & McDaniel, 2006, p. 9).

Gas stations and convenient stores usually sell Coca-Cola products at a fixed price. However, the retail outlets use a variety of pricing methods and strategies when selling Coca-Cola products (Coca-Cola Datamonitor, 2007). There is often competition pricing of the Coca-Cola products and prices are set around the same level as its competitors. In addition there are also psychological pricing strategies that are used to make consumers perceive that the products are cheaper than they really are. Promotion: The fourth aspect of the marketing mix is promotion of a product.

The promotions role in the marketing mix is to “bring about mutually satisfying exchanges with target markets by informing, educating, persuading, and reminding them of the benefits of an organizations product” (Hair, Lamb, & McDaniel, 2006, p. 49). Since the Coca-Cola Company operates on a global scale, their promotional strategy needs to consider the external environment in which their products are. These external environmental factors include culture, economic and technological development, political structure, demographic makeup and natural resources (Hair, Lamb, & McDaniel, 2006, p. 7). For example, the Coca-Cola Company promoted its new Coke Zero in Australia differently than it did in the United States because of the different external environmental factors associated with that segment (Alarcon, 2007). In addition, the Coca-Cola Company often has to adapt its advertisements in different cultures.

For example, an ad in Singapore portraying teenagers careening down a store aisle on a grocery cart was perceived as too rebellious (Hair, Lamb, & McDaniel, 2006, p. 129). The ultimate goal of any promotion is to get someone to by a good or service.

Thus advertising is a main source in increasing consumer awareness. The Coca-Cola Company uses many forms of advertising, from TV advertisements to magazines and billboards (Steinberg & Vranica, 2004). One target segment that the Coca-Cola Company is having trouble trying to advertise to is the more outdoor, health conscious and environmentally friendly consumer (Steel, 2007). The advertisers are unsure how to advertise to them in a “green” fashion where the advertisement achieves its goals of persuading, informing, and reminding as well as being environmentally friendly.

Public relations part of the promotional mix helps maintain an organizations image and educate consumers (Hair, Lamb, & McDaniel, 2006, p. 444). Many organizations hire outside professional help to deal with public relations within an organization. Public relations are “the element in the promotional mix that evaluates public attitudes identifies issues that may elicit public concern, and executes programs to gain public understanding and acceptance” (Hair, Lamb, & McDaniel, 2006, p. 41). The type of public relations tools that the Coca-Cola Company uses widely are product placements and sponsorships (Steinberg & Vranica, 2004). The Coca-Cola Company often uses is a spokesperson to appeal to the younger more youthful (Hair, Lamb, & McDaniel, 2006, p. 163). An example of this can be seen in China where the Coca-Cola Company has increased advertising containing younger Chinese celebrities to help inform, persuade, and remind their target segment (Flagg, 1999).

Personal selling allows the organization to build relationships with their consumers or other business associates (Hair, Lamb, & McDaniel, 2006, p. 444). Personal selling is defined as “direct communication between a sales representative and one or more prospective buyer” (Hair, Lamb, & McDaniel, 2006, p. 443). Personal selling in the Coca-Cola Company often is done in a business-to-business fashion. An example of this is seen when the Coca-Cola Company was trying to boost their sales in North America by forming alliances with Nestea to create coffee and tea drinks (McKay & Corderio, 2007).

Another type of sales promotion that the Coca-Cola Company is currently using is their coke rewards points promotion. “My Coke Rewards” is customer loyalty marketing campaign from the Coca-Cola Company. Customers enter codes from specially marked packages of Coca-Cola products into a website. These codes are converted into virtual “points” which can, in turn, be redeemed for various prizes or sweepstakes entries (Coca-Cola Company, 2006). The ultimate goals and tasks of promotion mix are to inform, persuade, and remind the target audience. 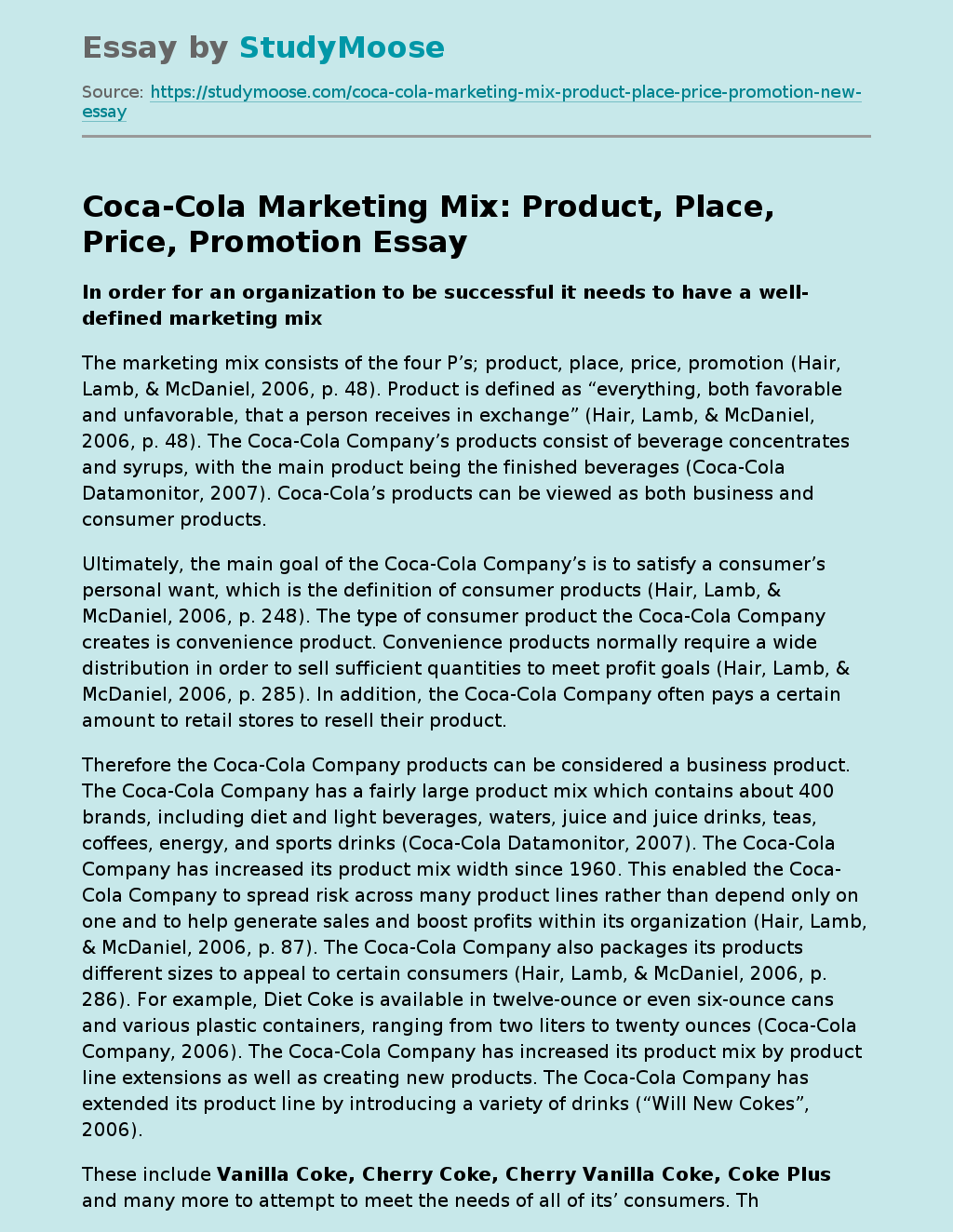