Chronic Obstructive Pulmonary Disease (COPD)Chronic Obstructive Pulmonary Disease is defined as chronic airflow obstruction and is characterized by an accelerated decline in lung function. COPD is used to describe a group of progressive lung diseases including emphysema, chronic bronchitis and refractory asthma (1). This disease or rather this group of diseases has currently no cure but with the right diagnosis and treatment there are many ways to manage and treat the symptoms in order to be able to have a better breathing cycle and live a normal life.

The disease mainly affects middle-aged and older adults, with an incline to smokers. Many of the patients have asymptomatic or even symptomatic disease that is not diagnosed and therefore not treated. The breathing problems tend to become gradually worse over time and can affect normal daily activities (2). Its rising rate of mortality is expected to make COPD the third most common cause of death by 2020(2). In order to have a better understanding of this, a short trip down the history of the COPD is the only wise thing to do before a look on modern time treatments and the feats of the medical society that made this disease, more, manageable.

One of the earliest descriptions of emphysema include Bonet’s description of voluminous lungs and it comes from as back as 1679. He assessed 19 cases where the lungs were described as turgid from air. The beginning of our clinical understanding of chronic bronchitis was not until 1814 by Badham who used the word catarrh to refer to chronic cough and mucus hypersecretion which are the main symptoms. 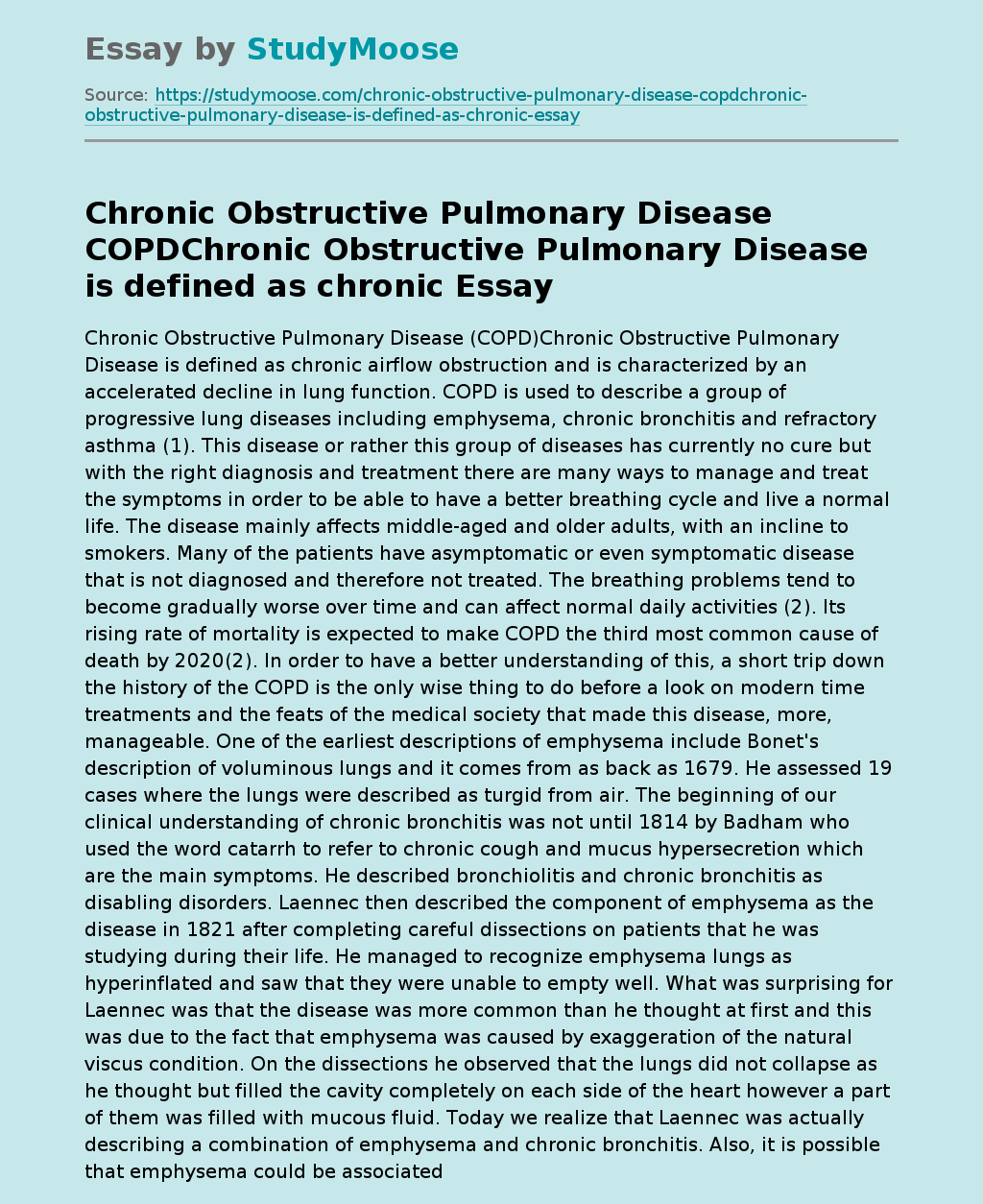