Don't use plagiarized sources. Get your custom essay on
“ Argumentative Speech ”
Get custom paper
NEW! smart matching with writer

Some nations still restrict the people’s right to speak. One of them is North Korea. North Korea is one of the 5 remaining countries that adopt the communist ideology. According to Wikipedia, anybody in North Korea who tries to speak to the public about the government will be sent to labor camps and be forced to work there. Worst case scenario, they get executed. North Korea is not the only country who does this. Myanmar, Nepal, and the rest of the communist countries do this as well.

I believe this has to stop for all humans have the same rights and none of us are superior to anyone. It’s also a matter of honoring human rights.

There has to be steps taken to ensure that freedom of speech is available to everyone. The first major movement in freedom of rights is the creation of the First Amendment. According to Wikipedia, the First Amendment prohibits the making of any law respecting an establishment of religion, impeding the free exercise of religion, abridging the freedom of speech, infringing on the freedom of the press, interfering with the right to peaceably assemble or prohibiting the petitioning for a governmental redress of grievances. 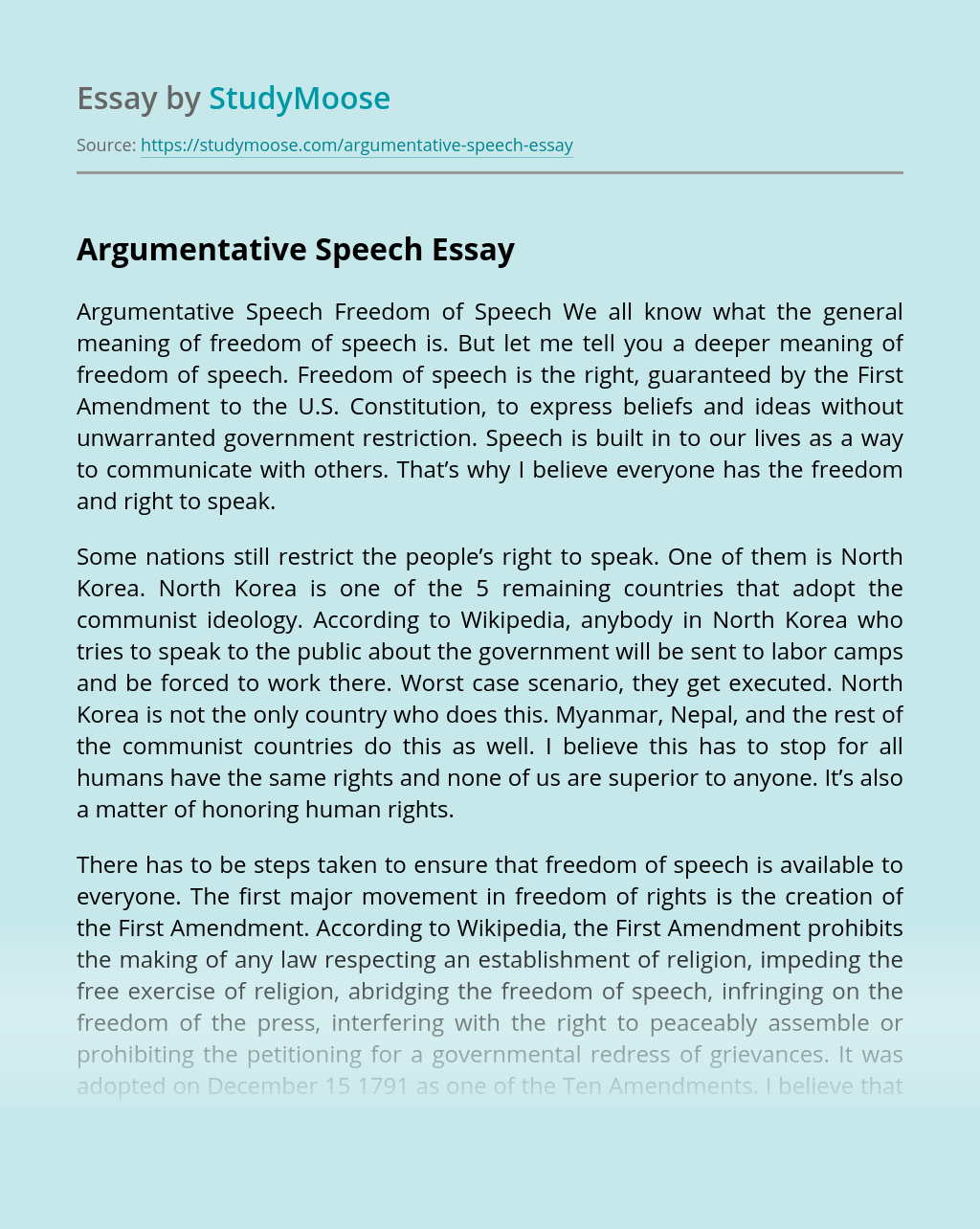