My opinion on animal poaching

What are your opinions on animal poaching? Do you think it is fair and commendable when a poacher brings home a rhino’s horn or an elephant’s tusk? A death of an animal is somehow seen as a commendable act in some disgusting way.

Animal poaching is a terrible action in which humans partake. They somehow find enjoyment out of it, which I feel is astonishing. How can humans feel that they have a right to take the life of an animal? If it is against the law for a human’s life then it should be for an animal as well.

Don't use plagiarized sources. Get your custom essay on
“ My opinion on animal poaching ”
Get custom paper
NEW! smart matching with writer

Maybe not as harsh as murder yet it should still be a crime in which people do not commit.

There are game reserves, which have to protect the numbers of certain animals so they can be preserved and not poached. The numbers for the Big Five has to be kept under great secret, as they need to protect these animals the most as they are at higher risk.

If a large number of these animals are killed they are at a great chance of their species becoming extinct which is a major downfall as it not only affects other animals but it affects us humans greatly. This is because of the effect it may have on the vicious food chain.

Animals from all around the world are such beautiful creatures that add to the amazing beauty of every country. In South Africa we have the black and white rhinos, elephants, giraffes, packs of lions and the list carries on.

Without these animals what would our country be like? Just imagine South Africa with no wildlife, any nature and game reserves. It would feel incomplete. So why are people lowering the chances of their future families on being able to witness such tremendous wildlife. If you were lucky enough to experience such a wonderful thing in life, why would you deny it or take it away from anyone else?

My opinion on animal poaching. (2016, Aug 29). Retrieved from https://studymoose.com/animal-poaching-essay 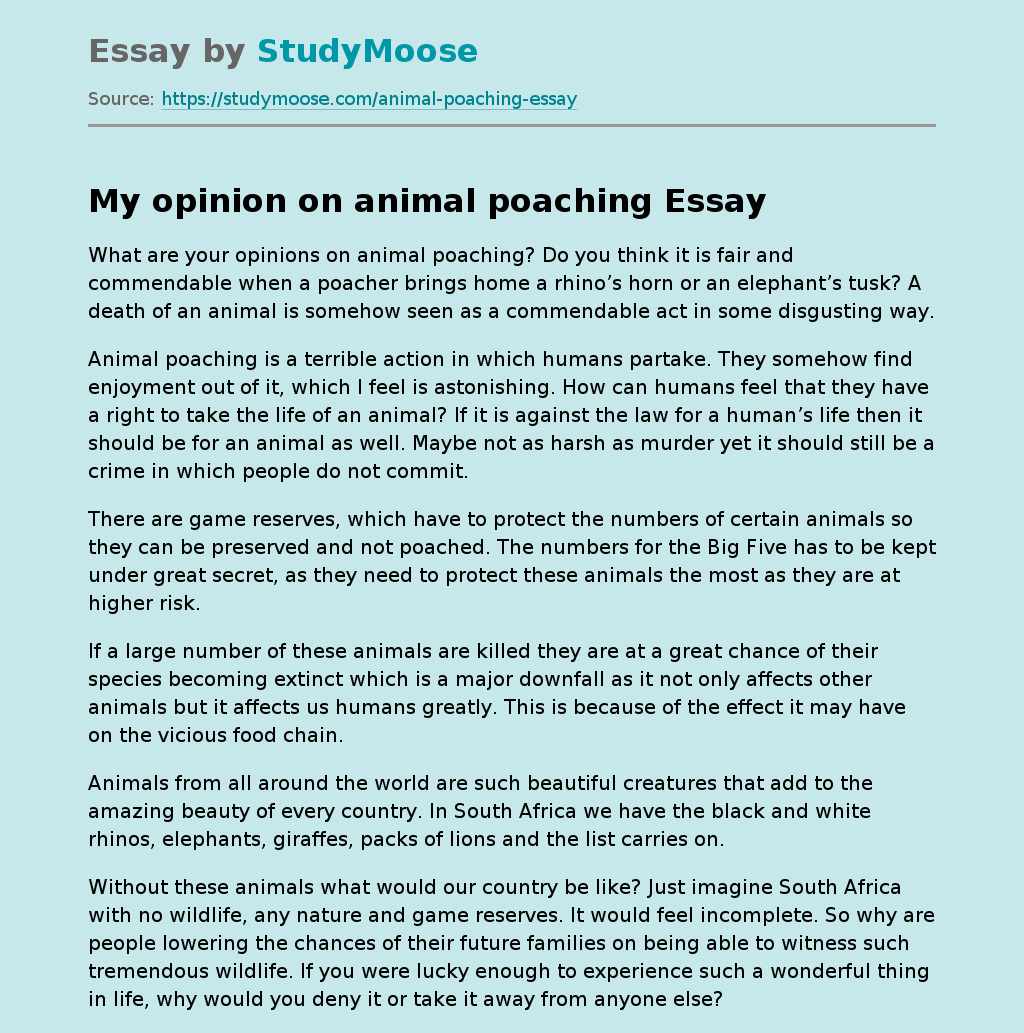