Ancient Greek music was extremely popular in those times, and frequently used at ceremonies such as weddings and funerals. It was also played a lot because the Greeks saw playing it as a way of worshipping the Gods, pipes and pans were played when worshipping Dionysus, the god of wine and partying and other instruments played for other gods. The word ‘music’ comes from the muses who were daughters of Zeus and were known to be the goddesses of the inspiration of literature, science and the arts.

Don't use plagiarized sources. Get your custom essay on
“ Ancient Greek Music ”
Get custom paper
NEW! smart matching with writer

Although no-one actually knows what ancient Greek music sounded like, they do know what instruments were played. There were: The lyre- an ancient stringed instrument played by the Greeks, the word comes from the Greek λύρα The aulos- two double-reed pipes, played with a mouth band to hold the reeds steadily next to the musicians lips The kithara- also a stringed instrument, but more complicated than the lyre. Another difference was that it was played with a plectrum.

The Hydraulis- The first instrument,

The Lyre
The origins of the Lyre
The Lyre was one of the first ever stringed musical instruments and was invented by the Greeks. Traditionally, the original lyres soundbox was made from a tortoise shell and then two, sometimes hollow, wooden arms extended up. The origin of the lyre is tied in with a Greek myth. When Hermes was born, he crawled out of his cradle and found a tortoise shell. He killed and then stretched a cow skin around the shell then stuck two horns in.

Then to finish off he attached some strings to the instrument. When his parents found out they were very angry until they heard the music from the lyre and forgave him for killing the cow. There are several variants of the story. In one he steals an entire flock of cows. The Structure of a lyre

Poor Greek musicians would have their instrument’s soundbox made from tortoise shells (these were called barbitos or a lyre) and richer ones would use wood for their sound box (these were called kitharas or phorminxes). Although the instruments had different names they were all essentially lyres, just in different but similar forms.

Mythology and the Lyre

Greek mythology and music were greatly related, mainly because people saw music as a way to worship the gods. The lyre was the most common in these stories.

Orpheus and his Lyre
Orpheus is the son of Apollo, god of music, and therefore was gifted with musical talent. Apollo gave Orpheus his first lyre and with it Orpheus charmed everything animate and inanimate, from birds to rocks. He even helped the Argonauts on their journeys, saving their lives many a time with his music. He fell in love with a nymph called Eurydice and charmed her with his music. They were a very happy couple and decided to get married. But their love was short lived as after the ceremony Eurydice was bitten by a snake and died. Orpheus was terribly sad and mourned her death for years. Finally he decided to go to the underworld to get her back. He travelled down and got past Cerberus using his music. He played his lyre in front of Hades and the music was so sweet it even softened the lord of the dead’s heart.

He begged hades to let him have Eurydice back and Hades said “yes, but on one condition, on the way back up you must not look back at Eurydice or she will be stuck in hell forever.” Orpheus agreed. On the way back he did not look back, even though he desperately wanted to. They were just at the mouth of the living world and Orpheus stepped out, happy that they had made it. He looked back to share this moment with Eurydice but she was still in the land of the dead and was instantly dragged back to hell. Orpheus was sadder than ever and travelled aimlessly, his only companion his lyre. But he was murdered by a group of maenads who ripped him apart and threw his head and lyre into the river. His Lyre and head travelled down until it reached the shore of lesbos, whose people buried his head and threw his lyre up into the sky to make a star constellation. 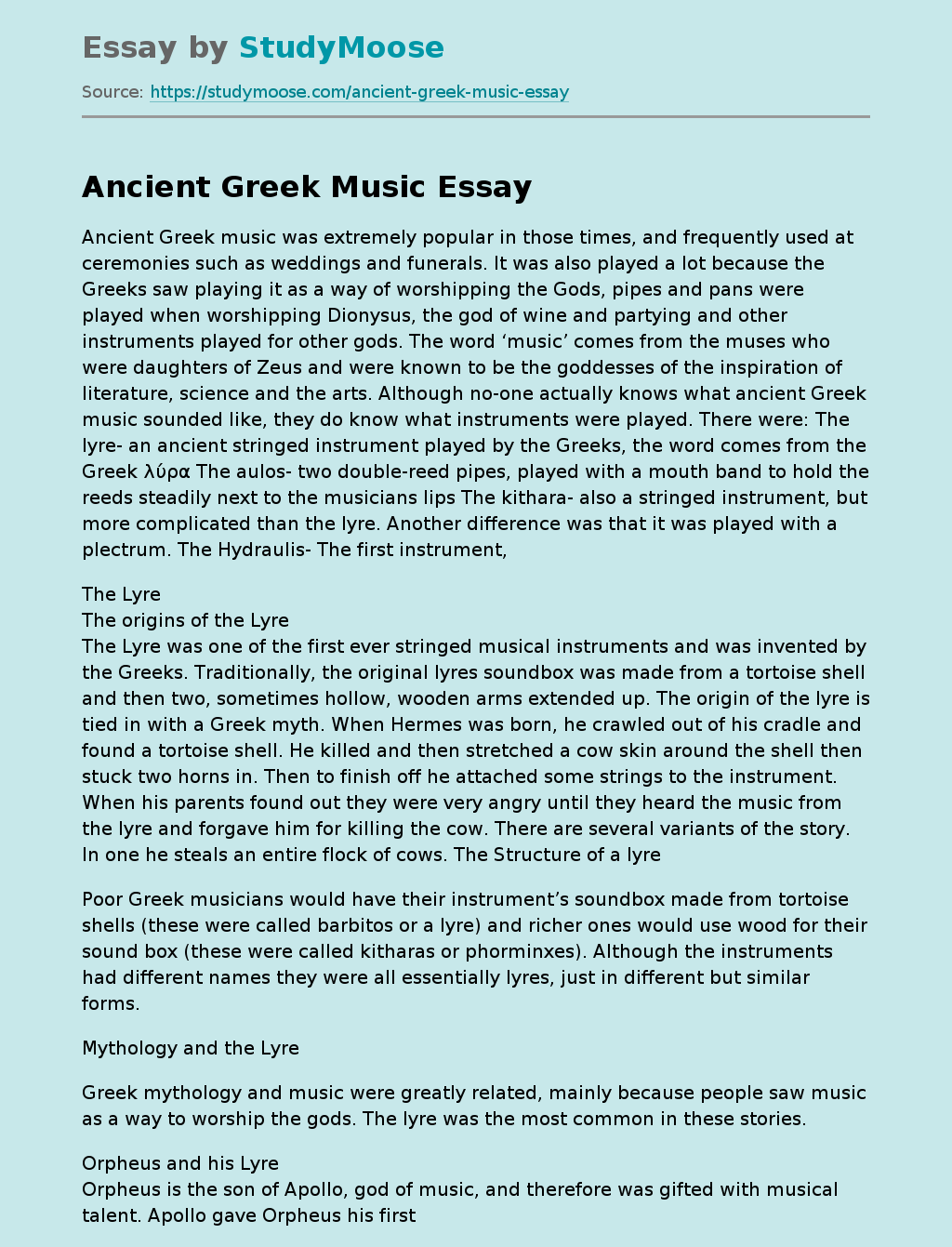