Analyze the aims, methods, and degree of success of the Catholic Reformation

Don't use plagiarized sources. Get your custom essay on
“ Analyze the aims, methods, and degree of success of the Catholic Reformation ”
Get custom paper
NEW! smart matching with writer

Many priests were illiterate and some abused their powers for absolution of sins To reform the structure of Catholic church Pope Paul III had established the Council of Trent which consisted of Catholic cardinals who were responsible for handling the reforms of the Catholic Church.

The Council of Trent is considered to be one of the Catholic Church’s most important councils.

The Council had 25 sessions from 1545-1563 that would address the issues of the Catholic church. The result of these 25 sessions were the validation of all 7 sacraments and the reaffirmation of Monasticism, celibacy of clergy Transubstantiation, and purgatory. Basically The Council of Trent fixed problems of Catholicism.

Another result from the Catholic Reformation is the religious order of the Jesuits (Society of Jesus). Founded in 1540 by St. Ignatious Loyala the Jesuits had 3 goals reform the church through education, spread the Gospel to the Pagans, and to fight Protestantism .

Jesuit schools were highly regarded as the finest schools for education in Europe. The Jesuits were organized in a military fashion following rules from Loyola’s guidebook Spiritual Exercises. The book would inform Jesuits how to have less attachment of physical items and informed Jesuits on how “to master the soul to manipulate the body”.

Analyze the aims, methods, and degree of success of the Catholic Reformation. (2016, Apr 24). Retrieved from http://studymoose.com/analyze-the-aims-methods-and-degree-of-success-of-the-catholic-reformation-essay 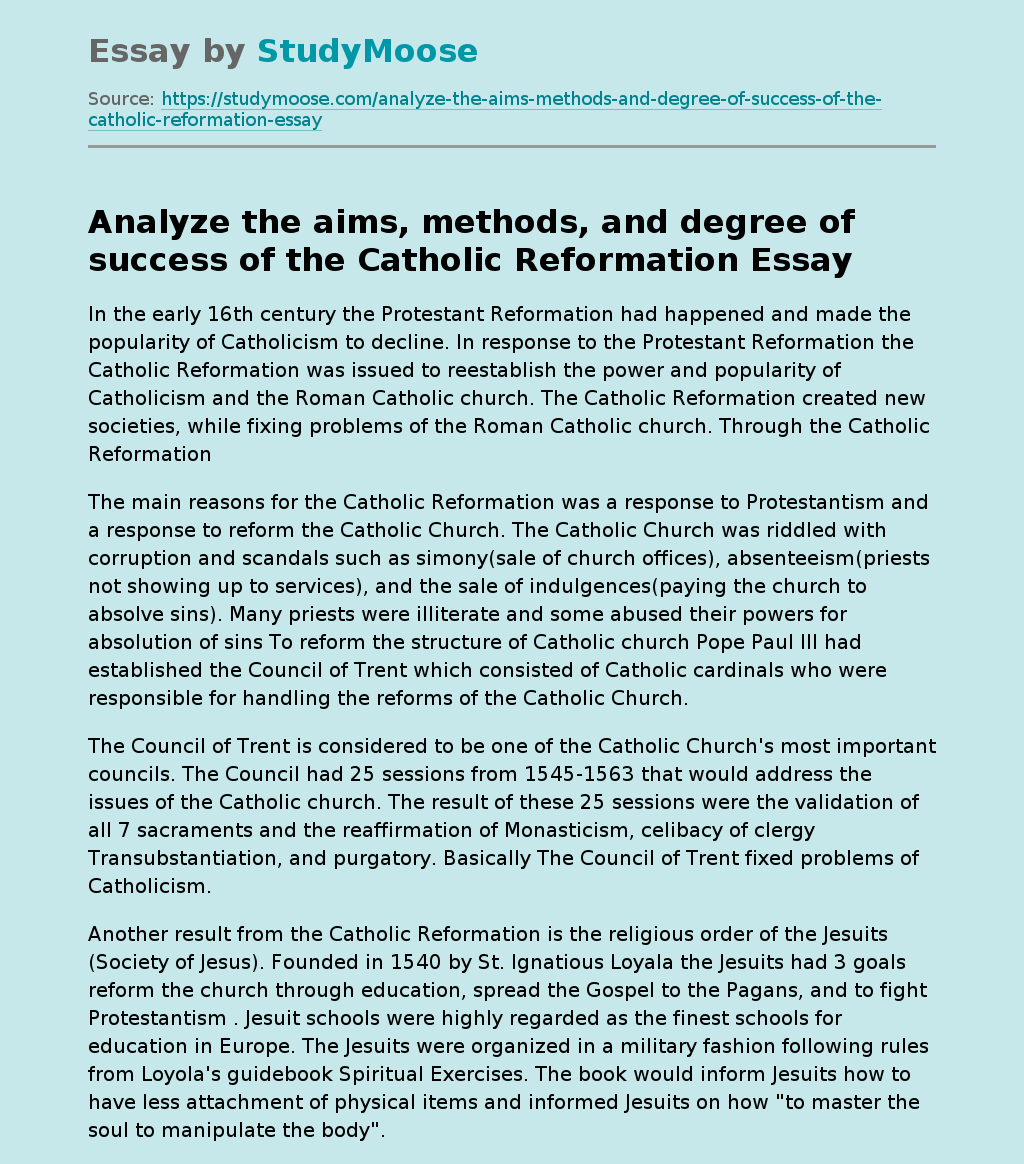