AIDS is primarily a sexually transmitted disease, and the escalating epidemics in the developing world are principally the result of sexual encounters with an infected partner.

In all countries AIDS is also transmitted by the use of contaminated needles in intravenous drug injections, by blood transfusions of infected blood, and perinatally from infected mothers to their unborn children. But sexual transmission is everywhere the predominant mode, and, internationally, heterosexual transmission accounts for some 70 percent of all new AIDS cases (Mann et al. 1992:33).

In the regions of Asia, Latin America, and sub-Saharan Africa, one of three different modes of sexual transmission of the AIDS virus predominates–although all modes occur with some frequency in all three regions.

In Asia, prostitution plays the key role; in Latin America, homosexual and bisexual behavior; and in Africa, heterosexual transmission.

Unfortunately, in most of Africa, the economic crisis has made life an endless series of vicious circles that are now spreading economic suffering in a concentrated fashion. The economic crisis in Africa represents a historical tragedy, and the historical evidence now suggests that such a crisis need not have occurred. Despite some views to the contrary, the overwhelming opinion is that this economic crisis is primarily the inevitable outcome of the failure of postindependence development policy formulation and implementation in the majority of the African countries.

In most of Africa, postindependence development policy was formulated through a statist ideological framework, which was then implemented by experimentation. Moreover, some, if not all, of the countries had to contend with an adverse international economic environment.

These disastrous development results were, in turn, the catalyst behind the deepening economic crisis in Africa, and consequently provided the imperative for policy reform in those countries. Policy reform can be defined as changes in government policy, institutional structure, or administrative procedures that are designed to alter economic activity and improve performance (Roemer and Radelet 1991). Put more succinctly, it is policy change, across the board, to effect sustained economic progress that will lead to a more desirable economic outcome than current practice permits. 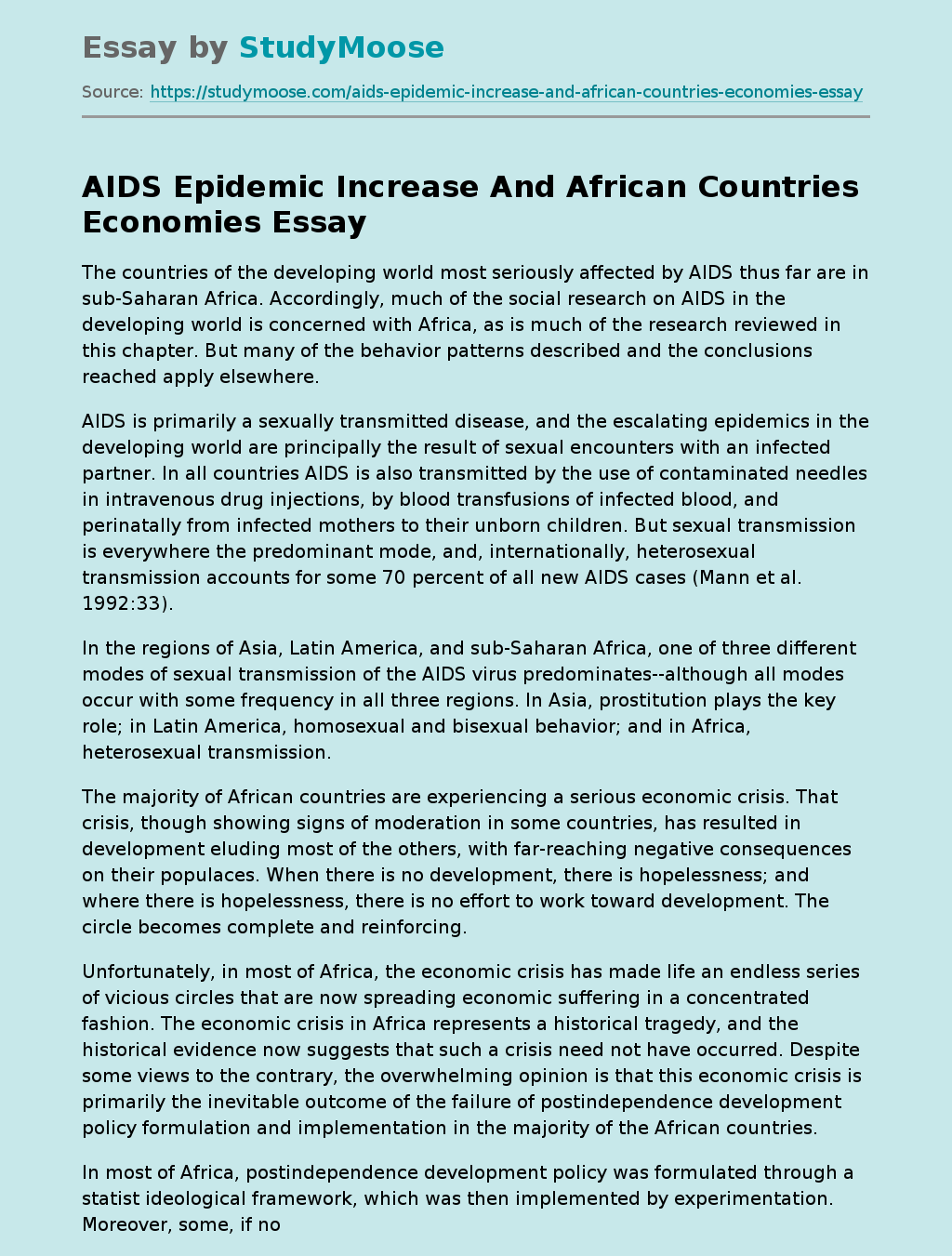