As the first official document that defined the United States government, the Articles of Confederation both reflected the principles and view points of the American Revolution and emphasized the practical uncertainties of democratic government. To say that the Articles of Confederation provided the United States with an effective government, would be over-exaggerating quite a bit. The Congress was weak, and was purposely designed to be weak. They were purposely set up as a weak government so that the government could be less threatening.

The Articles of Confederation had many accomplishments and strengths.

It ended the Revolutionary War. The U.S. government could claim some credit for the ultimate victory of Washington’s army and for negotiating favorable terms in the treaty of peace with Britain. It kept the states unified during the war, and dealt successfully with western lands. The Land Ordinance of 1785 was set up to pay off debt, distributed land in an orderly fashion, and provided land for public education. The Northwest Ordinance of 1787was probably the greatest domestic success of the Articles; stated that 60,000 people was needed to become a state. This would prevent future problems for western colonies, and it forbade slavery. [Document E] The Articles of Confederation maintained sovereignty and equality among states(each having one vote in Congress,) and had power to respond to foreign affairs, declare war, appoint military officers, and coin money. Despite the Articles of Confederations strengths, they were also relatively weak.

Under the Articles of Confederation nine out of thirteen states must agree to pass legislation, and all thirteen must agree to amend new articles; which were basically impossible. Neither did Congress have any executive power to enforce its own laws. Congress couldn’t regulate trade between states and foreign nations, reqruit a military force, nor uniform currency. Each state had it’s own currency, which made travel and trade difficult.

Trade regulations varied from state to state which created further difficulties. In a letter from the Rhode Island Assembly to Congress in 1782, it showed that under the Articles, the central government could not levy taxes. To create a tax or change a law required a unanimous vote. Rhode Island listed a few reasons why they did not support the new tax. Some states refused to pay taxes. States argued about land and how some states received more land than the others. These issues led to Shay’s Rebellion; where many farmers lost land due to foreclosure and tax delinquency. Hundreds rebelled demanding cheap paper money. This period in time showed the government was too weak.

Another problem the government faced due to the lack of strength of the Articles were Britain trying to take advantage of that fact. The British maintained troops along the Canadian border and in the United States trading posts because the British knew that the Americas couldn’t do anything due to lack of military. In John Jay’s Instructions to the U.S. Minister to Great Britain, he describes the need of the minister to convince Britain to remove its troops. This caused great fear and troubled the Americans. The Americans worried that the British were unwilling to accept the Treaty of Paris and were plotting revenge. John Jay instructed the minister to be unyielding with the British. Britain and Spain didn’t go about conquering America because the Americans owed them money. Eventually Spain seized the mouth of the Mississippi which cut trading routes.

In Rawlin Lowndes’ speech to the South Carolina House of Representatives, he was debating the adoption of a federal constitution. Rawlin Lowndes believed that instead of just adopting a completely new constitution, they should just make new additions to the already existing Articles of Confederation. Many Anti-Federalists had the same views as Rawlin Lowndes. When the Federalists finally agreed to add the Bill of Rights to the Constitution, they were able to win a very narrow majority. This proximity of the race showed that many people approved of the Articles and thought that they were an effective form of government.

In Thomas Jefferson’s words, “This example of changing the constitution by assembling the wise men of the state, instead of assembling armies, will be worth as much to the world as the former examples we have given it.” Prior to this, nearly all constitutions or laws throughout the world were either immutable or worse, were changed on a whim (by the king, for example). The only way to affect change, or the changes you wanted, were by force. The system set forth by the founders was one in which the laws were binding, yet there was an orderly and defined process by which they could be amended, by means of political process, not force. 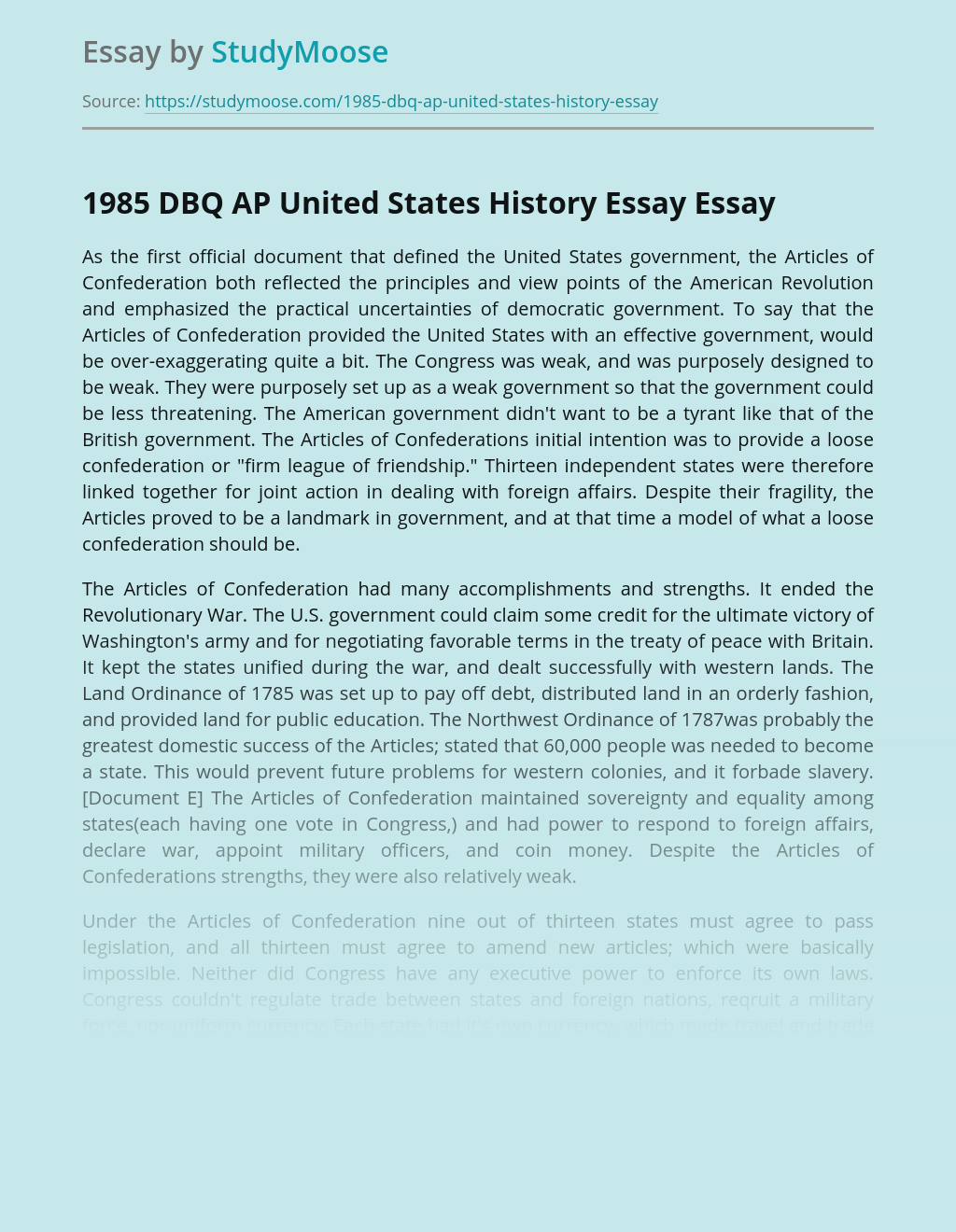 Increasing baby dumping cases all over the nation shown us this situation can be classified as critical social crisis, many factor will lead to this situation. The baby dumping can refer to discarding or leaving alone for extended period of time, a child younger than 12 months of age in a public or private setting...

Introduction LIME. an acronym for ‘Landline. Internet. Mobile. Entertainment’ . is owned by the British based Cable & A ; Wireless Communications. The company formed from the integrated concerns of Cable & A ; Wireless in the Caribbean which adopted the LIME name on 3rd of November 2008. With people passing a batch of clip...

Taxation for redistribution is at par with forced labor

Taxation for redistribution is at par with forced labor Introduction        There are various definitions given to taxation. The first definition of this term refers to it as the process by which the sovereign authority through its legislature uses to defray expenses of the government. Taxation is as well deemed as a way...