The Most Dangerous Game: Retelling & Analysis

Greed can sometimes be caused by wanting money, a better relationship, a better house, life, and other things. All of these have on e thing in common, wanting more than you already have. The older brother in “The Scarlet Ibis”, for example, wants to live with a better brother, so he and his brother struggle to live together. Some people do not realize they have greed until it’s too late. Greed will always hurt people in the end, because they refuse to give in, it hurts other people, and it can change history.

Don't use plagiarized sources. Get your custom essay on
“ The Most Dangerous Game: Retelling & Analysis ”
Get custom paper
NEW! smart matching with writer

In “The Most Dangerous Game”, both Zaroff and Rainsford experience greed because they refuse to give in. In the beginning, Rainsford tries to get closer and closer to the edge of the boat to see, and eventually he falls off, and this is greedy because he keeps trying to see more and more, until it eventually makes him fall off the boat. Next, when Zaroff meets Rainsford, he says he hunts humans, because regular animals do not face him with a big enough challenge, and Rainsford defeats Zaroff and gets to survive.

Proficient in: The Most Dangerous Game

The Most Dangerous Game: Retelling & Analysis. (2016, Mar 30). Retrieved from https://studymoose.com/the-most-dangerous-game-retelling-analysis-essay 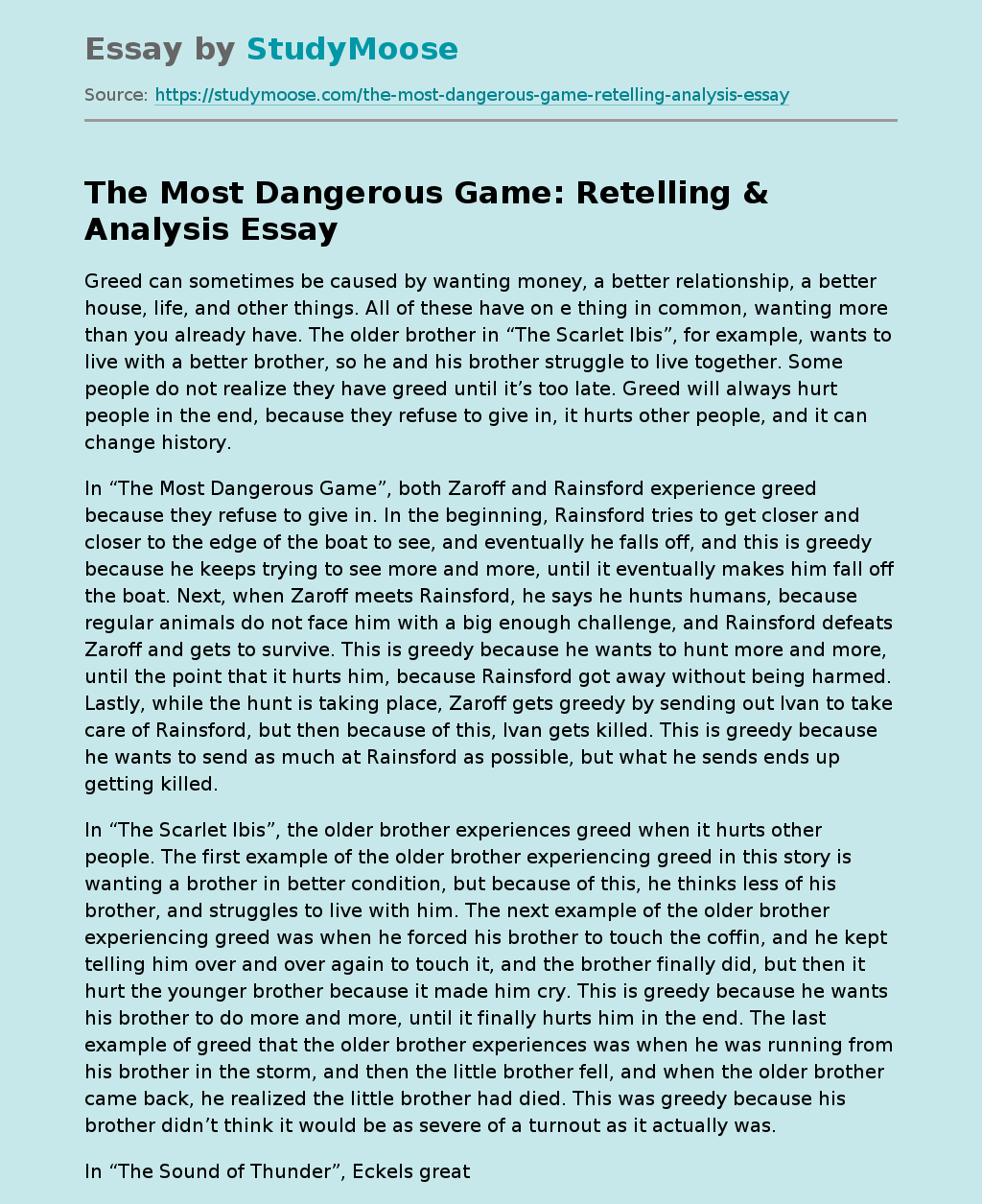