Seventeen year old Michael Oher, an extremely large, physically imposing black youth, grew up in Memphis. He is no longer living with his drug addicted mother, but is in a foster care when he isn’t running away to sleep wherever else he can find. Out of circumstances including Coach Burt Cotton’s belief that he would be an asset to the school’s football program based solely on his size and seeing him move, Michael is accepted into Wingate Christian School – an exclusive private school – despite his abysmal 0.

Don't use plagiarized sources. Get your custom essay on
“ Summary Blind Side ”
Get custom paper
NEW! smart matching with writer

After Michael starts attending classes at Wingate, most of his teachers believe he is unteachable, except his science teacher, Mrs. Boswell, who begins to understand that he learns in a different way. Believing he is indeed homeless, Caucasian and staunch Republican. Leigh Anne Tuohy – mother of Wingate students, Collins Tuohy and S. J. Tuohy, and wife to Sean Tuohy, franchise owner of several Taco Bells – invites Michael to stay in the Tuohy’s home for the night.

But that one night slowly extends itself both in terms of time and emotion as the Tuohys begin to treat Michael like one of the family and vise versa. Part of that emotional investment for Leigh Anne is fully understanding Michael as a person so that he can fulfill his potential as a human being, which includes giving him opportunities such as what Coach Cotton initially saw in Michael as a potential left tackle.

Potential problems include Michael’s poor academic standing which may prohibit him from participating in extracurricular activities at the school, his learning disability which may extend to other aspects of his life beyond his schooling, whether he actually can play football, and authorities questioning Leigh Anne and all the Tuohy’s motivations in inviting Michael into their home and family. 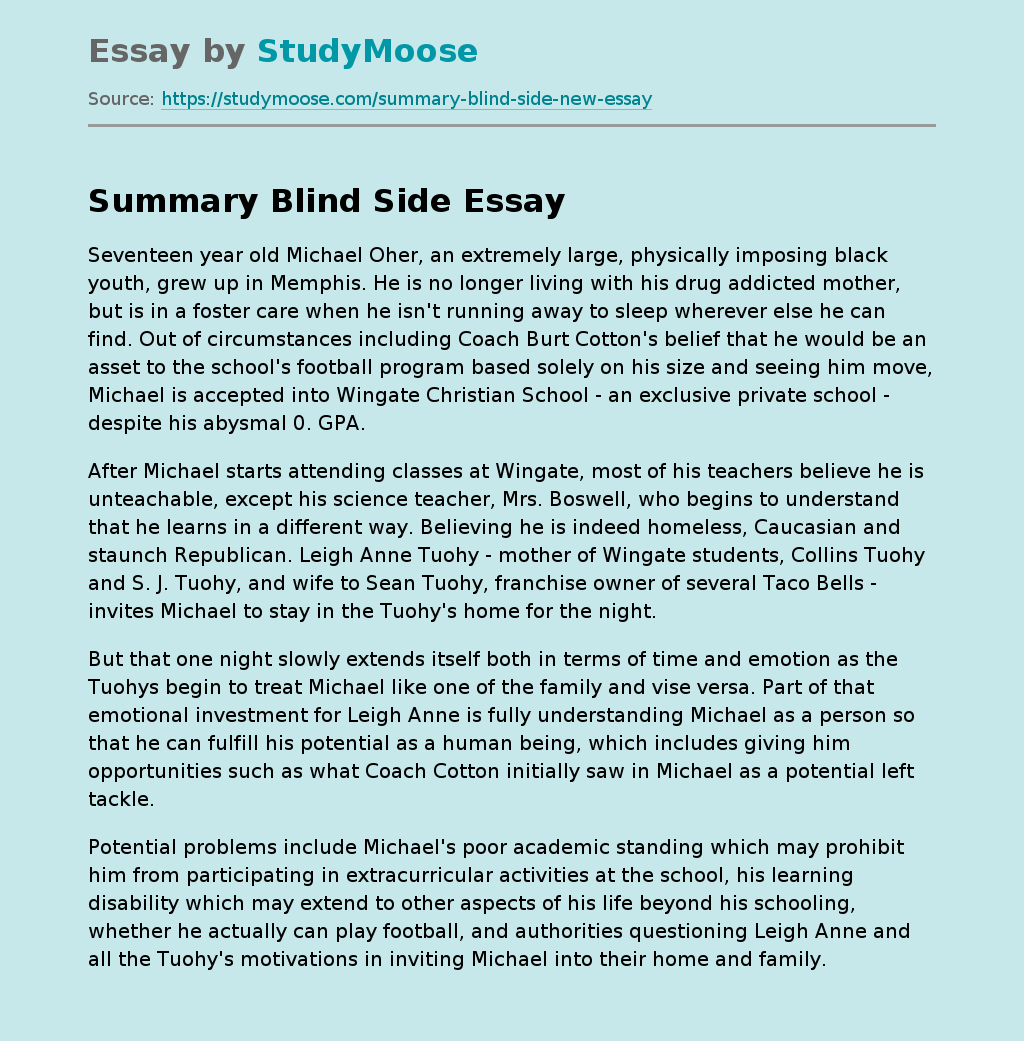