He set out to study social influences and how social forces affect a person’s opinions and attitudes (Wren, 1999). After studying earlier psychologists, Asch noted that participants in these past studies often changed their differing opinions to those of the majorities, when confronted with opposing views. The results of the experiment showed that the answers given could to a significant percentage be influenced by peer pressure this was due to the fact that the participants that were not subjected to peer pressure gave the correct answers to all but one question.

Don't use plagiarized sources. Get your custom essay on
“ Solomon Asch Biography and Works ”
Get custom paper
NEW! smart matching with writer

Despite the progress made, there were criticisms directed towards the experiment.

The first criticism was based on the age of participants which reflected their level of experience in life related matters. Critics under this argument state that older participants would have provided better findings since they are more mature and have experienced different life situations. These accompanied by the fact that older people have more mental strength meant that they could have held to their convictions as regarding to what they believed was the true answers to the questions provided.

The other critic is that according to recent studies, women have been seen to be more conformist than males.

According to Hills (2001) the Asch conformity had no ecological underpinnings. This simply means that the findings of this experiment could not apply in most real life situations because the environment under which it was conducted was controlled and there was no room for influence from other factors such as emotions, morals and personal perception. In summary, although there are many criticisms to this experiment, the experiment proved that one voice can undoubtedly influence other people into conformity.

Solomon Asch Biography and Works. (2020, May 12). Retrieved from http://studymoose.com/solomon-asch-biography-and-works-essay 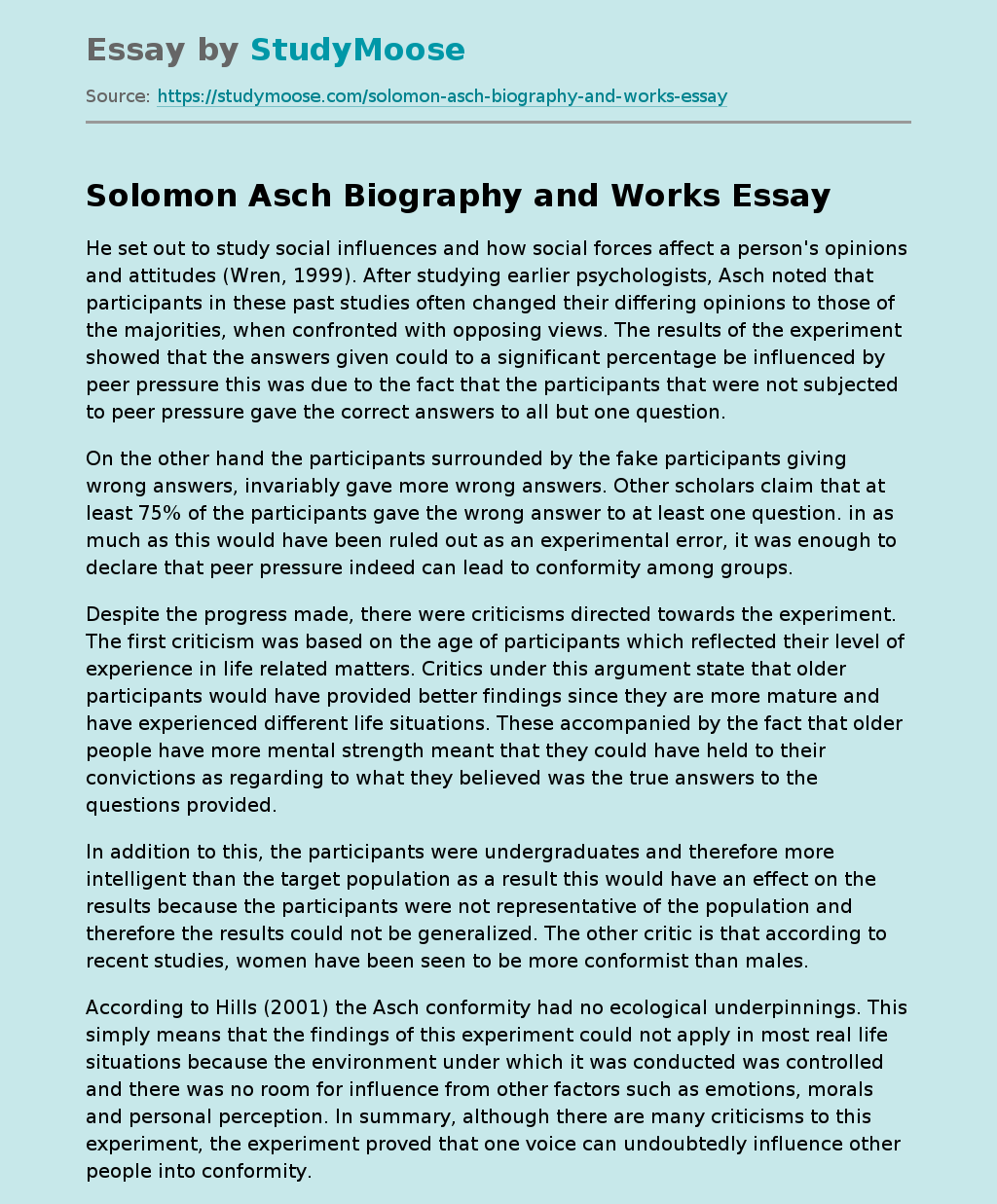