In the cast system in India, there is very little room for social movement. It is very hard for someone born in a lower caste to move up to a higher caste and escape the slums. Even if someone who is born poor works hard and becomes monetarily wealthy, they will still not be accepted by a higher caste. They may have money but they will be living in the same area with the same people as he or she has had to do their whole life.

Don't use plagiarized sources. Get your custom essay on
“ Social Reflections of Slumdog Millionaire ”
Get custom paper
NEW! smart matching with writer

The increasing popularity of an American television show in India, as portrayed in Slumdog Millionaire, is consistent with more and more citizens valuing monetary wealth over all else. It also shows that the population doesn’t want to have to work hard for their money. They want easy, fast money that involves very little effort. Hence the popularity of the television show, Who Wants to be a Millionaire?

Not only does a show like this promote monetary values over life experience and hard work, but it also makes Heroes out of people simply for becoming wealthy.

Many Indians were glued to their Television sets as they watched Jamal, a young man from the Slums, play to win six million rupees. They turned Jamal into a hero, simply for being wealthy. They cheered him on as it is announced that he has won, not even aware that the money never mattered to Jamal. He valued something much more precious than physical wealth. He valued his life experience, hard-work and love above everything else.

Society now days cheers someone who did not have to work for their money over someone who has worked hard for what they have. 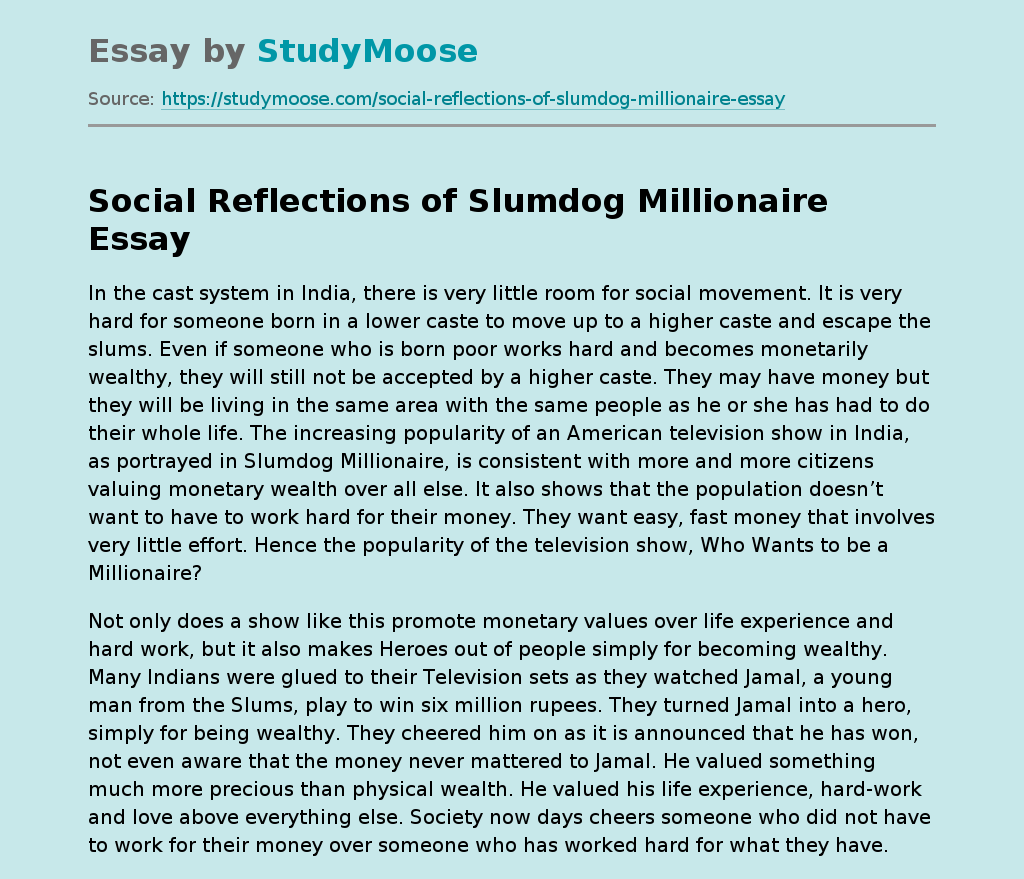