During my research on Sigmund Freud’s psychoanalytic theory I came across many articles detailing the biography of Sigmund Freud. I found many of the biographical articles interesting in relation to Freud’s theories of psychoanalysis and psychosexual development. I believe that there are many aspects of Sigmund Freud’s life that can be analyzed using his own theories. The main aspect of Freud’s life which I believe can be analyzed using his theory on psychosexual development is the fact that Freud was a cigar smoker.

Freud’s own theories in this area stated that someone who receives too much or too little satisfaction during the oral stage of childhood could develop oral fixations that would be expressed as smoking, alcoholism, or other oral stimulus such as nail biting.

Freud attributed all dependency during the oral stage of childhood to breastfeeding. One conflicting study, which was conducted in 2003, applied Freud’s theory of the correlation between breastfeeding and smoking.

This study resulted in contrasting findings in compression to Freud’s original theories. This study found that 87 percent of participants reported no connection between being breastfed and smoking. During our studies on Freud’s Psychosexual Development we emphasized on the fact that Freud’s theory’s on Psychoanalysis were unproven methods. 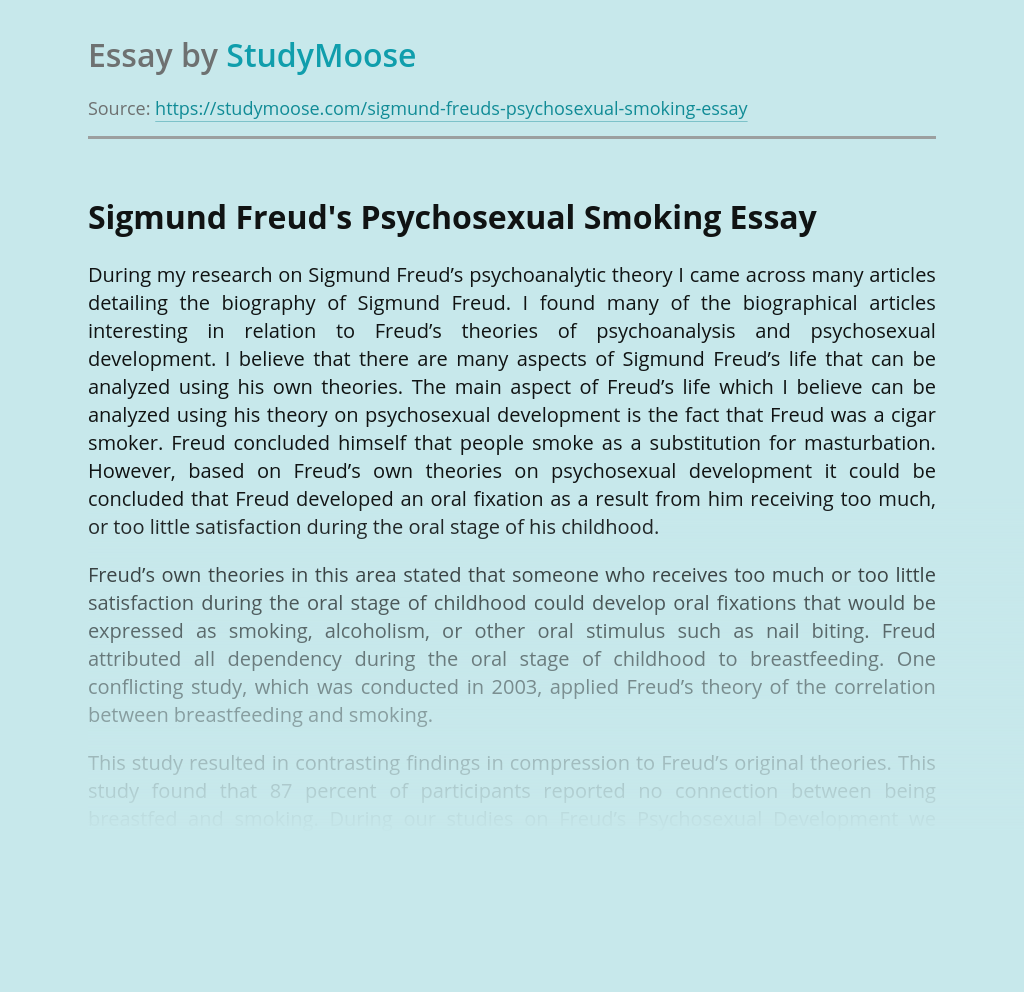