Most students if asked would tell you that they wish school started later. Many studies have shown that a later start time for school can be quite beneficial for the students. I believe that school should start later due to many reasons that I will address.

For one, if school started later students would be able to get more sleep. At our age sleep is an essential part of our growth and development. Scientist say that teenagers should be getting about 10-12 hours of sleep per night.

Don't use plagiarized sources. Get your custom essay on
“ School Should Start Later ”
Get custom paper
NEW! smart matching with writer

More sleep helps the teenage body regenerate and helps the brain develop. Also more sleep will help students stay alert and attentive during class. If students are engaged during class, then obviously they will do better. I have been told that school starts early in order to prepare us to wake up early for our jobs as adults. This does not matter because not enough sleep can cause health concerns, which is more important.

With a later start time students will be more willing to go to school. I would resent the thought of school just a bit less everyday if I didn’t have to wake up so early in the morning to get there, and I think most students would agree with me. When students are not mad that they have to go to school and are somewhat happy to be there, they end up learning more. This is because they apply themselves in a learning environment that they do not have a problem with.

Some will say that students should be showing up to class either way, and although that is true, it is besides the point. The point is that some do not show up to class and with a later start time for school they are more likely to do so.

Many recent studies show that if school started later it would have extensive benefits for the students. One study shows that students are more likely to show up to class when school starts later. This is because students are less tempted to show up to school late or to cut class in order to get a nap in. Another study shows that most students even receive slightly better grades when school starts later. This is because the extra sleep helped them stay alert and attentive during class. These are legitimate studies done by universities, private scientists, and organizations around the country.

As I have restated multiple times, a later start time for school would be quite beneficial to the students attending. Administrators will say that it starts early in the morning to make room for sports, clubs and other activities. 1-2 hours taken away from these things will make little difference. I once again stress that the start time for school should be later 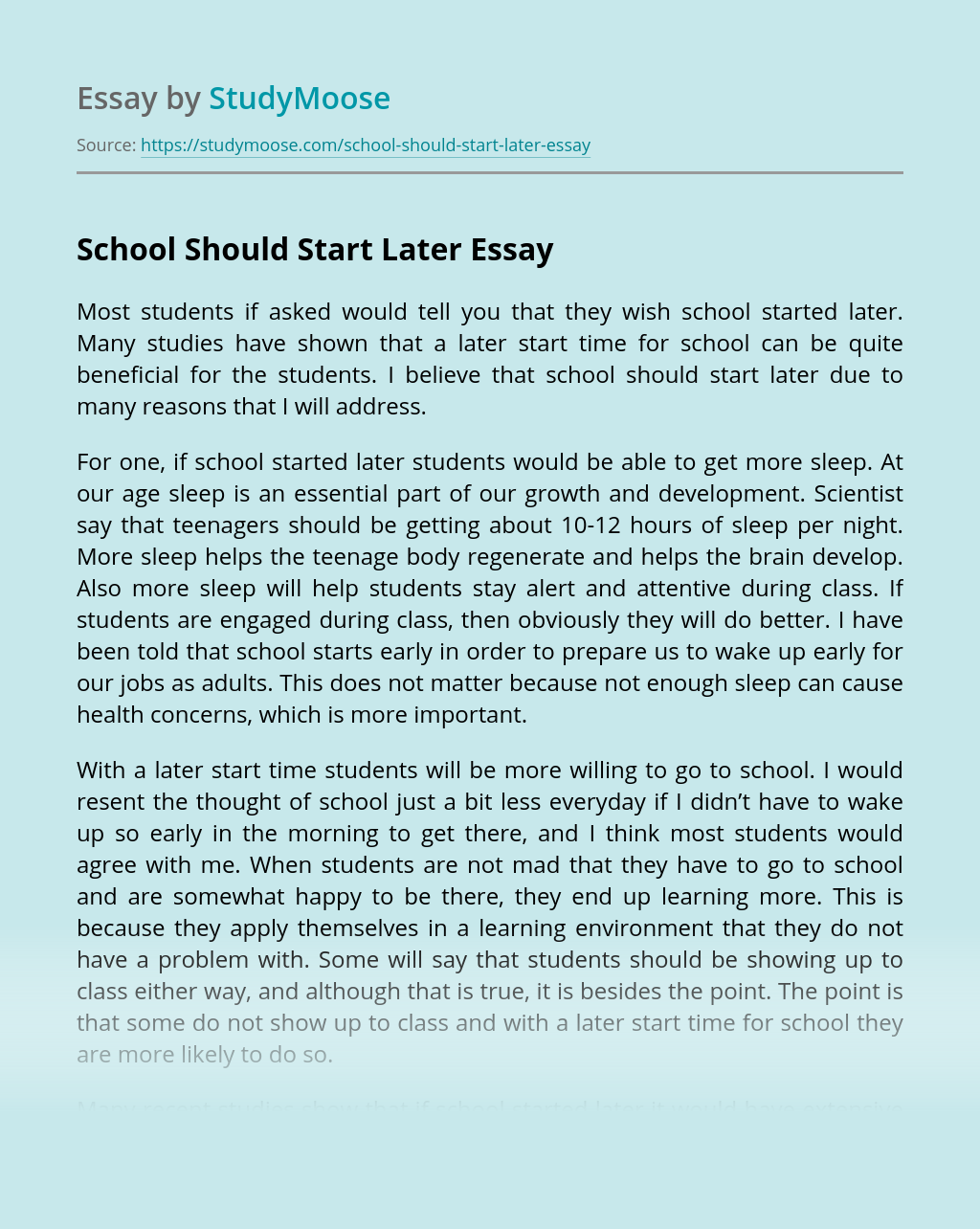