Sino si Rizal? Every Filipino who at least have been to school and received a formal education could answer this for sure with “Our national hero”. But beyond being a hero, do we really know this guy with a statue in Luneta? Was he really that god-like during his entire life? Most of us don’t really care, I bet. But there are really some who go beyond what have been taught in school and study every loop holes about Rizal and even question his being a hero, just like the brains behind the film “Bayaning Third World”.

The film was all about different controversies surrounding Rizal and the highlight was the Retraction Controversy. Did Rizal, in his last few days, ever wrote a letter withdrawing his attacks to the Catholic Church? If he did, what could have driven him to write that? The retraction letter is really controversial because if Rizal did write that, it would turn out that he does not deserve to be called a hero after all.

The film makes me feel like I am in the Hispanic time because of the black and white feature. But this did not bring me to sleep because of the film’s humor that balanced a very serious topic: The Retraction Controversy.

It was not an ordinary film about Rizal’s heroic life and suffering like many directors and filmmakers have done before. I salute every brains behind the film, for going beyond the normal and for making me see that Rizal is not that godly since he also had unrevealed secrets and unsolved controversies just like any human.

He could have been inconsistent with his ideals because if not, controversies like this would not arise. His alleged inconsistencies made him a “Bayaning Third World”. I even think Rizal would agree as him being a “marupok”, he was just like any of us who had weaknesses and didn’t want to be perceived as god-like.

After watching the film, I asked myself whether Jose Rizal would have wanted the fame he has right now. Along with the fame are cluttered stories and even different judgments. Would the humble Rizal like all of these? I don’t think so. His last words to his mom, Teodora, can attest to this. He just wanted a simple burial and no anniversaries. I think he even wanted to bury his living memories with him. Now, his memories are not just remembered but questioned. I pity a dead man, who cannot even defend himself from all the judgments thrown at him. If Rizal could just rise from the dead and answer everything or at least just The Retraction Controversy.

I like the film’s approach in searching for answers for the controversy, bringing to life important characters in Rizal’s life like Paciano, Fr. Balaguer, Trining, Teodora, Josephine Bracken and even Rizal himself to personally ask them about what really happened in Rizal’s last few days. Each character’s answers, I understood are subjective or if not are from the different writings or diaries found. After all those effort of finding the truth about Rizal’s alleged retraction, there has been no strong evidence that could put an end to it. Some believed he wrote that just to marry Josephine, some says the signature was forged, some says everything was just all invented by the Catholic Church at that time to erase to the notion of Rizal, mortal enemy of the Church, as our hero. Indeed, Rizal buried with him the truth about this controversy and we are left to believe what we want to individually believe. 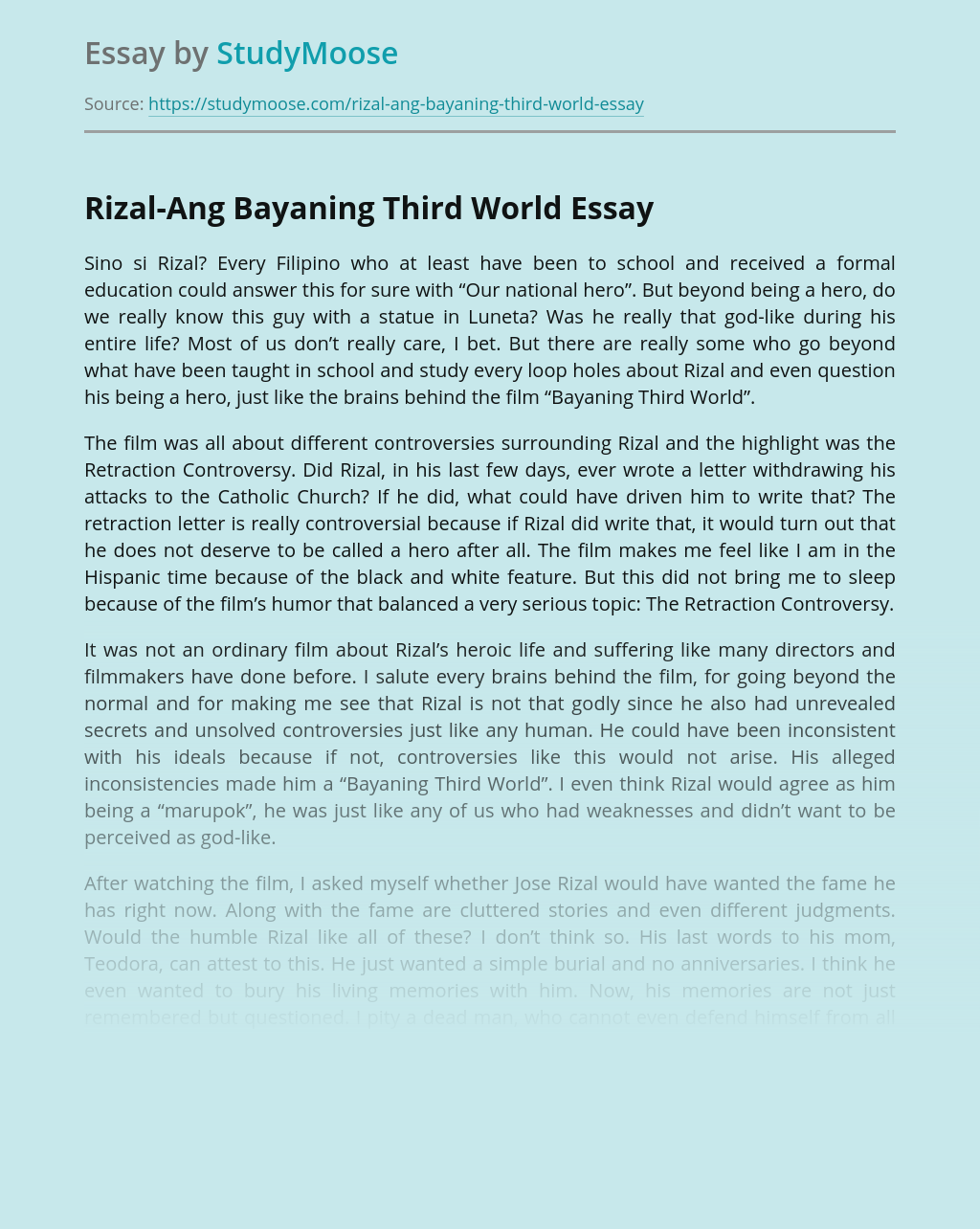