Relative density is the ratio of the density (mass per unit volume) of a substance to the density of a given reference material. The theory or the principle that we used for the experiment is the Archimides’ Principle which states that any fluid a buoyant force to an object that is partially or completely immersed in it; the magnitude of the buoyant force equals the weight of the fluid that the object displaces.

Don't use plagiarized sources. Get your custom essay on
“ Relative Density ”
Get custom paper
NEW! smart matching with writer

In the experiment we used different formulas. For activity 1 (g) mass of the substance which is Aluminum, (cc) initial level of water, (g/cc) for the experimental value, magnitude of buoyant force [pic]= Wfluid which is weight of displaced fluid. For activity 2 we used formulas for getting the relative density of the bone.

The calculated density was compared to the standard density (2.7 g/cc) and the % error was taken.

Activity 2: Density of a Bone

Table 1 show the results from activity 1, table 2 for activity 2 in activity the finding is that the bone has osteopenia it is or low bone mass because the density of the bone is within 1.0 to 2.5 and table 3 for activity 3. 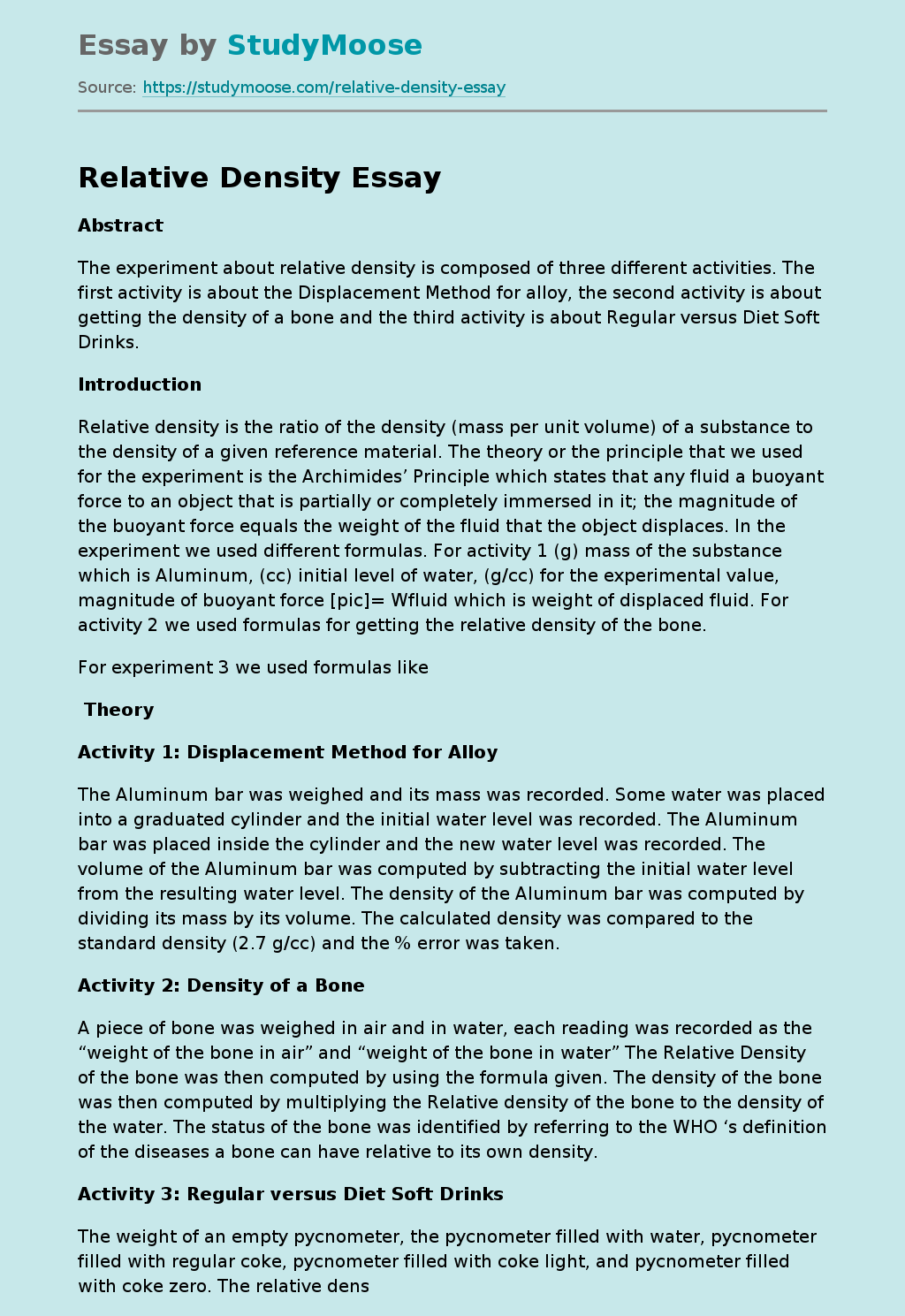