Political: Denmark is a constitutional monarchy, with a minority government of Liberal coalition. Several parties can be presented in the Parliament due to the multi-party structure that is formed. They value democracy, human rights and has a strong sense of foreign policy with the willingness to increase international security and provide stability, to ensure great economic development. The last government election was held in 2015 and the next parliamentary election will be in the following year of 2019. (Ministry of foreign affairs of Denmark, n.

Don't use plagiarized sources. Get your custom essay on
“ Political Denmark is a constitutional monarchy with a minority government of Liberal ”
Get custom paper
NEW! smart matching with writer

d.) Health regulations are playing an important aspect of Danish lifestyle. Life expectancy has a strong standing at age of 81 at birth. Meaning, in Denmark they provide a good health care spending and health strategy to ensure good lifestyle, this also proves the above 71 percentage of people how answered they are in a good health. They have introduced a new policy in 2015 to encourage customers to switch to healthy lifestyle. In the supermarkets they offered pre-cut vegetables next to the meat side to offer healthier options with their meal.

The study had a successful effect, with a 61,3% increase in the vegetable purchase. (OECD, n.d.) According to a recent survey made by OECD Economics there is a need for another tax reform in Denmark. Tax revenue to GDP is 46%, that is well above the average 34,2%. Even though the supposed change, they should still continue to reform taxes in the favour of higher education, hospitals and entrepreneurship which would benefit the productivity growth. It is recommended for corporate taxation to establish ACE, allowance for corporate equity, to boost labour wages and moreover labour efficiency.

Political Denmark is a constitutional monarchy with a minority government of Liberal. (2019, Aug 20). Retrieved from http://studymoose.com/political-denmark-is-a-constitutional-monarchy-with-a-minority-government-of-liberal-essay 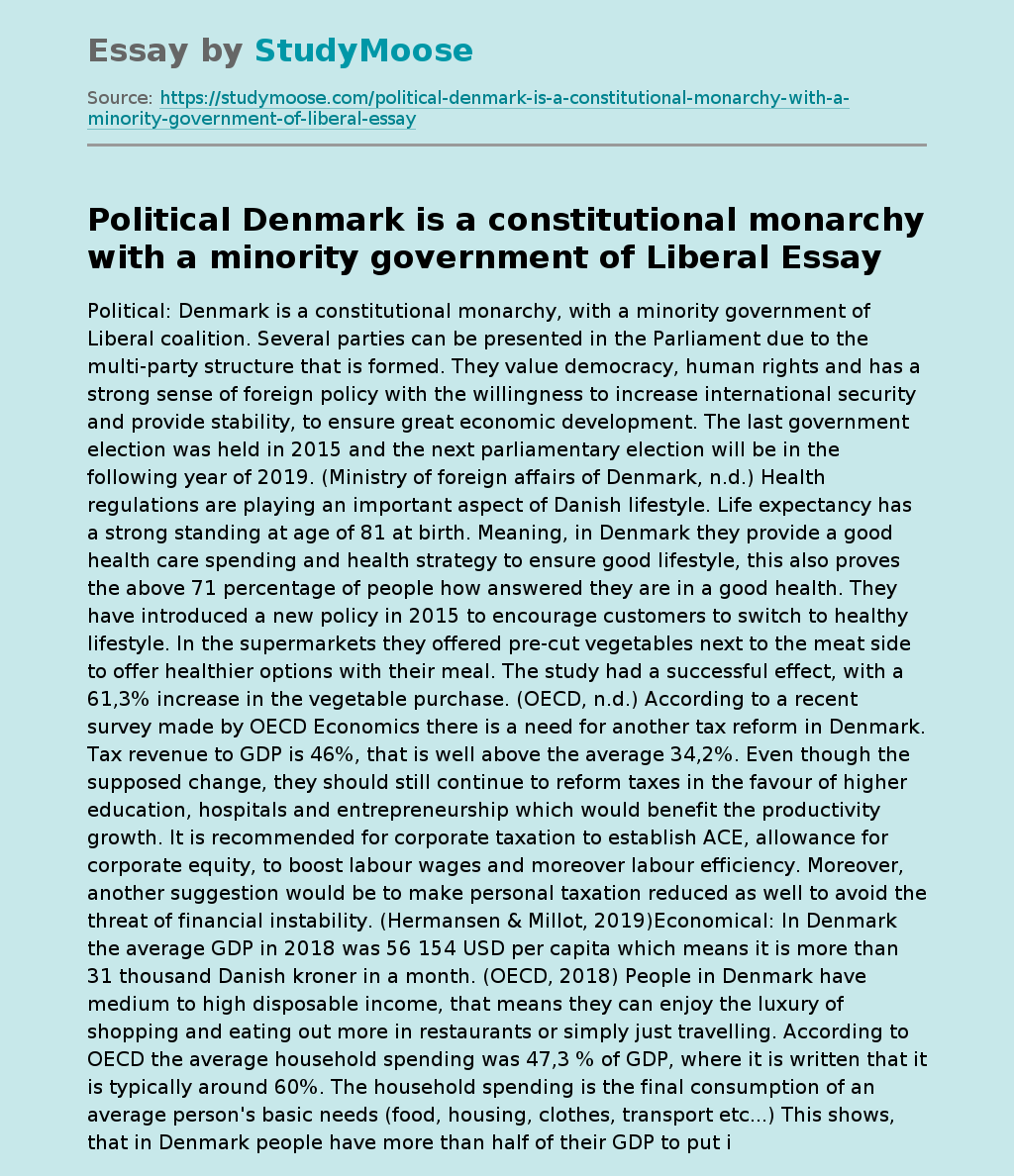