Strindberg distorts external reality by creating scenes that happen between life and death.

Don't use plagiarized sources. Get your custom essay on
“ Play The Ghost Sonata ”
Get custom paper
NEW! smart matching with writer

On several occasions the character of the student sees apparitions that the character the old man cannot see such as the milkmaid and the ghost of the dead man. Also, to “capture inner feelings” Strindberg unmasks his characters to see their true beings of liars, hypocrites and criminals.

This is also how he groups his characters instead of fully developing them, in the lecture notes expressionist drama finds “general truths” through presenting characters a certain types such as “the Father, the Worker, or the Wife”.

Lastly, the lecture also explained how expressionistic drama has a tendency of having minimal action, a simplified plot, and resembles a sort of pattern. Strindberg uses a musical pattern in the structure of his play “The Ghost Sonata”.

The title, “The Ghost Sonata” is named after the term “sonata”, the term was defined in the supplementary notes, which is a “three or four part composition that consists of independent movements that vary in key, mood, and tempo”. Strindberg uses a three part composition in for his play, he divides the play into three scenes which are similar to the structure of a “sonata”.

Through these expressionistic elements, Strindberg was able to create a play that distorted reality, typed characters to express their inner self’s, and uses musical patterning to resemble a sonata. 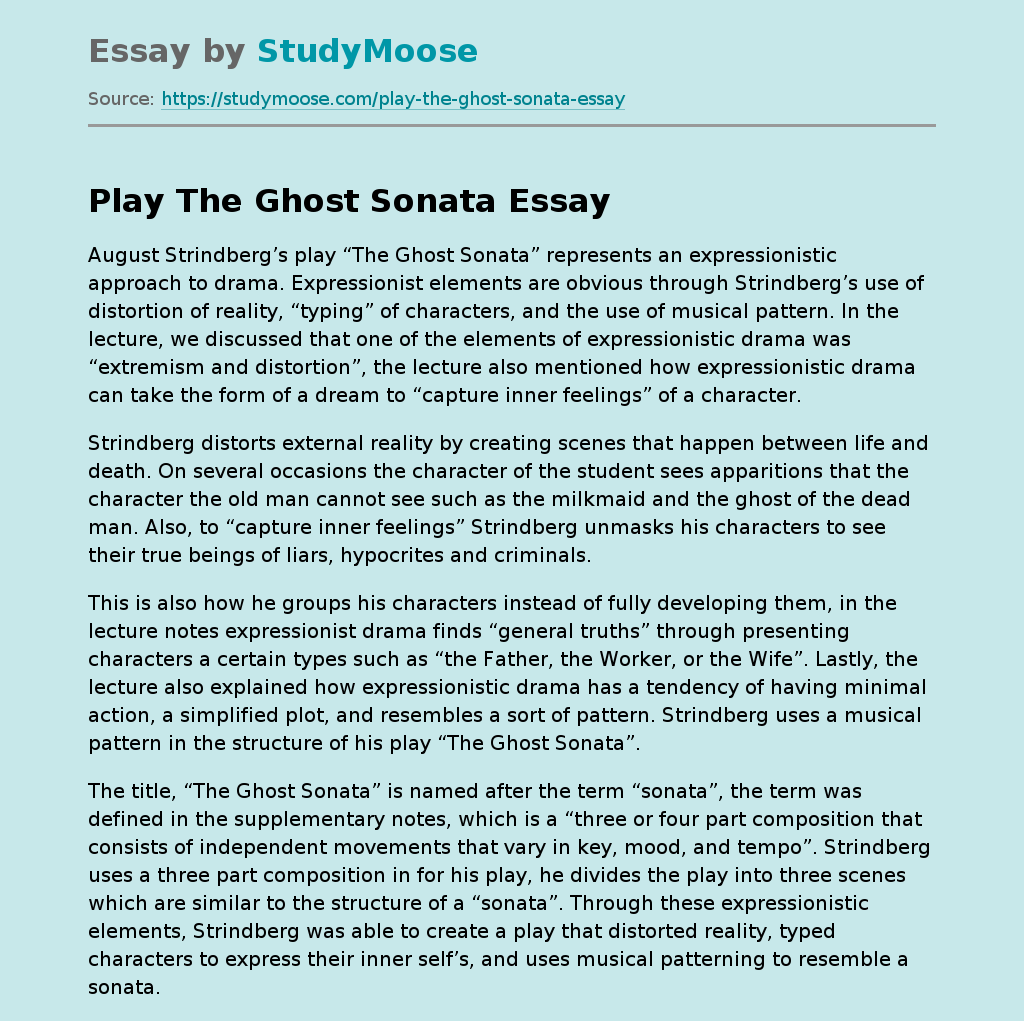