Dependence during infancy is unique amongst hominids compared to other beings. However, different cultures in the world differ on how they cater to this dependency. For example, the American culture is influenced by individualism, therefore they tend to rear their children in such a way that they will grow up as an independent individual. On the other hand, Japanese are likely to be more affectionate in their child upbringing culture.

And on both instances, infants who were reared up the American or Japanese way, their anticipated adult traits remain to be visible.

Don't use plagiarized sources. Get your custom essay on
“ Our Babies, Ourselves ”
Get custom paper
NEW! smart matching with writer

As the article “Our Babies, Ourselves” suggests, the care given to an infant during his most dependent stage is reflected when the infant grows up and he develops his own sense of independence and survival skills. The rearing up process, whether an individual is being given over adequate attention or being least assisted during infancy is reflected by his developed reflexes and skills in his grown up stage.

For the Gusii child-rearing practices, infants were held closer to their parents compared to other cultures.

Here, infants develop a closer bond to their mothers, and later on towards other children to develop their interpersonal skills better. Moreover, apart from the physical and emotional aspects of development, neurological and genetic developments of infants are also being attributed to their rearing up practices.

Thus, the uniqueness developed by an individual regarding his skills, competencies and survival instincts is defined by infant care that was rendered to him by his parents. However, the rearing up process is highly shaped and influenced by traditions within a culture, thus creating cross-cultural differences when it comes to child development across different nations and races.

Our Babies, Ourselves. (2017, Mar 06). Retrieved from https://studymoose.com/our-babies-ourselves-essay 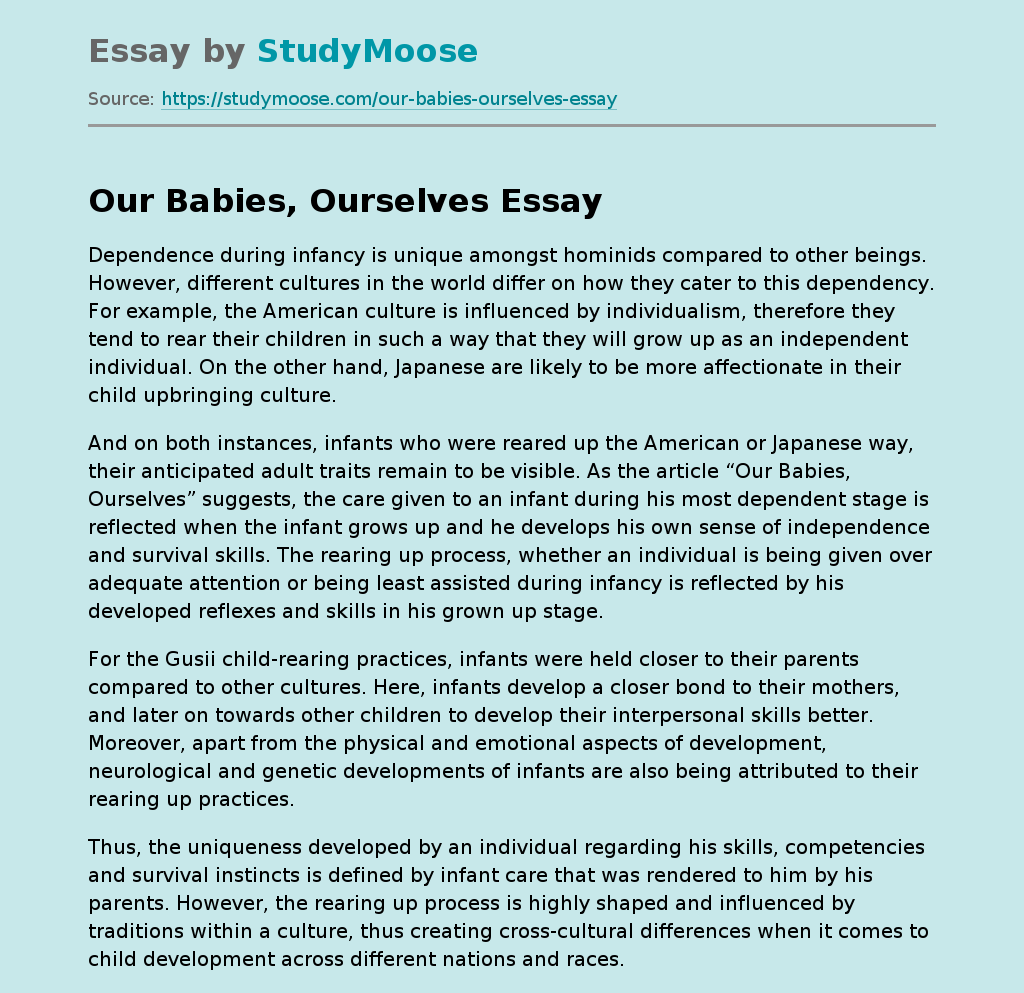