My trip to Cairo

I took a plane to Cairo and it practically costed nothing since I am wealthy. As I exited from the airport I was hit by a wave of heat and moisture. It was like 50 degrees outside. I reconsidered the expedition because I didn’t like hot places and I get sun burns easily when under direct sunlight.

Cairo was a really large city and crowded as well. There were the same number of people as the number of cars on the road.

Don't use plagiarized sources. Get your custom essay on
“ My trip to Cairo ”
Get custom paper
NEW! smart matching with writer

Every car I saw had scratches and dents on it and the whole road was jammed, cars were colliding with other cars as if they were toys, drivers were shouting abuses at each other. There were hawkers selling all kinds of stuff ranging from dates to ornaments made of fake gold. I went to the hotel straight away to get refreshed which didn’t help a lot with the heat. I slept the rest of the day to get set for the thrilling day tomorrow.

I woke up at 5 in the morning, took a shower and local breakfast which I found exquisite. I took my 60-liter backpack which included; water bottles, some dried snacks, 5-meter rope with a hook, a lighter, a knife, a whip inspired by Indiana Jones, a small revolver and a flare stick. I also carried a 2 kg oxygen tank since I was going to go underground where there will be no proper ventilation. Once I was ready, I called a cab and took off to the pyramid ignoring all the other attractions of Cairo.

As I was arriving at my destination I could see the gigantic, elegant pyramids on the horizon. They looked white because of the extremely harsh sunlight bouncing of the big stones. I paid the cab driver his amount when we reached and went to the entrance of the tourist area. Just walking to the pyramid from the entrance takes half an hour. As I was approaching the pyramid it became bigger and bigger until I could see the building blocks of this monstrosity were larger than human beings who placed them there. I tried to see if anyone was allowed inside the pyramid however the entrance was guarded by police officers and only archeologist and the local workers were allowed in hence I bribed one of the guards consequently he let me on one condition that I would also have to pay his friends.

The interior of the pyramid was lit by kerosene lamps which gave a faint orange glow and as I was exploring I felt like I was main character from Lara Croft: Lost city, even though she was a very badass woman and I was middle-aged man trying to follow a foolish legend.

I had entered from the northern entrance which slopes until the cross-section. From here a person can either go up to the king’s, queen’s chamber or the grand gallery or go below the pyramid into the unfinished subterranean chamber. I choose to go deeper, perhaps deeper into hell. I followed the tunnel deeper and deeper as the it became darker and darker until I was almost blind if it wasn’t for my lamp.

The subterranean chamber was under 2.3 million blocks of stone which weighted more than 5 billion tons therefore I was scared out of my pants to imagine being crushed under all this weight. The chamber is said to be unfinished because this was the original burial chamber of Khufu but he canceled the work and built it higher in the pyramid. The chamber was really bare. The walls were made out were of rough stones, the ceiling and the floor made out of smooth stone.

I started looking around for signs of hidden passages or tunnels. While I was looking around as the earth started shaking and this made me freak out, I tried to run the way I came in. However, the earthquake had blocked the way out. “Great, just what I needed!” at the same time my lamp gave out. Now alone in the dark, in an unstable room under millions of stones over my head I tried to calm myself. My heart was beating as fast a jackhammer even after my efforts to calm myself.

Finally, the earth stopped shaking as all the dust settled. I looked around to see if I could find a way around the rubble clogging the entrance. I concluded that if any pieces of rock were to move the whole blockage will collapse. The earthquake had opened up and tunnel which probably descended into what I had been looking for the whole time.

I removed the flare stick and bent it in half which gave out a red glow. The 2 kg oxygen tank were worth carrying the heavyweight around, I put on the mask and hurried since the tank will only last two hours. I put on a timer for two hours on my Casio watch.

The tunnel led me to a huge hallway with tall black stone statues of men with head of an alligators crowned with a three headed cobra. They had spears in their right hand and wore old Egyptian clothing. The hallway ended with a tall doorway made what looked like very thick obsidian like material. There was a small mechanical stand on which something is needed to be placed to activate the doorway. I thought about what this thing could be, so I tried to look around the hallway to see if there anything that might be the key. I looked everywhere, there was small platform on top of the doorway which is where the key for door is kept. 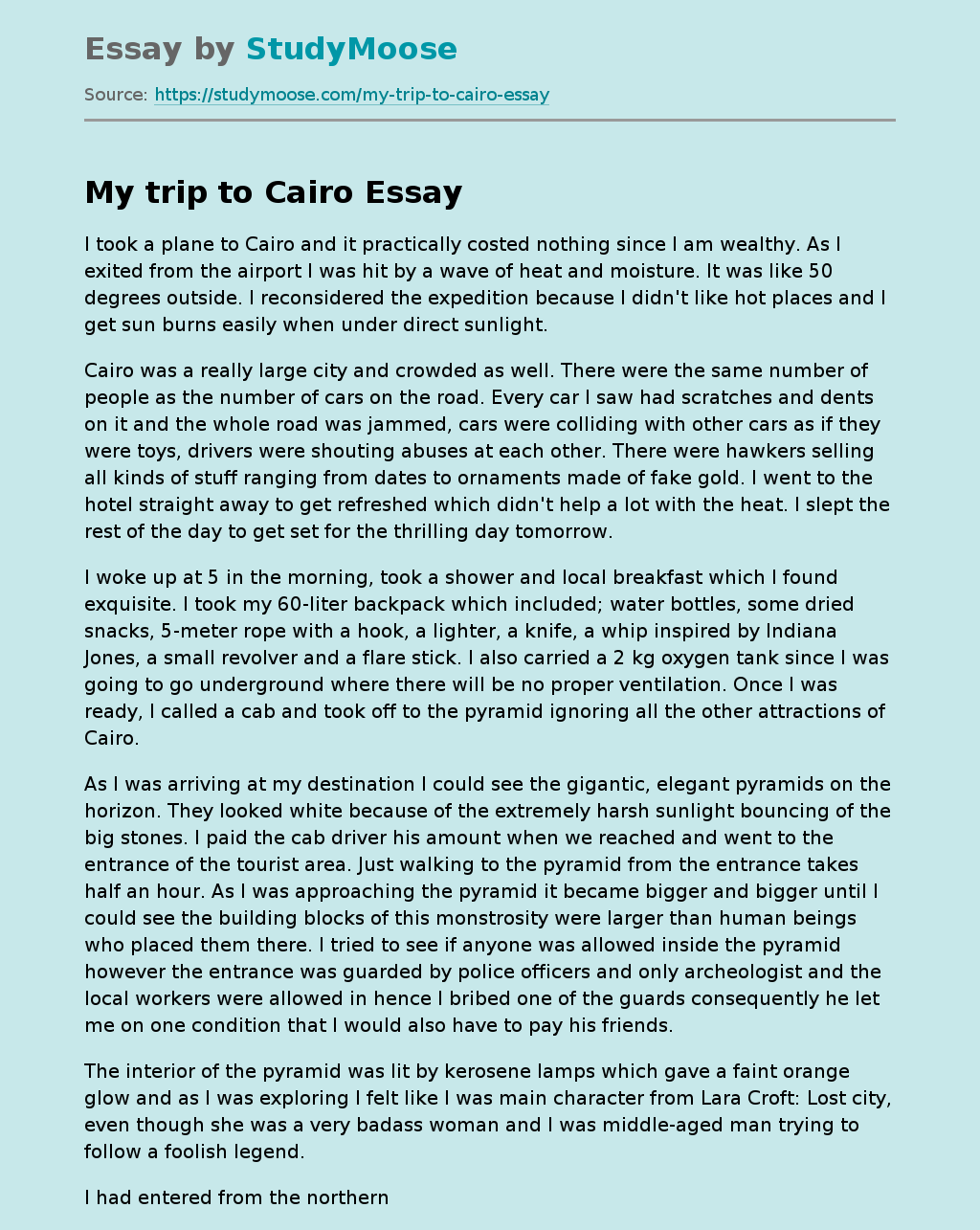