My Hobby Is Dance

Dance does not often leave behind clearly identifiable physical artifacts that last over millennia, such as stone tools, hunting implements or cave paintings. It is not possible to say when dance became part of human culture, which can be called as the history of dance. Joseph Jordania recently suggested, that dance, together with rhythmic music and body painting, was designed by the forces of natural selection at the early stage of hominid evolution as a potent tool to put groups of human ancestors in a battle trance, a specific altered state of consciousness.

Don't use plagiarized sources. Get your custom essay on
“ My Hobby Is Dance ”
Get custom paper
NEW! smart matching with writer

In this state hominids were losing their individual identity and were acquiring collective identity.Jonathan Pieslak researched, that some contemporary military units use loud group singing and dancing in order to prepare themselves for the dangerous combat missions.

According to Jordania, this trance-inducing ability of dance comes from human evolutionary past and includes as well a phenomenon of military drill. which is also based on shared rhythmic and monotonous group activity.

Dance has certainly been an important part of ceremony, rituals, celebrations and entertainment since before the birth of the earliest human civilizations.Archaeology delivers traces of dance from prehistoric times such as the 9,000 year old Bhimbetka rock shelters paintings in India and Egyptian tomb paintings depicting dancing figures from c. 3300 BC. One of the earliest structured uses of dances may have been in the performance and in the telling of myths.

It was also sometimes used to show feelings for one of the opposite gender. It is also linked to the origin of “love making.

” Before the production of written languages, dance was one of the methods of passing these stories down from generation to generation. Another early use of dance may have been as a precursor to ecstatic trance states in healing rituals. Dance is still used for this purpose by many cultures from the Brazilian rainforest to the Kalahari Desert. Sri Lankan dances goes back to the mythological times of aboriginal yingyang twins and “yakkas” (devils). According to a Sinhalese legend, Kandyan dances originate, 2500 years ago, from a magic ritual that broke the spell on a bewitched king.

Many contemporary dance forms can be traced back tohistorical, traditional, ceremonial, and ethnic dances. People here in the country often rave and sing praises for the kids with Filipino heritage who make it on singing shows like American Idol and The Voice but hardly anything has been said about the ones who make it on dancing shows like So You Think You Can Dance. Yes, the local dance groups who have made it and won on America’s Best Dance Crew (Jabbawockeez, Poreotics, Quest Crew) have come over to perform here, but even they aren’t given the recognition and hype that these singers are given. Dancing isn’t simple people, it takes a lot of athleticism, a lot of heart and talent, we should give them the acknowledgment that they deserve! 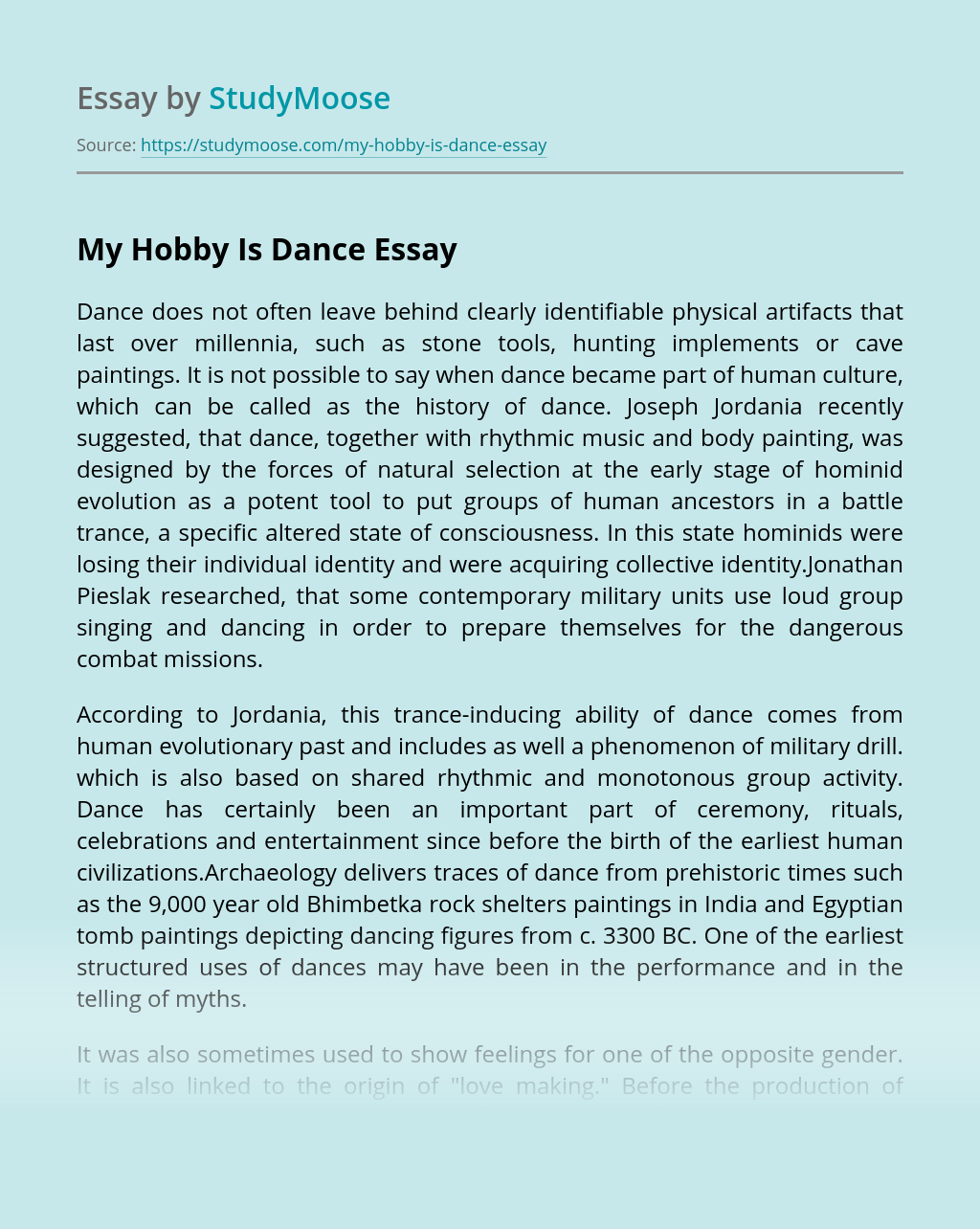