Question 3
Luxor uses a FIFO inventory system, so the inventory that is sold first actually may come from prior years.

Because of this, goods that are sold in each year need to be separated into goods produced in that year and goods produced in prior years. This is necessary to do because the percentage of the COGS that is variable is slightly different from year to year. 2009 Cost of Goods Sold:

V is easily estimated by (COGS-Fixed Costs) /Sales
There is a small amount of fixed costs in COGS which means that it is not strictly variable, but for our purposes that makes a very small, immaterial difference and the question only requires an approximation.

Again, V is easily estimated by COGS/Sales
There is a small amount of fixed costs in COGS which means that it is not strictly variable, but for our purposes that makes a very small, immaterial difference and the question only requires an approximation.

The new breakeven sales for 2012 would be approximately 33.00, given that 2012 is approximately similar to 2011. The firm is more likely to breakeven than the previous year if they can keep their sales constant and do not produce more than they can sell. Although with current trends of sales over the past few years, it could be estimated that breakeven is not likely. With the current trends sales could be estimated somewhere around 32 million, in which case the firm would not breakeven in 2012. Question 6

* Planned production is to produce the same amount as the planned sales, as per sales manager

* The Retained Earnings are 9.7 in this budget, which is adjusted from the previous budget to account for an additional $0.7 M loss

Question 7
Through the implementation of the suggested changes in allocation, more of the fixed costs will be allocated to the cream products because this product line has the highest margin (as shown in the budgeted Cost of Goods Manufactured above), even though creams have the lowest total sales value. This will lead to more of the fixed costs being incorporated into the Cost of Goods sold, and not into the ending inventory numbers, therefore decreasing pre-tax income even further. Allocating the fixed costs in this manner would not affect the Cash Flow Statement in any way, as the fixed costs would still lead to a cash disbursement of an equal value regardless of which product line they are allocated to.

Question 8
Luxor Cosmetics is a company that is stuck in a dying market because most of their customers that buy the lipstick and nail polish are women aged 45 to 75 who are in the lower income group. As that group gets older and older they have less need for cosmetics so they buy less and less. The sales will continue to drop and we will get less and less profitable. A way to combat this is to reposition ourselves in the market. We need to find a way to get ourselves into a better market that is more eager to buy cosmetics. One way of doing this would be to start targeting a new demographic of women who will buy our products. We could also avoid the non-wholesale market because that way we would get bigger orders and be able to budget better. However if we do this we will have to consider the possibility that we will have to lower our prices and we will have less profits in the end but we will have more sales. We should reinvest in the company that we purchased in the 1990s. We had a product that we were going to aim at teenagers but we abandoned the company due to the dotcom crash; we should look at getting that company running. We should reinvest in the company that we abandoned because the market has recovered now.

We would get a brand new customer base and we could have increased sales. Plus we already own the company and it does no benefit to us just sitting on the books not generating any profits. It is an environmentally friendly product and environmentally friendly products are becoming more and more popular today. We could make the company seem very socially responsible and that would build us a better reputation and may make our sales in our existing company increase substantially. The goodwill that is on the books today was acquired when we bought the environmentally friendly company in the 1990’s and yet we have not revalued it since then. The asset impairment test should be done on goodwill to see how much of the goodwill exists anymore. It is possible that the asset of goodwill should not exist on the books for Luxor at all anymore.

And it is just making our financial statements misleading for investors. If we adjust this properly we will have a more realistic picture of our company as it stands now. This way we will not have misleading financial statements anymore. There are a few ethical issues in the case. The first is that there is pressure for the numbers to be fudged, but as a professional accountant that cannot be done. We do not want to make the statements misleading so that the bank is coaxed into giving us a loan that we cannot afford. We cannot fudge the statements to meet our needs because someone would figure it out and we would not get away with it and overall it is highly unethical. The other is following the policy that is set in place for how to account for certain things. If our inventory is not usable anymore we should not be keeping it on the books hoping it will make us look better. This is not appropriate and should be written off and adjusted for the fact that it is now obsolete. 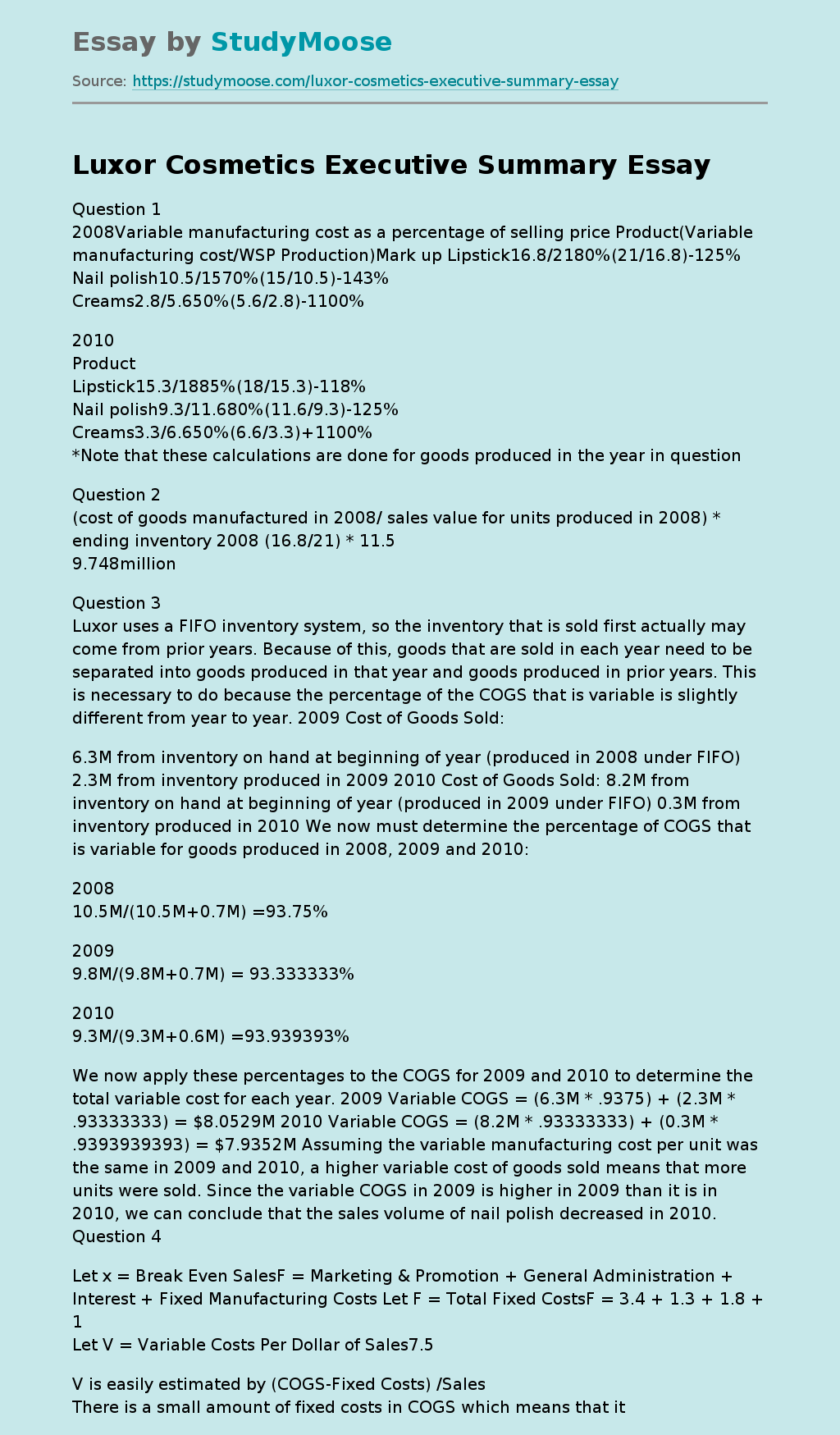