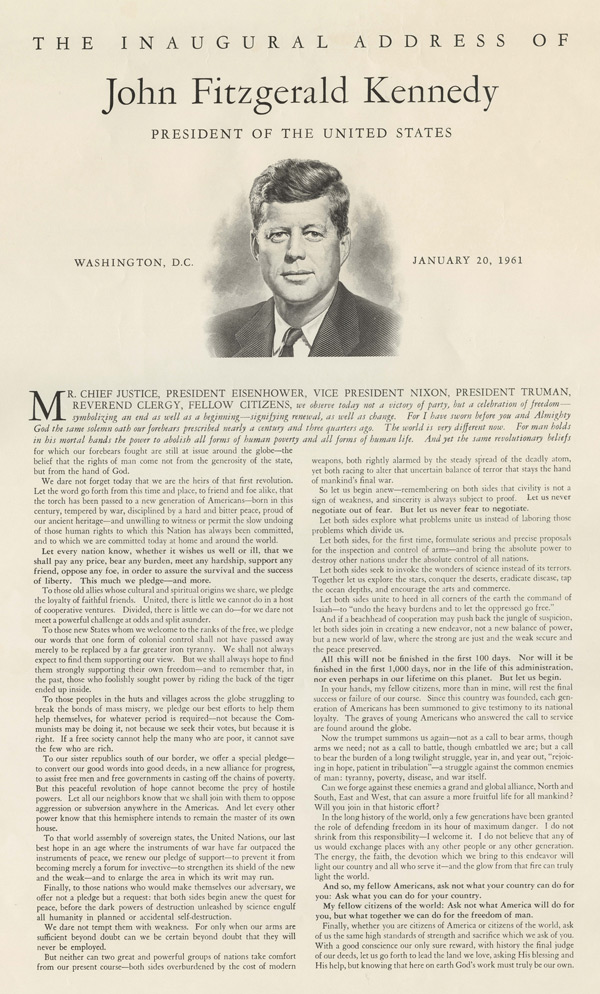 John F. Kennedy’s Inaugural Speech” was a speech given by John F. Kennedy on January 20, 1961, during his inauguration as the 35th President of the United States. In the speech, Kennedy spoke about the need for all Americans to work together for the common good, and he outlined his vision for the future of the country. He also called for an end to the Cold War and for a new era of cooperation with the Soviet Union.”