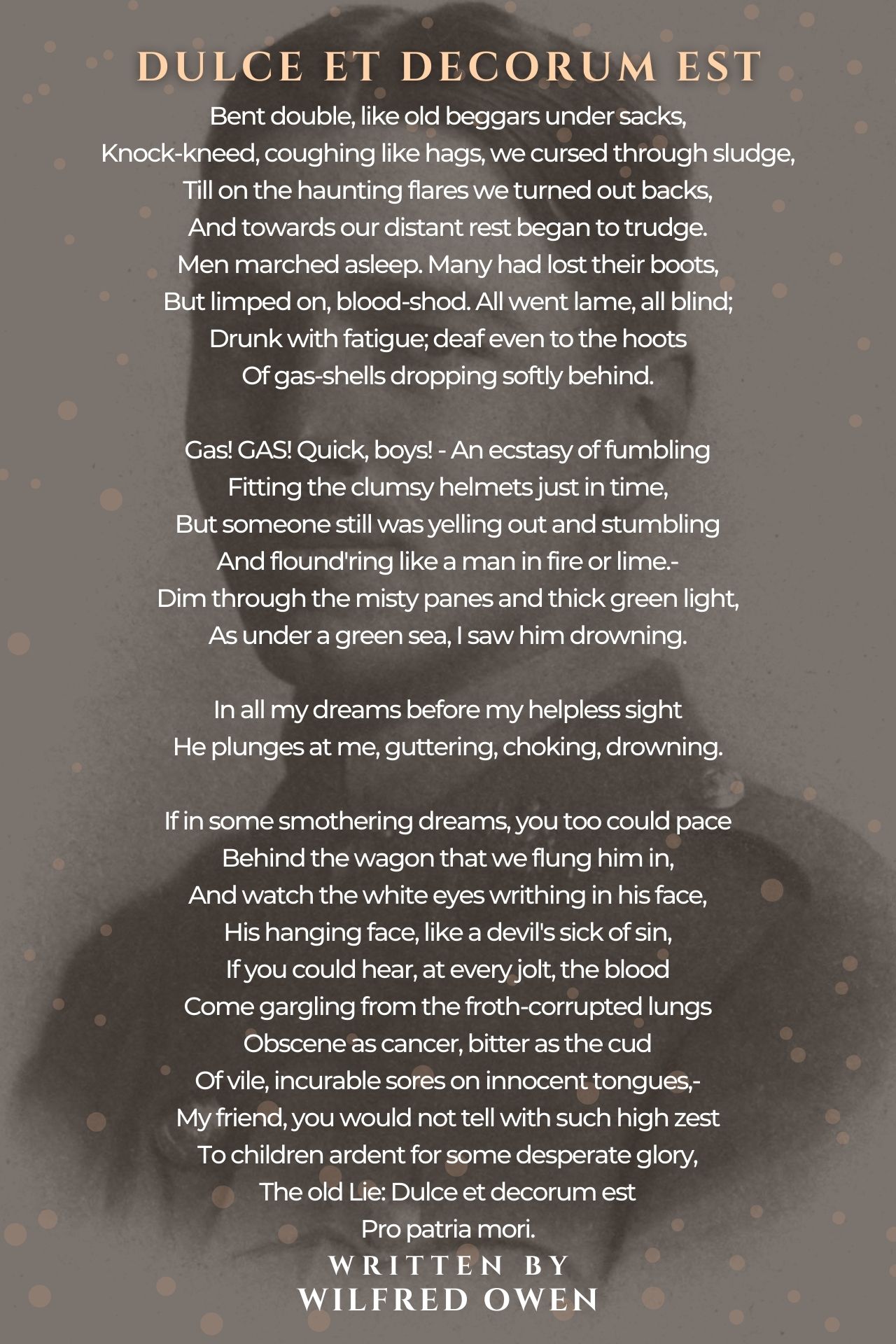 Dulce et Decorum Est is a poem written by Wilfred Owen in 1917, during World War I. The title is from the Latin phrase dulce et decorum est pro patria mori”, which means “it is sweet and proper to die for one’s country”. The poem is about the horrific experiences Owen witnessed during the war, and the death of a fellow soldier. It is one of the most well-known and renowned war poems ever written.”

Save Time On Research and Writing
Hire a Pro to Write You a 100% Plagiarism-Free Paper.
Get My Paper
We've found 13 essay samples about Dulce Et Decorum Est
Prev
1 of 1
Next
Other books by the author
Disabled by Wilfred OwenGreater Love
Similar genre
Autobiographical NovelAutobiographyDystopian FictionTreatiseCriticism PoemFictionFictional AutobiographyMemoirModernismGraphic Novel
Get to Know The Price Estimate For Your Paper
Topic
Number of pages
Email Invalid email

How do the poets convey the human costs of war in “Dulce et Decorum Est” and “refugee Blues”?
...In conclusion, I think that Dulce et Decorum Est portrays the costs far more successfully than Refugee Blues because the imagery is far more haunting and lingering partly because he addresses the listener directly towards he end of the poem, making t...
Still don't know where to start with your assignment?
Hire a subject expert to help you
Hire Writer
Live chat  with support 24/7
Don’t waste Your Time Searching For a Sample
Get Your Job Done
By a Professional Skilled Expert
HIRE Writer