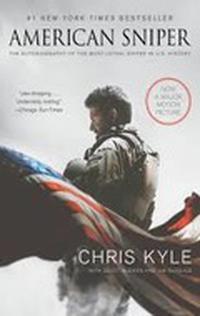 Chris Kyle was born in 1974 in Odessa, Texas, and was raised in a small town outside of Dallas. He always had an interest in guns and hunting, and he joined the U.S. Navy SEALs in 1999. Kyle was deployed to Iraq in 2003, and he quickly became one of the most lethal snipers in military history. He was nicknamed “The Legend” by his fellow soldiers, and he holds the record for the most confirmed kills in U.S. military history.

After returning home from his fourth deployment in 2009, Kyle struggled to readjust to civilian life. He founded a non-profit organization to help other veterans, but he was eventually killed by a fellow veteran suffering from PTSD in 2013.

Save Time On Research and Writing
Hire a Pro to Write You a 100% Plagiarism-Free Paper.
Get My Paper
We've found 6 essay samples about American Sniper
Prev
1 of 1
Next
Similar genre
Encyclopedic NovelWomen'S FictionPolitical FictionRoman À ClefPsychological FictionSpeculative FictionTragedyHumorFairy TaleHistory
Get to Know The Price Estimate For Your Paper
Topic
Number of pages
Email Invalid email