Don't use plagiarized sources. Get your custom essay on
“ Literature Review21 HISTORYThe role of suspension system on vehicles is to improve ”
Get custom paper
NEW! smart matching with writer

Literature Review21 HISTORYThe role of suspension system on vehicles is to improve. (2019, Aug 20). Retrieved from https://studymoose.com/literature-review21-historythe-role-of-suspension-system-on-vehicles-is-to-improve-essay 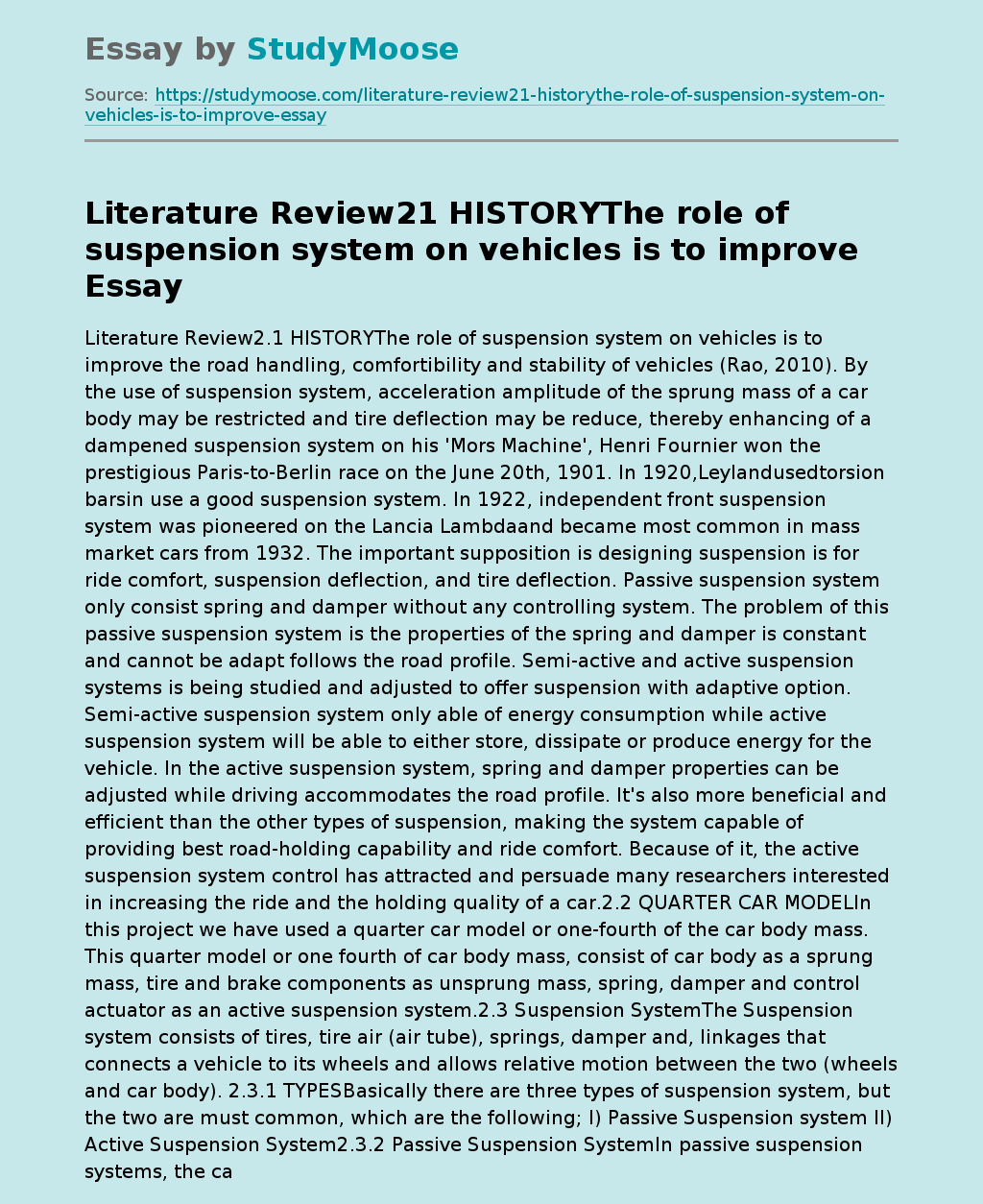