In 1900, the top three causes of death, worldwide were Influenza/pneumonia, Tuberculosis, and Diarrhea/enteritis. These accounted for about 60 percent of all deaths.

Don't use plagiarized sources. Get your custom essay on
“ Lifestyle Diseases ”
Get custom paper
NEW! smart matching with writer

Communicable diseases such as Malaria, Measles, Pertussis (whooping cough), Syphilis and Hepatitis B were also noted as significant causes. In 1900, Heart disease was ranked number four and Cancer number eight as far as being the cause of death. Since the 1940s, the majority of deaths have resulted from Heart disease, Cancer, and other lifestyle diseases. By the late 1990s, lifestyle diseases(degenerative), such as Heart disease, Type 2 Diabetes and the different forms of Cancer, accounted for more than 70 percent of all deaths.

8 years. However, what was regarded as age related diseases in the early 20th century, such as Type 2 Diabetes, high blood pressure, Heart disease and Obesity, is no longer the case. These diseases are now recognized as lifestyle diseases, and are now affecting younger members of the population in the western world. Some of the people are as young as 9 years of age. What are Lifestyle Diseases?

What are Lifestyle Diseases?

Lifestyle diseases (also sometimes interchangeably called diseases of longevity or diseases of civilization) are diseases that appear to increase in frequency, as countries become more industrialized and people live longer. These now include Type 2 Diabetes, Obesity, Nephritis or Chronic Renal failure, Heart disease, Alzheimer’s disease, Atherosclerosis, Asthma, Cancer, Chronic liver disease or cirrhosis, Chronic Obstructive Pulmonary Disease, Crohn’s disease, Osteoporosis, Stroke, Depression and Drug addiction, such as recreational as well as prescription drugs and/or alcohol. Some commentators maintain a distinction between diseases of longevity, and diseases of civilization. Certain diseases, such as Diabetes Type 2, Heart disease or Asthma appear to be more prevalent in populations living a “western lifestyle.” These are the diseases that can be greatly avoided with lifestyle modifications.

In most cases it is just a matter of modifying your diet and exercise regime. Diet and lifestyle are major factors thought to influence susceptibility to many diseases. Drug abuse, tobacco smoking, and excessive alcohol drinking, as well as a lack of exercise may also increase the risk of developing certain diseases, especially in later life. 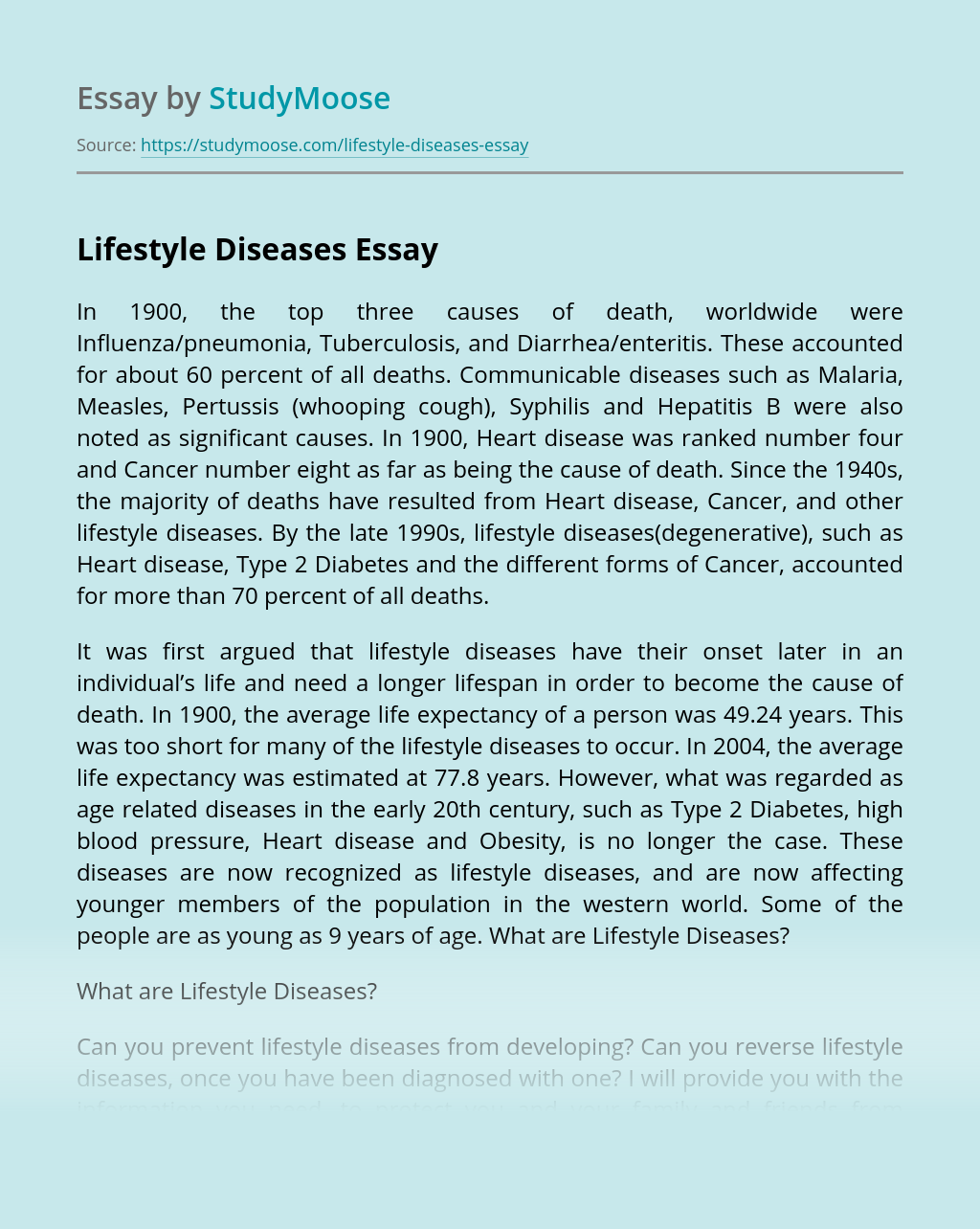