The purpose of this experiment is to use stoichiometry to predict how much of a product will be made in a precipitation reaction, to measure the reactants and products of the reaction correctly, to figure out the actual yield vs. the theoretical yield and to calculate the percent yield.

First, 1.0 g of CaCl2·2H2O was put into a 100-mL beaker and 25 mL of distilled water was added. The two ingredients were stirred to create a calcium chloride solution. Then, stoichiometry was used to determine how much Na2CO3 was needed for a full reaction: First, 1 g of CaCl22H2O was converted to moles: 0.

Don't use plagiarized sources.
Get Your Custom Essay on Lab Experiment Stoichiometry of a Precipitation Reaction Just from $13,9/Page

Then, 0 .72 grams of Na2CO3 was measured into a paper cup because that was the measure calculated for Na2CO3 using stoichiometry in the step before.

25 mL of distilled water was added and stirred. Then, that solution was poured into the 100 mL beaker and it formed a precipitate (calcium carbonate) instantly with the calcium chloride solution.

This experiment was successful. Stoichiometry was used to predict how much of a product will be made in a precipitation reaction, the reactants and products of the reaction were measured, the actual yield vs. the theoretical yield was figured out and the percent yield was calculated. 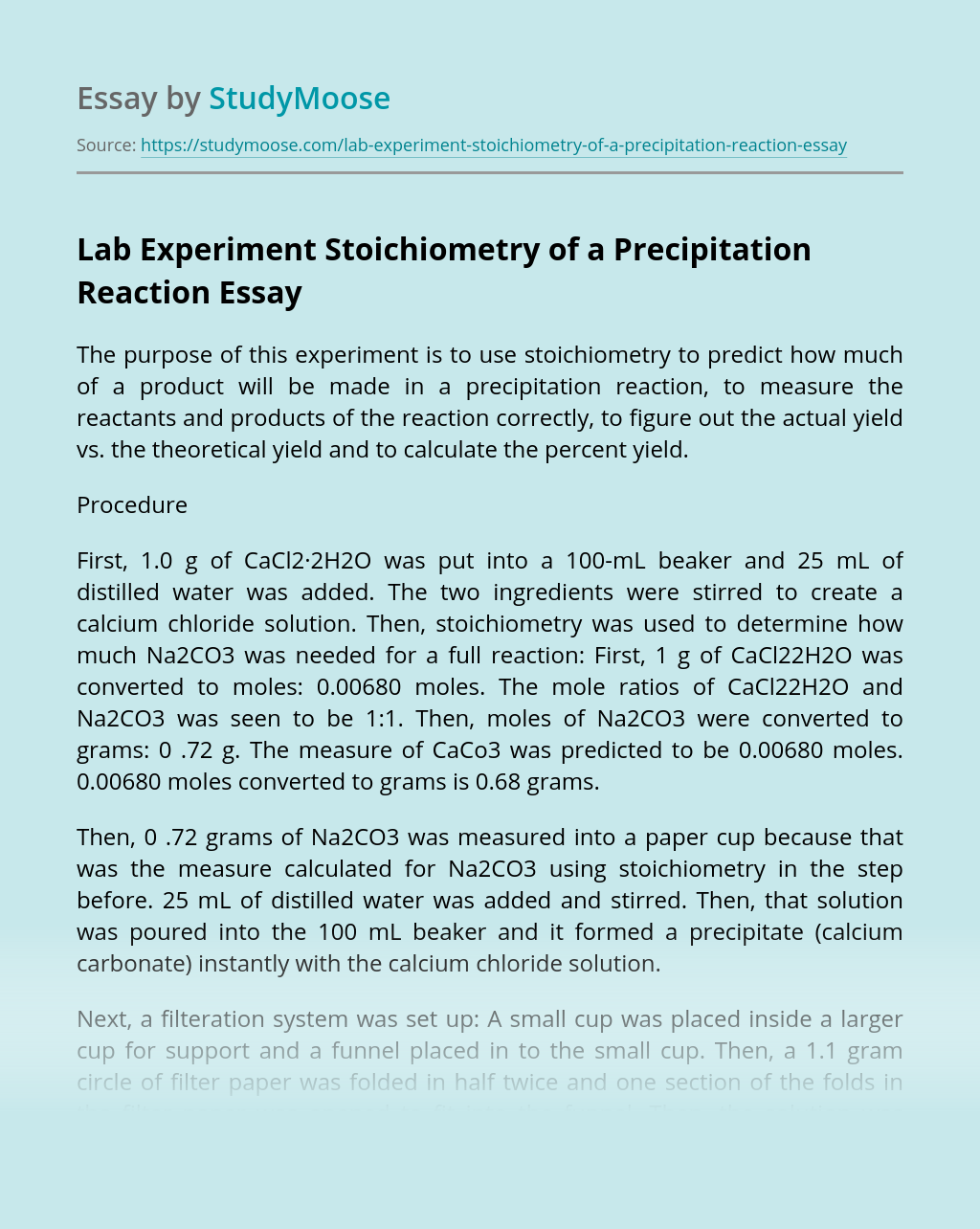 Pump and Dump: The Rancid Rules of the New Economy

View sample
The Great Depression in to Kill a Mockingbird

Why Us!? On September 1929, Andrew Mellon declared, “There is no cause to worry. The high tide of prosperity will continue.” It made the people wonder, “Is this true?” The people of Maycomb County, Alabama, had a long way to recovery. Many are dirt poor, and others were pulled down along with them. During the...