Don't use plagiarized sources. Get your custom essay on
“ IT Doesn’t Matter by Nicholas G. Carr ”
Get custom paper
NEW! smart matching with writer

Secondly, IT being an infrastructural technology, it’s meant to be shared as it provides more value when shared than in isolation. Mangers believe that the innovations brought by infrastructural technology will last forever. However, this isn’t the case. As huge amount of investment pours in, competition increases and the technology becomes cheaper and commoditized. The same thing has happened with IT (Carr, 2003). After establishing that IT isn’t that important, Nicholas then proposes some recommendation for today’s managers.

With every new technology becoming obsolete the next month, it’s better to wait and then make a move for the right kind of IT system (Carr, 2003).

Finally, IT should now be seen as important to the competition but insignificant to the company’s strategy. Managers should now focus on sustaining the current IT system rather than upgrading it, as a small disruption can have a destructive effect on the company’s profitability and reputation but an upgrade doesn’t contribute much to profits (Carr, 2003). 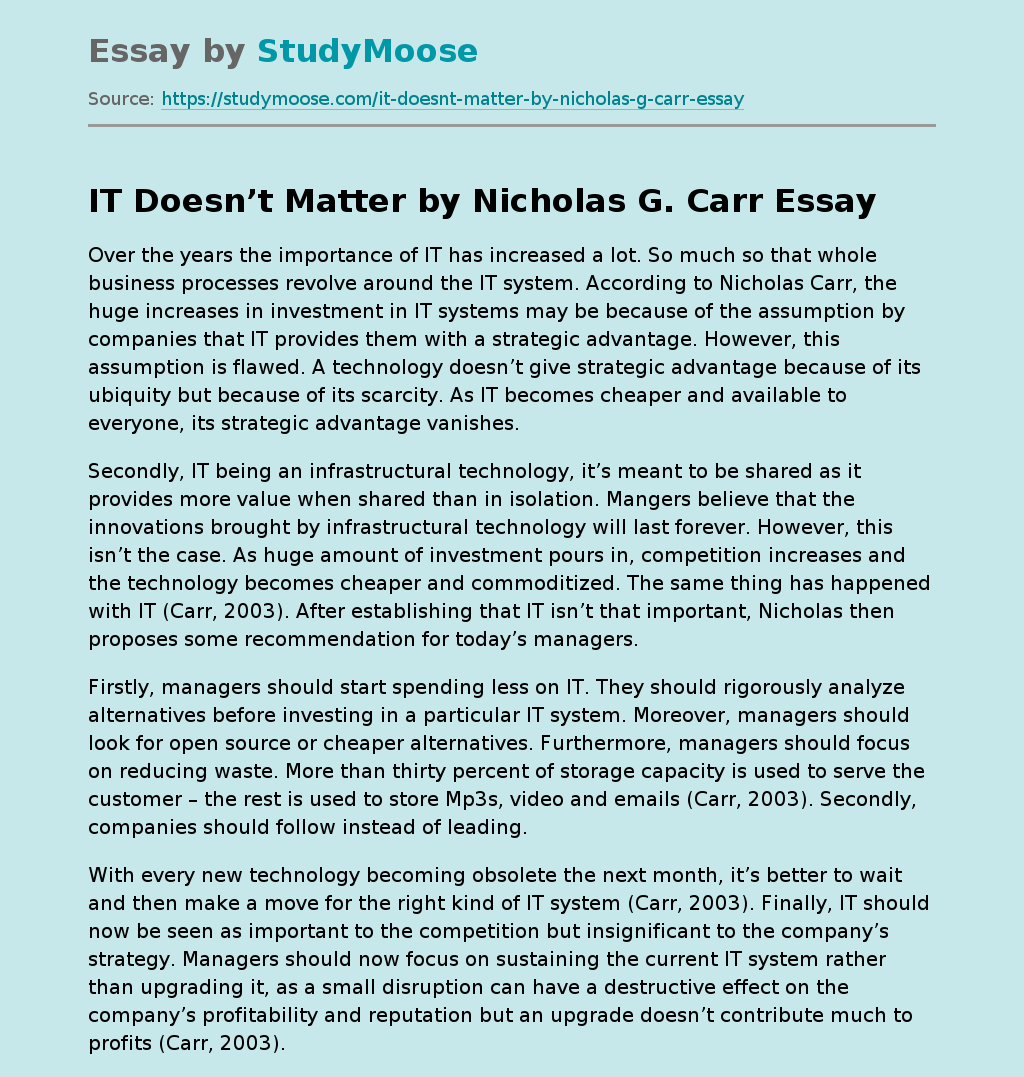